And just enough fuckwits voted for this stooge. Jeebus. Please get this administration out on it’s ass ASAP so we can spend less time cleaning up the mess.

so excited to find out just how far down this iceberg goes.

It is looking more and more like this scenario:

Agent Orange was aided in winning the US election in exchange for a fat check and a blind eye to Russia’s aggressive oil-rich land grabs.

Among the many, many strange things about all this: my father and uncle both served in the military and were stationed in West Germany during the early 80s. They saw firsthand the brunt of Soviet autocracy; they loved Reagan for his uncompromising stances on liberty, freedom, and democracy. They worst thing they could ever call someone they disagreed with was a “Communist”, and if they didn’t add the word “bastard” right afterwards, it was only because they felt the epithet was obvious.

They are (what else?) huge Trump fans with their MAGA caps and their Lock Her Up chants. And to hear them vacillate and equivocate and hedge on this very subject I believe their younger selves would be disgusted beyond belief.

And don’t get me started on the TRAITOR over in the corner texting the Kremlin.

Also: where is Dick Cheney on all this? Rumsfeld, Powell, Romney, McCain, Jeb Bush, Condoleeza, Susan Rice. Jim Baker, Bob Gates, Jack Kemp, Kasich - this is something establishment realpolitik Republicans should be jumping all over to condemn and plant the seeds for whatever druthers they might be shooting for in 2020.

Well - what did they talk about?

I get frequency and who it was is a red flag - but if they intercepted calls, then what were they talking about?

How big of a deal is this?

Can I get an Idiot’s Summary? What’s happened today that didn’t happen yesterday? Who’s talking on the record about this? (I thought we already knew Trump was in contact with Russians before the election per the intelligence-agency leaks and were in full “some people are saying…” mode, without anything more concrete to do?)

All the way to Russia would be my guess

What did they talk about? With Russian intelligence?

He was quick to condemn the Muslim Ban exec order. That made my head spin around.

I’ll put it like this: The IC would not be leaking this shit unless they felt they needed to, in order to force the American people into action, demanding Congress do their job and impeach. If/when transcripts leak we shall see, but there’s no way it’s good. I thought impeachment would take 3-6 months, now I am thinking it may be next couple weeks.

With the GOP Congress we have, I’ll believe in impeachment when I see it. Even though I imagine a lot of them would greatly prefer Pence as President, they’ll sit on their hands as long as they possibly can.

My father served in the Pacific in WWII. I saw a man who may’ve been a few years younger than my dad would’ve been (94) wearing a MAGA hat. I wanted to ask him, “Is that hat what you went and saved democracy for?” but that would’ve presumed he’d been to war. Dad would be absolutely appalled by the rankness emitting from D.C.; but then again, he was a Truman Democrat.

Seems like a good time to bring thIs up again:

Tom the Dancing Bug, IN WHICH Donald J. Trump is abducted by Russian spies who attempt to brainwash him into becoming an unwitting Russian sleeper agent! Will they succeed??

So in the midst of all this Russia tests a missile violating a treaty that dates back to the end of the cold war. 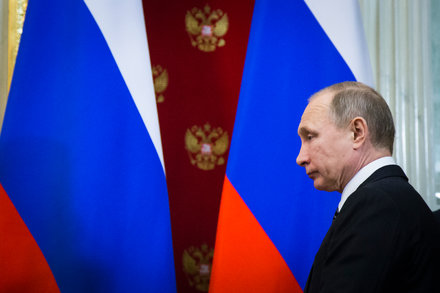 Moscow is believed to have two battalions of the ground-based missile, and it has moved forward despite U.S. protests, administration officials say.

This was back in October, and feels pretty inevitable at this point. "I don't think you can influence any Trump transition unless you are a Martian or can provide him with casinos," the consumer advocate told us.

The main thing, if Trump is set loose, will be the hope that chaos reigns until midterms that way Pence can be blocked so jack shit can happen until another election.