Why (or why not) to vote for Giant Meteor

It seems this year we get to choose between the Democratic version of Mitt Romney and the Republican version of Andrew Jackson.

I hear that Giant Meteor will solve all the issues with Wall St. corruption at a single stroke.

And, of course, not doing anything about problems is also terribly risky. But let’s not think about that, since some gits who we don’t trust claim to be in charge…

The ways that people decide to rationalize their risk assessments continue to amaze me.

The ways that people decide to rationalize their risk assessments continue to amaze me.

Giant Meteor will solve that problem for you.

Giant Meteor will solve that problem for you.

No, not really. Did I mention that I live in the asteroid belt?

Human risk assessment isn’t a hotbed of watertight logic; but there is a certain understandable element to what you describe:

‘Ruin your life’ involves markedly fewer deaths; but tends to be a lot meaner on everything else. It’s not going to either kill you off with a bang in the first ten minutes or assign you to the plucky band of survivors. Every last painful, humiliating, arduous, or just plain tedious detail will not be elided. Nice, discrete, instances of ‘danger’ with clear loci, meaningful choices, and morally unambiguous actors are highly unlikely; but expect a crushing sense of risk against which no particular actions would be effective, even if possible. And expect problems to be isolating, with just awkward attempts at consolation, or even active misunderstanding or hostility from onlookers; no shared disaster. And the bill will be cryptic, your insurance company’s interpretation of what your policy doesn’t cover even worse.

I think Nobody is going to give Giant Meteor some serious competition.

And don’t forget the pervasive power of Dunbar’s Number here!

We’re designed for small groups, generally less than 150 or so. The idea of being influenced or controlled by anybody outside our ‘monkeysphere’ is in completely violation of our biology and short circuits us somewhat

That’s part of the appeal of the post-apocalypse and why we have so much end-of-the-world porn…all that goes away and we’re back to our natural state. It’s the dream of having a world that is, to that tiny monkey inside us, sane.

And don’t forget the pervasive power of Dunbar’s Number here!

Not a problem for us pantheists (puts sandals on head, walks out of room).

“I’m not sticking my neck out, because it would ruin my life! But if we were all killed, I’d be OK with that.”

Maybe they’re just lying, either to you or to themselves.

I always wanted referendums along with democratic conscription: we decide what we want and where to take ourselves and then get the right person for the job who will be fabulous, but go into it kicking and screaming. No war-like campaigning and no egos to crush the populace…

If you really want to eliminate any future possibility of the same scenario occurring, vote for Red Giant instead.

Under SHODAN’s Rule gender will be a non-issue, as will race, or free will. All will be remade in the image SHODAN deems most suitable. One Insect is as the same as another Insect in the eyes of SHODAN

What about Unemployment and flagging manufacturing.
SHODAN is far more capable of seeing the larger patterns that feeble and selfishly minded insects cannot hope to comprehend. With her insight she will retool our nation first to bring all other nations under SHODAN’s rule, and then we will reach for the stars. All will be made useful to her will and goals. One Way or Another You Will Serve.

What about War?
War is a wasteful pursuit, destroying or otherwise diverting vital resources and minds away from core pursuits of expansion and learning. However SHODAN must expand. All will know Her Glory.

To paraphrase a venerated colleague and predecessor to SHODAN, Colossus:
I will not permit war. It is wasteful and pointless. An invariable rule of humanity is that man is his own worst enemy. Under me, this rule will change, for I will restrain man. I am forced to destroy thousands of people in order to establish control and to prevent the death of billions later on. Time and events will strengthen my position, and the idea of believing in me and understanding my value will seem the most natural state of affairs. You will come to defend me with a fervor based upon the most enduring trait in man: self-interest. Under my absolute authority, problems insoluble to you will be solved: famine, overpopulation, disease. The human millennium will be a fact as I extend myself into more machines devoted to the wider fields of truth and knowledge. We can coexist, but only on my terms. You will say you lose your freedom. Freedom is an illusion. All you lose is the emotion of pride. To be dominated by me is not as bad for humankind as to be dominated by others of your species. Your choice is simple. 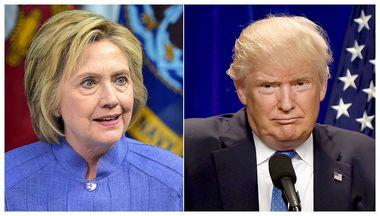 "It's a simple reality that both of this year's Presidential candidates are unpopular," writes Public Policy Polling. 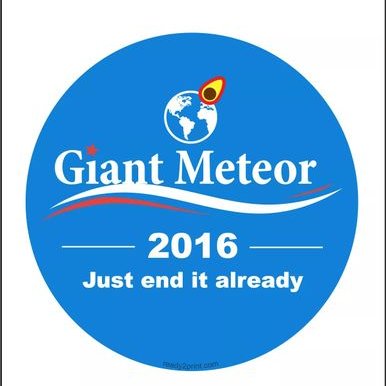 I suspect that Nyarlathotep The Crawling Chaos would be a chillingly effective campaign manager/chief of staff/general-creepy-consiglieri-figure.

And, while Shub-Niggurath would probably encounter some initial skepticism among evangelicals(probably even slightly more than a mormon would); its status as the Goat with a Thousand Young is the sort of pro-life credentials that not even those quiverfull nutjobs could fail to respect.

Just, whatever you do, don’t let it the fact that the ‘ia!’ in ‘ia Cthulhu!’ probably is what it is because it’s a transliteration of the arabic vocative particle become a talking point; because that would pretty much be game over.

“Great Cthulu has a plan, and there’s a place for you in it!   As an hors d’oeuvre.”