Why silent light switches are banned

A few years ago I was designing several display kiosks that were to be activated when one part was rotated by interested patrons. To keep it very simple I thought of using mercury tilt switches.

So I went online to see if they were still made. The very first hit then (as today) when searching “mercury tilt switch” is a Scottish rock band. Mercury Tilt Switch - Wikipedia . Why? Who cares, it’s odd and should stay that way.

Did they stop making cheap thermostats with bi metal strips and a mercury tilt switch? I feel like those are just as likely to contaminate a building.

i’m surprised there aren’t some sort of wall switches which operate on capacitance – or however laptop keyboards do it. ( i get that mercury switches were probably very cheap. )

For those that just can’t stand the unbearably loud clicking of a conventional light switch, capacitive switches that have no moving parts are cheaper than ever.

Did they stop making cheap thermostats with bi metal strips and a mercury tilt switch?

Probably not, but their sale is banned in the US as of 2006.
Also included in the ban was putting those mercury switches into land fills.

well, it does make you look older…

we had a '65 chevy impala that had a trunk light that operated when the trunk was open by a mercury switch. i always thought that was neat-o!

You CAN still make completely silent switches that don’t use mercury-- Magnetic, capacitance, solid-state sensor, or even a non-mercury tilt-switch could be made silent.

And then there is Cody.

If anyone wants to use mercury tilt switches in their own projects, you can still buy them on eBay and elsewhere. China still makes them by the thousands, even if not all countries allow them anymore. I have a little stockpile of them because they are a great solution in many situations and the modern replacements are either very complicated (accelerometers) or not reliable (the ball in can type).

Just to explain
Your statement about how the thermostat works when heated applies to using it for AC cooling.
As the bi-metal coil gets hotter the cooling system turns on.
When you fan the coil and the mercury flows to the left the far right contact opens and the AC shuts off.
As a heating system thermostat the left contact is made and as the room temperature goes up the mercury flows to the right thus
opening the circuit and shutting off the heat.

Why silent light switches are banned

Fixed that for Frauenfelder:

“Why silent light switches with toxic chemicals are banned”

My childhood home’s thermostat had a magnet on the bimetal strip and a reed switch. The nice things about that are the wires were stationary- a mercury switch would need to be on the moving bimetal strip- and there was a little built in hysteresis so the heater would slightly overshoot the temp before turning off.

I forget if it was a SPDT reed switch, but it also ran the AC.

Do you know if anyone is doing mercury-style tilt switches, rather than the ball type, with other low melting point options?

It certainly wouldn’t be the budget choice; but indium-tin-gallium seems like it would do the job unless you need operation solidly below zero; and sodium/potassium might be something you could get away with inside a sealed switch.

None of them look as good as mercury(literally, in the case of the gallium-based ones, which will wet the glass and absolutely ruin the aesthetics of a clear enclosure where you can see the little mercury blob working merrily away); but off the cuff they seem like they’d at least work if you don’t want to debounce an indecisive ball bearing.

Never bought them, but this site appears to stock the real thing, at least for 12/24vDC use: 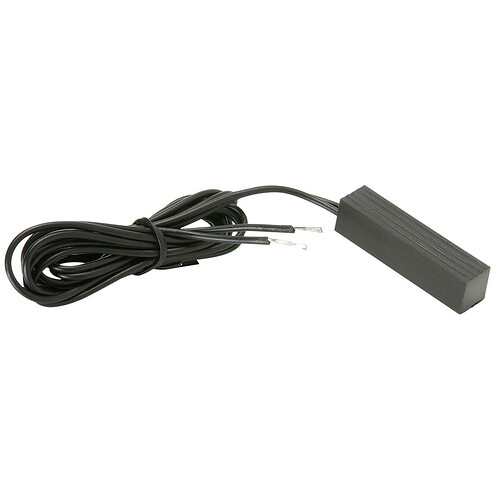 Good question. I have not seen them myself. I needed a reliable tilt switch for a project a couple of years ago and went looking pretty hard at the options. All I could find for passives was the ball-in-can type which are annoying (only about 80% reliable and very sensitive to orientation). I ended up buying mercury switches on eBay and feeling slightly guilty about it.

TL;DW: It’s to prevent arcing on the contacts as they separate. AC current needs to have a very fast snap action on the contacts or they get burned up over time. Hence all AC devices being very clicky.

i love that youtube has speed control. at 1.75 he talks about as fast as an average new yorker.