Will you miss the headphone jack?

I guess there are adapters for that, too?

obviously you’ve not lived with USB-C on a macbook

95% plus of people buying a new iphone will only ever use it with the headphones that it came with. Most of those who don’t will use them with wireless Beats headphones, which will also automagically pair with the next revision unless everyone at Apple and Beats suddenly lose their minds.

I use Bluetooth in the car, because it is simple, and it automatically connects when I start my car, whether my phone is plugged into my phone cradle or still in my pocket.

If I’m listening to music at home while relaxing or cooking, it’s over proper speakers, so the headphone jack is not even a part of that scenario.

If I’m listening to music while doing household chores, exercising, or doing yard work, I’m wearing Bluetooth headphones, because I don’t need a cable getting in the way or getting snagged on something and yanking my headphones off.

So the only place where it would really make sense to wear wired headphones anymore is at work. And since I’ve switched to a sit/stand desk, I’ve found that wired headphones are, once again, a pain. I have to make sure that the cable isn’t in the way when I lower the desk, so the scissor hinge mechanism doesn’t live up to its name, and I usually have to move it around when I stand, so that it doesn’t get snagged under the desk and pull my headphones off as I stand up. So even there, I’m finding that Bluetooth headphones are more convenient.

At this point, my phone’s headphone jack is little more than a place to collect pocket lint.

Rockbox is an operating system / firmware itself, not an application. That’s probably why there is no stable port for Android.

Rockbox is BOTH a front and back end. The front end HAS been ported by several people, I just haven’t found one that will run on the latest Android. I did get it to run on an older version.

What headphones are you using? I have a hard time finding decent cheap Bluetooth headphones. 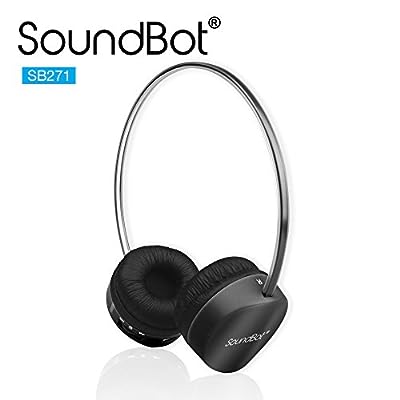 The latest version of the wireless bluetooth mouse and keyboard that Apple sells automagically pair when you plug them into the computer – and doing do also charges the battery. Ditto the Apple Pencil.

Good thing their computers (macbooks) no longer have ports for charging other devices!

obviously you’ve not lived with USB-C on a macbook

I am. So I can say, yes there will be a huge rectangular external 1980’s style dongle that will cost $100 that you can carry around with you so that you can charge and listen at the same time. Apple really should have put a regular usb3 port on the other side of the macbook, the dongle is ridiculous.

I would rather deal with occasional BT issues, than routinely have my corded earbuds ripped from my ears as I move around. I would also prefer not to have a connector that means DRM audio can be reinstated if the manufacturer so chooses. And one that allows phone manufacturers make phones uselessly thin, with even less battery life. If you have continuing problems with BT, the problem is with you or your equipment, not with the standard. And if you can’t figure out how to pair a BT device, maybe you should stick with an analog solution after all. Technology isn’t for everyone, I guess.

I keep using some craptacular 10 € Sony headphones. I’m a bit of a klutz, so it’s nice to have some cheap replaceable gear for the inevitable time when I lose them again.

Did Bluetooth headphones a while back. The stupid things were designed to go around the back of my head, while I kept my phone in my jeans pocket.

And then the damned Bluetooth connection would cut in and out when I was trying to listen to music.

Gave up on that experiment. Used corded headphones ever since.

Of course, we know the REAL reason why Apple and other manufacturers want to ditch the headphone jack - so they can replace it with something with DRM and make sure music and such can’t be ripped by something plugged in that way…

On my last several phones, BTLE has used less battery than the built in speaker or the analog headphone jack.

I’m guessing because it costs less energy to send a weak signal to a pair of self-powered headphones than it does to actually kinetically drive the speakers in the headphones using the phone’s battery.

At this point, my phone’s headphone jack is little more than a place to collect pocket lint.

keep it. You’ll never know when you’ll need it.

[spoiler]GET SATCHEL FLUFF from the gown. You should now have satchel fluff,
jacket fluff, seat cushion fluff and pocket fluff in the inventory.

GET FLOWERPOT from the thing. PUT ALL FLUFF IN FLOWERPOT. [/spoiler]

I heard a pundit on the radio this morning say the headphone jack is being removed because it isn’t ‘reliable’.

i wonder whether it has any connection to drm? after you remove analog access, it seems it would become easier to move to something like hdmi for audio. tho i can’t imagine anyone ripping audio like that these days –

The only connection more reliable than TRS is a mainline into a vein.

Hard to buy Apple doing this for sound quality. They haven’t given a shiny rounded portless shit about it in the past.

Except for the 3.5mm optical out on all of their computers since, oh, 2006 maybe? They must have included that out of indifference to sound quality.

If Apple goes Bluetooth-only for the new iPhones, they’ll be using v5, which has at least eight times the bandwidth of whatever you’ve ABXed in the past, so sound quality should be significantly improved.

I dislike Apple immensely. But I feel in recent history there is two things I have agreed with.

And removal of any optical drives

Especially if it’s one of these suckers. 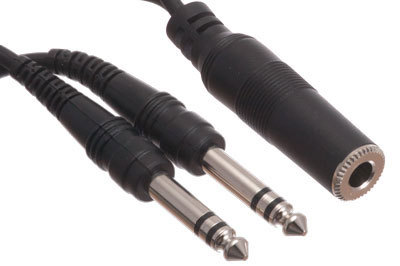 The smaller varieties, not so much.

What variety is this? Need a banana for scale

I’m guessing these are supposed to be 1/4 inch right?