They say efficient markets depend on having perfect information about our spending choices. Well, we’re nowhere near that, but damn it’s nice that Twitter helps us know which businesses to actively boycott.

Perhaps he will no longer be a co-owner. 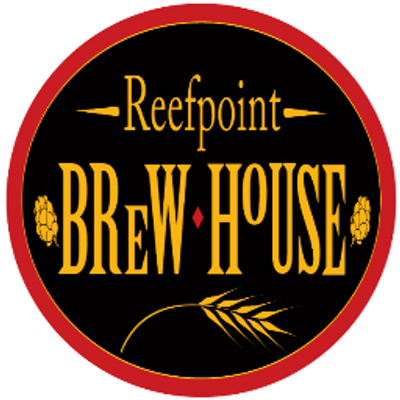 We Co-owners of Reefpoint Brew House do NOT support John Valko's statements and comments made by him on his... fb.me/1oaEMfECT
21 Likes
timrowledge September 28, 2017, 5:08pm #6

Feeling generous today, so I’ll give him the benefit of the doubt and assume he’s not talking about killing all NFL players who kneel, just a certain subset.

I’m also wondering how many of the co-owners avoided karma simply because they were smart enough to keep their bigotry to themselves?

So much for the Tolerant Right.

America is great because of the many freedoms all citizens MUST NEVER EXERCISE.

I’m still attempting to integrate the reality of Trumpism (and the various flavors of supporters thereof) into my own belief system. Today’s incremental advance is a realization that this shit is gonna get a whole lot worse before it gets better.

I need a banana-look-at chaser, stat.

Only the classiest of bananas, my good sir.

This person is severely confused about rights and duty.

Personally I prefer to engage people like that with debate, which is easily done in this instance, as opposed to stripping them of their livelihoods. That has the possible benefit of actually changing their mind. This mass humiliation way of going about it doesn’t really try to change their thinking, it just bullies them into shutting the hell up and severely punishes them far worse than if they had committed an actual crime.

I know it’s a tricky area, and the recent white supremacist flare up was of course a good example of what happens when groups of people who have stupid and dangerous ideas band together and declare they don’t care if they’re wrong. But still, these internet lynch mobs or whatever you want to call them make me supremely uneasy, especially for a comment on a Facebook post.

I guess you’re not supposed to say this, but I believe there is an approximately 0% chance that that guy can be reasoned with. Does that mean shining the spotlight on him like this is a good play? I don’t know. But I’m comfortable writing this one off.

A decrypto-fascist in Wisconsin can advocate for violence and murder and maybe the media uproar can lead to karmic consequences such as a boycott of his business for openly advocating for twisted anti-social ideals.

And perhaps such actions by the greater part of society can help others see that views such as this co-owner’s are repugnant.

This tRumpet is a poster child for reich wingers.