Kyle Rittenhouse broods after venues — including tonight's — keep canceling on him

Originally published at: Kyle Rittenhouse broods after venues — including tonight's — keep canceling on him | Boing Boing 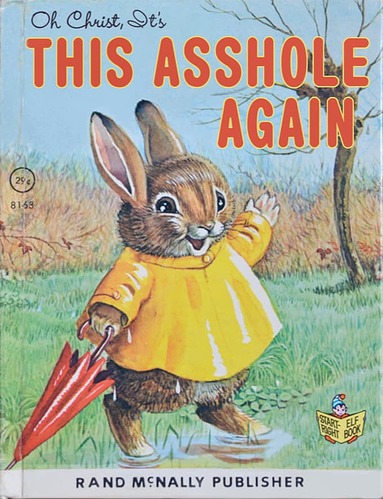 “I tried to promote it to get people to come and hear about censorship and the Second Amendment and they didn’t like that,” Rittenhouse said

I have a conservative colleague who is also very concerned about attacks on free speech, and how Twitter blocks users, and voices are being silenced, and so on. I once asked him how he felt about the “Don’t Say Gay” laws in Florida and elsewhere… weren’t those laws an example of censorship, of government over-reach? And did he know that the American Library Association has logged record numbers of challenges to books, and that conservative groups (not “woke” liberal groups) were behind every single challenge?

I know it’s asking a lot, but I really wish “free speech” idiots would think about things like “Don’t Say Gay” laws or book bans. They are literally examples of what they’re boo-hoo-ing about.

I know it’s asking a lot, but I really wish “free speech” idiots would think about things like “Don’t Say Gay” laws or book bans. They are literally examples of what they’re boo-hoo-ing about.

It’s not censorship when THEY do it. It’s “fixing America’s Moral judgement from GOD”

The MAGA darling accused of killing two men with an AR-15 style weapon at a protest (but was found not guilty of murder) thinks it’s “unfair” that nobody wants him to speak on their stage.

He literally killed people and got away with it to get on that stage and is pissed that some people don’t want him up there because of what he did. This should be like the Chicago Cubs winning the World Series joke that ran for decades. I can see it now “this just in, Kyle What’s-his-name finally got paid to talk in front of people.”

If this fascist crybaby wants to be immortalised as a right-wing martyr, he really should read up on Horst Wessel.

The “get away with murder kid” gets a lot of news coverage and is quoted quite frequently in the press, for someone who won’t shut up about how silenced he is. Since murderers aren’t a protected class of citizens, venues should be completely free to only cater to the non-murdering public. 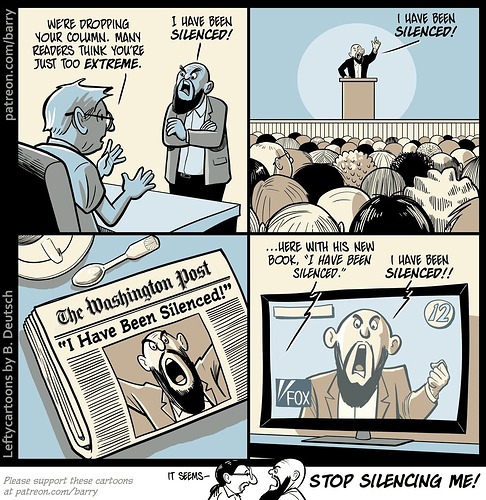 Rittenhouse is an unrepentant murderer, but even if his actions had been justified somehow I don’t see how killing two people in the street ought to make him a sought-out public speaker.

There are lots of people who have carried out acts of arguably justifiable homicide, such as people who fought for a morally justifiable cause in war or people who killed defending themselves or their families from violent attackers. But you rarely see those people touring the country demanding speaking fees to talk about the time they ended someone’s life.

Yeah, it was never disputed that he didn’t kill two men with AR 15. You can say he was accused of murder charges, but he did kill two people no accusation there just say it.

Yeah, he’s literally only famous for having killed two people; that’s the only notable thing that he’s ever done in his life. Why the fuck does he think that action means he deserves a stage? That anyone thinks he does shows the absolute moral depravity of the American right.

But you rarely see those people touring the country demanding speaking fees to talk about the time they ended someone’s life.

I’d go further than that: you don’t see those people at all, from other political leanings. (And not just because the cops tend to murder them.) The closest you might see is someone who was known for other things that also happens to have killed someone. They’re touring despite that, not because of it, and certainly not because of that and that only.

Gun-totin’ Kyle Rittenhouse is pouting after another event venue canceled on him. The MAGA darling accused of killing two men with an AR-15 style weapon at a protest (but was found not guilty of murder) thinks it’s “unfair” that nobody wants him to speak on their stage.

You don’t have to say “accused,” since it’s an accepted fact that he killed them.

You’d be surprised how many lawyers will seek out specific kinds of language just to throw out C&D and shut down any and all criticism, especially of beloved figures on the right. So, yeah… they probably need to cover their asses and use that kind of language to avoid being targeted by frivolous lawsuits.

Here’s the short, short version of the conservative theory of “free speech”:

It’s illegitimate, bordering on tyrannical, for one private person to refuse to give another private person a venue to say whatever they want. “Free speech” means you can, and should, and must, be forced to host everyone and anyone’s speech, without criticism, because criticism is indistinguishable from censorship.

you can, and should, and must, be forced to host everyone and anyone’s speech, without criticism

Everyone and anyone meaning them, and not anyone who is critical of them.

Less so, but he’s also a bit famous for punching that teenage girl on video.

I know that was a rhetorical question, but he’s a sought-out public speaker because he realized the ammosexual fantasy of a private citizen actually using an open carry law to kill people with his expensive and dangerous toy.

He not only did it, but did it twice in one night. Plus his victims’ profiles make what he did even more exciting for gun fetishists who dream of being the Good Guy with a Gun: Both men he killed had extensive arrest records; one was even a convicted child molester with a Jewish name (which is like the holy grail of right-wing boogeymen); and neither was Black so they don’t have to worry about being called racist for supporting him.