American media like to portray Americans as politically ignorant to the bone, but as a Brit

He’s like a fecal version of Midas; everything he touches turns to shit.

And its a Herculean task to clean up that Augias’ stable.

Please, someone. Hoover-dam this away in an environmentally acceptable way.

To be fair…protesting racial inequality and social injustice and protesting Trump are one in the same thing.

Yep. It didn’t start as a protest against Trump but it sure as heck is now.

I know stats is hard, but it seems like the numbers sort of imply that this means that no one changed their minds, but Trump managed to obscure what the protests are about.

Which kind of sucks, because it takes attention away from the issue of official injustice and brutality, and brings the attention back to Trump. the man is a damn vampire

I find that in my facebook feed, it tends to be military family supporters who are the most confused over what the protest is really about. There are a few who understand that it’s about police violence, but still think it’s their prerogative to be able to dictate terms (“not like this”), while many more are conservatives that I know didn’t pursue a critical-thinking styled path after high school.
This is the outcome that is most disappointing to me, because although some of my fellow high school graduates who may have been rather narrow in their views in our youth have since gained a more broadened viewpoint since then, some of them appear to have decided that receiving a focused training (military, law enforcement, etc.) was quite sufficient. It’s like they figured they could just put their minds on cruise control for the rest of their lives.

ETA: To provide equal balance, I also must point out that (I think) five of my fellow classmates from high school who did go to college invested heavily in the payday loan industry after a small contract windfall from the Atlanta Olympics.
I guess it goes to show you that enlightenment doesn’t necessarily bring kindness.

Takes on the NFL and loses.
His endorsed candidate - Luther Strange - just lost the republican primary for jeff sessions’s vacated seat (and trump tried to retcon history by deleting his tweets)
Failed to repeal and replace obamacare.
Claimed he would stop North Korea from launching more missiles - they’ve launched more missiles in the first 9 months of his presidency than in all of Obama’s presidency.

Basically he is the weakest president we’ve had in modern history. He can’t even win a twitter slap-fight much less govern.

I don’t know if it’s helpful, but you might show them this article. Kneeling in protest was proposed by a veteran, as a way to protest respectfully 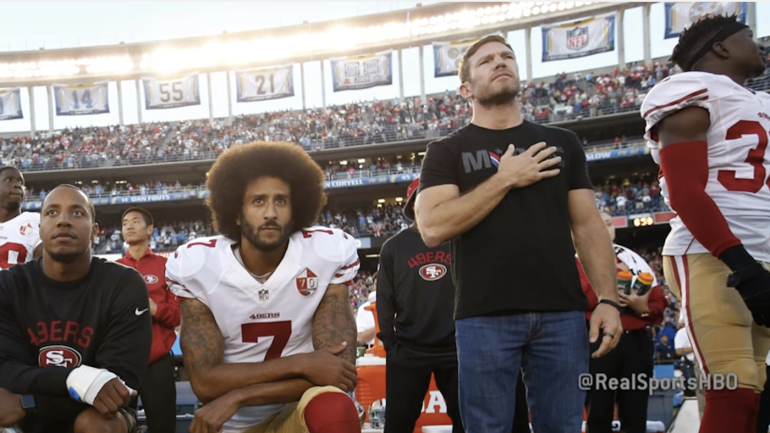 Dear Donald,
There’s this great thing called neo-liberalism. It’s fantastic, it’s literally huge, it’s the best. You should get to work on it, seriously, put your gold logo all over it, make it a million times better than it already is, and I mean, if anyone can make neo-liberalism great again, it’s you. It would be incredible if you spent the next three years improving it.

He’s like a fecal version of Midas; everything he touches turns to shit.

This is good though, since he’s helping ruin the GOP brand with every angry selfish tweet.

I honestly don’t really know what to say about the kneeling protest being co-opted because 45 is a dickwad who never knows when to STFU.

One the one hand, until he opened his big fat mouth, attention to kneeling at NFL games was ebbing; but by focusing on it instead of PR’s current cataclysm, 45 reignited interest.

On the other hand, trying to redirect the original meaning behind the silent protest gesture is problematic; team owners etc likely don’t give a damn about Black people being abused and killed by cops or all the other injustices that go on unchecked in this country.

I guess the only thing I can say to anyone protesting in good faith against racial injustice is don’t let them; get even more visible and persist in making it clear why you are your knees.

BTW, it looks like this really just started because of his petty anger about his blunted ambitions to own an football team himself. His failures started with being called out in 1984 (its totally worth reading the letter): "Right in the mouth."

He later pushed the USFL to go head-to-head with the NFL and they beat his ass. And as recently as three years ago he tried to buy an NFL team and failed.

Donald Trump found himself across the field from the NFL long before he became U.S. president and took on the league Friday night from a ...

Here’s a clip of Shannon Sharpe calling out the hypocrisy of the billionaire owners pivot from pro-Trump to racial justice warriors:
Shannon Sharpe’s response to President Trump’s comments about the NFL in Alabama
If only the talking heads on cable news could see things so clearly and convey it with such force.

Stick around long enough, and you’ll see it all.

If only the talking heads on cable news could see things so clearly and convey it with such force.

Too true, but don’t count them all out.

“It wasn’t their conscience that moved [NFL owners]. It was their cash.”

ETA: I see it’s the same guy! Anyway, yes! It bears watching several times, like I have. So here it is again.

@SportyByNature
He 👏🏽 called 👏🏽 everybody 👏🏽 out. "I'm even disappointed in one of my best friends, Ray Lewis" https://t.co/ne8FJClvp9
8 Likes
next page →