Originally published at: You have to watch the racists who held a press conference affirming racism | Boing Boing

“I’m not going to really speak to my parody Twitter account. I can see where you can try to link the two.” 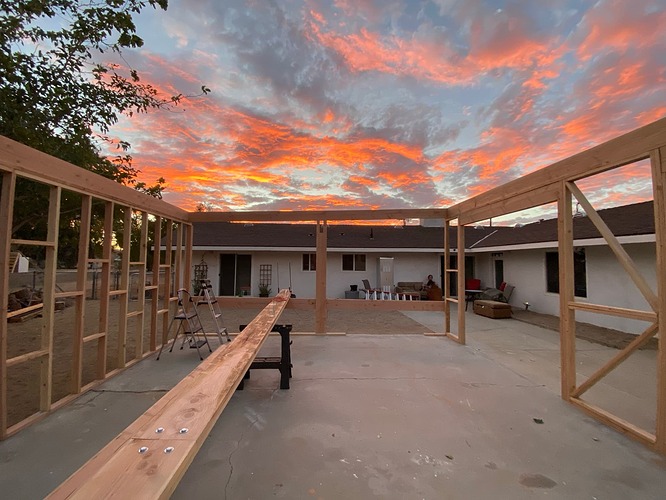 I love that the ‘that’s racist, there’s no justification for it’ guy then followed it up with “I challenge you, the press — look into their background, find anything in their lives, their 50-plus-year lives, that’s racist.” Besides the long-running, totally racist thing you just admitted to? Also, “Sure, she knows all about racist tropes… but how could she know her party decorations were racist tropes!?”

The upshot of the whole press conference seems to have been, “It’s totally unfair to connect her racist knowledge and statements to…her.” Maybe it makes sense in some sort of legal context, but since this was a press conference, it seems pretty dumb to me. 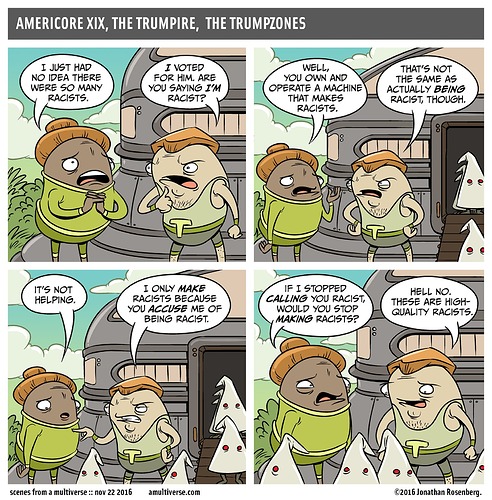 There’s a lot to unpack here… or maybe not.

I feel she was just about to say “I’m not racist but…” and then the slick lawyer man takes authority to say that she is… but depends on her social media!

I long for the time that idiots (and I use that word cautiously) were sidelined from any debate either side of the bench because obvious bullshit could be damaging to the party. Seems obvious bullshit is the new newsworthy ‘Truth’.

The upshot of the whole press conference seems to have been, “It’s totally unfair to connect her racist knowledge and statements to…her.”

The only form of racism that the Right seems to consider “legit” is participating in an actual lynching, perhaps while wearing a bedsheet. Seriously, anything short of that, they have a litany of excuses for and don’t take seriously.

I mean, I guess that’s sorta progress, since at least they admit racism exists now and is bad. They work awfully hard to not be associated with it, which is actually progress. But, yah, we have a lot of work to do on our fellow white people, still.

Yeah, one thing the last 8 years or so has made blindingly clear is that, as a society, we all agreed that being “racist” is bad - but never actually defined what being racist consisted of. So we ended up with a bunch of racists falling over themselves to create some sort of “no true racist” fallacy wherein actual acts of racism are “not actual racism,” and deciding the real sin was to point out racism.

So you end up with “yeah, we lynched the guy - but not because we’re racist! - we weren’t murdering him purely because of his skin color, it’s because we also assumed he was a criminal, for uh… reasons.”

That’s a perfect framing of it. I wish I could heart this more than once.

because of how accurate it is.