At a racist's press conference organized to deny having held a racist party, a racist accidentally admits to their racism

Originally published at: At a racist's press conference organized to deny having held a racist party, a racist accidentally admits to their racism | Boing Boing

A woman, Mary Nicosia of Rochester, New York, threw a “parody” Juneteenth party, and from its description, it was super racist.

Silly racist, racism in jest is still, you know, racist.

This dude wrote a whole book about that. 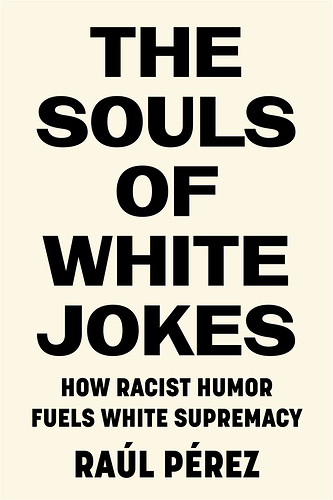 A rigorous study of the social meaning and consequences of racist humor, and a damning argument for when the joke is not just a joke. Having a good sense of humor generally means being able to take a joke without getting offended—laughing even at...

“No question, you look at her Twitter account — yup, that’s racist,” the lawyer told reporters, adding, “there’s no justification for it.”

Who holds a press conference to talk about a terrible party they had? Second question, what press shows up to that?

This is scratching the surface of the many many questions I have about this while thing.

Who holds a press conference to talk about a terrible party they had?

The “stand there doing the stuff you are saying you are not doing” thing was getting tired. 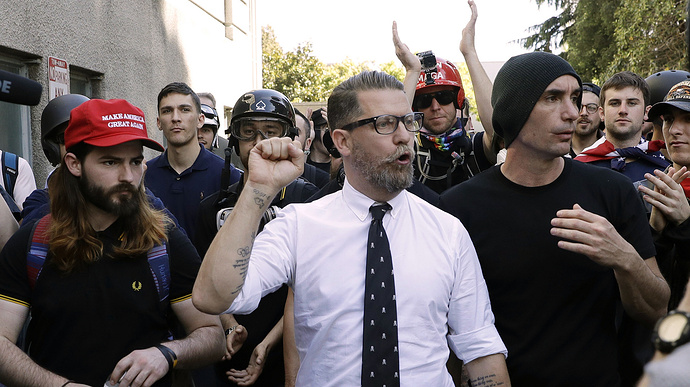 Some extremists weaponize irony and absurdity as a method for recruiting new members and avoiding criticism. Such tactics can mask the danger that extremists pose, experts say.

Christ, what an asshole. Though I’m confused. Is her “defense” like that of the Republican who explained why they were engaging in voter suppression, saying they were targeting Black voters not because they were racist, but because Black people voted Democratic. (I.e. is what she saying: “I’m making racist jokes to upset Black people not because I’m racist, but because they’re liberal.”?) As if that makes it any better, much less not-racist. Or is she saying that she’s aiming racisms at white liberals and she’s only incidentally also upsetting Black people - because she doesn’t care about them, being as she’s a big fucking racist?

Either way, she’s another conservative making the connection that conservatism (or at least opposition to “liberals”) is racism.

Who holds a press conference to talk about a terrible party they had?

Someone whose actions helped spawn a lawsuit and made her racist party extremely public knowledge:

A black firefighter, Jerrod Jones, filed a notice to sue the city and its fire department earlier this month because his boss, Capt. Jeffrey Krywy, took him to Nicosia’s party while he was on duty.

Time to remind everyone of the GF rule again…

“Honestly, I’m not a racist. Well only a little bit. Okay, quite a lot.
So if you’re not racist you might want to steer clear of me.
On the other hand if you ARE racist, COME AND JOIN US!”

That’s what I’m hearing. Is it just me?

It’s not just you.

Capt. Jeffrey Krywy, took him to Nicosia’s party while he was on duty.

One wonders what the city has to say about this in principle, irrespective of whether the party was itself offensive. Firefighters being taken to private parties while on duty, by their boss? Something not quite right there…

i read a little more on this story, and wow. The description of this party is wild. i wont reprint it here

The Nicosias told 13WHAM Saturday they would be issuing a statement on the “unfortunate misconstrued portrayal of our family by uninvited guests to our home,” but have yet to do so.

https://13wham.com/news/local/rfd-captain-takes-retirement-amid-racist-party-allegations
see, for some reason this lady thinks she needs to defend herself to people… is this the streisand effect in the wild?

and heres the reason this lady is platforming herself.
https://13wham.com/news/local/rochester-firefighter-alleging-he-was-forced-to-attend-racist-party-while-on-duty

no no, that fire captain who retired before he got fired (and sued) needs to worry

because - he brought an ON DUTY black firefighter(s? its unclear how many of the 3 firefighters he compelled to attend were black) to a RACIST circlejerk mansion party in sundown country. The firefighter in question likely thought he would be hunted for sport or lynched.

Racist lady who runs a racist thing being racist throwing a racist party in celebration of racism with spiked liberal effigies… yes she is likely a terrible person - not a first amendment issue. SHE can be as hateful as she wants, she isnt the government.

the captain retired before he got canned likely to brunt the force of any legal actions against the fire department as well - because they ARE the government. really hard to punish someone when the answer to whos fault this is is “that guy. Oh, he retired.”

Racism goes much farther back than free speech… which famously did and does have all kinds of exceptions, some good, some bad.

It’s ok to punch ironic nazis, as long as you punch them ironically.

Ah the ol’ “Im not a racist, I only play one on Twitter.” excuse.