'You owe it to yourself to experience a total solar eclipse,' says science writer David Baron

Sadly, some of us have neither the money nor the lack of commitments that would enable us to travel to see an eclipse.

The 2024 eclipse will pass by just south of Toronto. Looks like the least involved journey at that point would be for me to rent a boat and go a dozen or so miles south of here on Lake Ontario.

Assuming the world has not been destroyed by petulant children given access to nukes before then.

We had an eclipse on our honeymoon. I still wonder what that means. The Italians say that rain on your honeymoon portends fertility - but an eclipse?

Oh, you kids with your gravity wells! When your species finally gets its driver’s license, you can make an eclipse any time you put a body between you and something else.

Further proof that science is just occultism by another name.

Living in Portland has got me completely over the eclipse, don’t even care now. We’re about to get swarmed, and I’m not looking forward to that one bit.

Ok, can someone here answer me this: Is there a huge difference between 90% and total eclipse?

Because I see a lot of people online saying “well we are in the 90% / 95% / etc zone, it’s not worth travelling X miles for just a bit more, it’s still going to be amazing” But then I read about accounts from those who have seen the total eclipse and they say you must see it.

I also see diagrams online of a yellow circle being covered 90%, and I think people are expecting to see the same thing with a 90% eclipse. I think that the sun is very bright and the 10% not covered is going to overwhelm the 90% that’s covered. I think there are going to be a lot of disappointed people in the 90% zone. “That wasn’t 90%, that looked like maybe 30%!”

I remember a partial eclipse many years ago, and I really couldn’t tell anything different without using the pinhole paper. I would guess a 50% eclipse is hardly noticeable, except for some distortion in the ‘look’ of the sun.

Is there a rule of thumb for conversion between % obscuration and ‘perception’ when it comes to the sun?

All that is gone
All that’s to come
and everything under the sun is in tune
but the sun is eclipsed by the moon.

Further proof that science is just occultism by another name.

Ok, can someone here answer me this: Is there a huge difference between 90% and total eclipse?

Is there a rule of thumb for conversion between % obscuration and ‘perception’ when it comes to the sun?

I’m trying to talk myself into driving down to Oregon with a tent. Then again, crowds, traffic, camping probably in a field, probably hot weather. And my favorite camping friends I think aren’t available.

If only I had a good understanding of f-stops… !

I think I will have to draw the sun at various stages and make the mapping myself.

I think I will have to draw the sun at various stages and make the mapping myself.

I almost but still sorta missed out on a 80% eclipse back in the 90’s. My office mate and I had forgotten about it but we did notice it was darker outsde or at least not as sunny as it should be. The tree outside the window did a great job of projecting multiple pinhole pictures onto the grass below. It was pretty cool.

I found just the image for the f-stops from bhphotovideo: 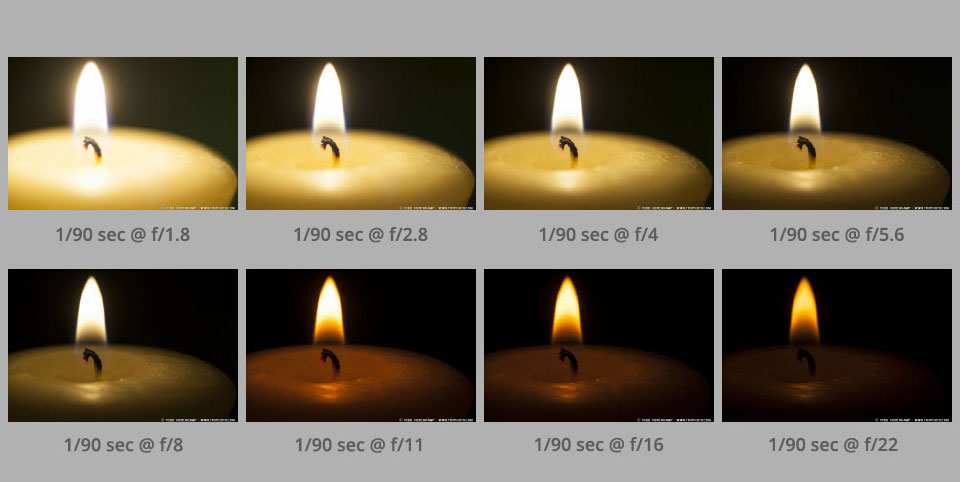 (each image is a stop, so 8 total pictured. Just a few isn’t super-darker)

You also owe it to yourself to avoid experiencing a total eclipse of the heart.

Ask me again mid-afternoon on the 21st. I’ll be road-tripping 10 hours or so 2 days before so sit my first total.

My understanding: total is a completely different experience than even 99% coverage. Things happen(1) in the path of totality that simply don’t during anything less.

I may be wrong. Long-time astronomy reader, don’t even own a telescope. But I’ve been anticipating this for a while.

These will happen to a much lesser extent; less than 90% coverage and these could be easily missed)

I am exceedingly lucky here, as in FREAKISHLY lucky to live in the path of totality. Now i have to hope my luck will hold long enough for it to be a nice clear day.

Seen one. It was okay.

If we are going to reference '80s songs, then Klaus Nomi’s “Total Eclipse” is the most relevant one due to its meaning: https://youtu.be/L2V_puBZG6E