You should eat some Dick's

Originally published at: You should eat some Dick's | Boing Boing

I recommend getting take out. Nothing more satisfying that handing someone a bag of Dick’s to eat.

I eat there a lot, but they legit saved my friend’s life. In the 90s she worked there, and got paid way better than a normal fast food joint, then she got really sick. She had undiagnosed Chrohn’s disease. It almost killed her, but because she worked at Dick’s, she had insurance, which was unheard of back then. She was able to see a doctor, go to the hospital, and get help. At one point she was like 86 pounds, and looked like she was dying, and they kept her job, and let her have her insurance.

They also do a lot of charity donations, college funding, and daycare funding for employees.

I think I recognize the location in that first photo of Bill Gates, N 45th in Wallingford just down from the U. district. I ate there far more times than I am proud of.

Oh the stupefyingly boring stories i could tell of Dick’s. Why i’m so oooold I recall when you slid a quarter across the window and got a burger and two pennies back. They’re a good company, treat their employees well, try to be socially positive, and serve controversial (french) fries. The fries are very ‘close’ to the potato and a bit limp .…and i loves 'em! Damn good shakes too. 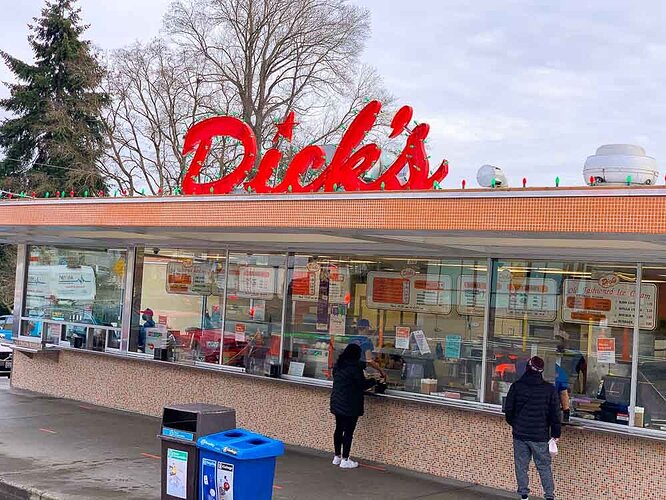 Oh yay; I thought I’d never have a good reason to post this… 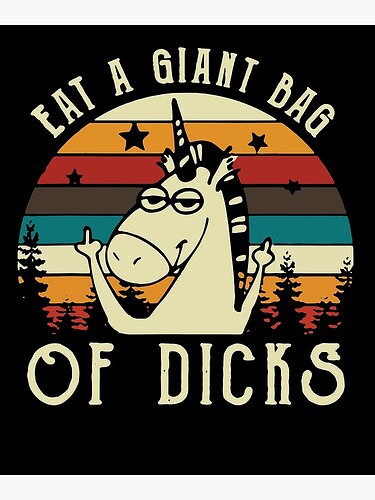 I grew up outside Seattle and would regularly make late-night runs to get a quarter-pound burger, fries and a shake.

I always felt better with a 1/4 pound of Dicks inside me.

Yosuko’s for teriyaki eh? I used to live close by on Queen Anne and Ballard for a few years but never tried it. Had to look it up and see what folks were saying about it and it looks like the half chicken is the star dish…I actually have a D&D game in the area so I will make a stop and give it a shot. Give a shout out if you have any special callouts there. I’ve actually been looking for a new teriyaki place, the spot near me just doesn’t cut it

My favorite is actually a little place in Auburn called Mom’s Teriyaki, but I’m rarely down that way anymore, but will always make a journey when I’m in in the area.

I once got hit by a Jeep while walking by the Cap Hill Dick’s. No one lifted a finger but several vids were made. Spent several days in the hospital and was permanently disabled. Ah the memories. So, not surprised Gates ate there. I also came to realize with all their subsequent bad driving that dicks drive Jeeps.

250 miles to the east, Downtown Spokane has a Dick’s. My fire station was a couple blocks away. After an early morning fire, it wasn’t uncommon for us to send the new kid over with a fistful of cash to get us multiple bags of burgers, french fries and, of course, tartar sauce. Then we’d start washing hose and cleaning axes. That grease motoring us through to morning.

That’s awesome to hear! If I’m ever in Seattle, I will certainly give them my business!

Yasuko’s started in the 90’s by Mike of Mike’s Pizza next door to the OG location. Back at AIS, I knew a Singaporean dude that was roommates with Mike who named the restaurant after his girlfriend, so that guy proselytized about Yasuko’s and it was like that speed dating Dragonball meme, were I was all: “Wrap it up, Yasuko’s is the one”: 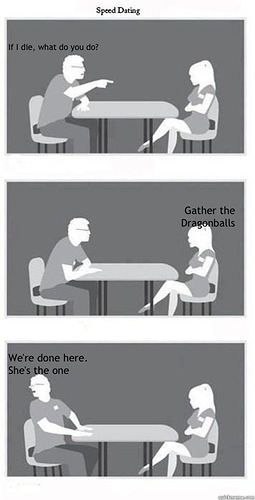 Once the bridge opens back up, IMMA have to make my way back to Yasuko’s.

Mom’s is alright, but it’s been different since the new management took over. I don’t work in Auburn anymore, so the start of the Pandemic is where the film cuts off for me on Mom’s. ^___^

I once got hit by a Jeep while walking by the Cap Hill Dick’s. No one lifted a finger but several vids were made.

Scheiße, that’s rough as fuck! Yeah, I lived in Capital Hill in 96, and remember how it was before the QFC over near SU opened and made that whole part of Broadway cray cray.

Oh I miss their milkshakes.

When I lived in Seattle I may have taken a few too many late night trips to Dicks.

Yeah, the fries have about a 90 second window of perfection. The kidlet was always fascinated by the potato slicer while we waited in line.

They kept their doors open during the End Times of the last couple years, although they did have some hiccups (who didn’t). They also took donations to provide burgers to hospital workers and first responders during that time, and their food truck accompanied mobile vaccination efforts.

Rumor has it that due to the grassroots effort of getting the new restaurant location in Kent, a certain mass transit project modified their route to avoid a taking on that property.

I eat there a lot, but they legit saved my friend’s life. In the 90s she worked there, and got paid way better than a normal fast food joint, then she got really sick. She had undiagnosed Chrohn’s disease. It almost killed her, but because she worked at Dick’s, she had insurance, which was unheard of back then. She was able to see a doctor, go to the hospital, and get help. At one point she was like 86 pounds, and looked like she was dying, and they kept her job, and let her have her insurance.

They also do a lot of charity donations, college funding, and daycare funding for employees.

And this is why when people tell me that service industry companies (especially when talking about the larger corporations) can’t compete if they pay good wages… I say that it is absolute and utter bullshit.
I worked for a grocery chain for most of the 80’s and all of the 90’s before I change careers at a kind of old age (33). My last full year there was 1999 and I was making 21/hour. According to a union rep I talked to recently who is in the same area where I was at the time, the MOST anyone makes now - including people who may have been there this whole time since I left - is like 25/hour. That’s up in the Bay Area. You cannot live on that. Hell, at the time, the only reason I could live decently was I was married to someone that made more than me.
All the old guys who were retiring during the time I was there had their own homes, put kids through school, etc. The longer I was there, the more they would tell me to GTFO because they could see the writing on the wall for union support, etc. And they were right. I WAS able to change careers and all that and have had a modicum of success at what I do - which was a struggle starting over - but good paying jobs in our communities no matter what anyone does is crucial to the health and balance of our communities.
/end rant

The sundaes at Dick’s might be under appreciated. The milkshakes are great and always a good match with the limp dick fries so naturally I rarely save space for the sundae. But the sundaes are like a topping free for all, delicious and slightly cheaper than a shake

I remember that clip with the panhandler. Bill Gates gave him $10 and autographed the bill, suggesting that he might be able to sell it and make more money from it.

They’re building a new one in Federal Way, amazingly close to the Kent location, considering how slowly they’ve moved north and south of the city. We’re all pretty excited, though I feel a little sorry for Burger Express.