You should try these boiled peanuts

Originally published at: You should try these boiled peanuts | Boing Boing

I initially thought the picture was silkworm cocoons

While my older relatives would approve of boiling every kind of food; I’m going to pass. It probably ruins the healthy fat content.

Have you ever had boiled peanuts?

The first time I encountered these, the newly-married Ms. Pane and I were driving from the DC-Metro area down to Florida. We decided to take some back roads to see rural Georgia, and stopped in at a gas station. The woman behind the counter asked told us that they had freshly-made “balled peanuts” and asked if we were interested.

Me: “I’ve never heard of this. Are they, like, rolled up in sugar?”

She: “What? No. (Patiently, as if to a very slow, slow person) They’re balled. You put them in the water and let them ball for a bit.”

Boiled peanuts is God’s own snack. y’all legit have no idea what you’re missing. The spicy cajun version is even better.

I haven’t had them since I was a child, but my memory is one of salty deliciousness. Of course, I was introduced to them by monstrous cousins that drank milk and pepsi (sometimes with the peanuts dropped into the beverage as well)

There used to be an old gas station in the town I lived in we affectionately called “The Red Barn”. They used to always have a big cast iron pot with boiled peanuts in it to keep them warm. I know that sounds ancient, but I assure I’m not that old. Anyways, they were the best boiled peanuts that I had ever had in my life. Anything that I have tried since then have never filled the void.

As someone with relatives all over the most southern states, boiled peanuts were a staple during every family trip we used to make, although I couldn’t really handle the spicy ones. They always remind me of my late grandmother from Birmingham, AL and my step-grandparents from Crystal River, FL.

For the haters…C’mon ya’ll! It’s the same texture as something like butter beans, and most folks don’t turn their nose up at those.

I am salivating right now.

I’m a native south Georgian, so these are mother’s milk. To any fellow NE Atlanta mutants, David’s Produce on LaVista Road has them daily, both regular and spicy.

people in my family enjoy boiled peanuts. I try my best not to hold it against them.

I don’t remember eating them until college, when I moved to Mississippi.

Similar, except rather than moving it was during a road trip to FL. (And coincidentally, a few weeks earlier I had heard “Goober Peas” during a summer class - “Music of the Americas” in one short summer session!)

Aren’t they legumes, though? Or does it still happen anyway?

The spicy cajun version is even better.

Sounds good! The peanuts I’ve enjoyed lately are black vinegar peanuts, though they are not cooked nearly as long as boiled peanuts. (For that matter I guess they’re roasted/toasted - example from where I get them)

(sometimes with the peanuts dropped into the beverage as well)

My dad once demonstrated dumping a small bag of salted peanuts into a bottle of Coke. I don’t remember liking nor disliking it but also don’t remember trying it again.

ETA: now this is in my head 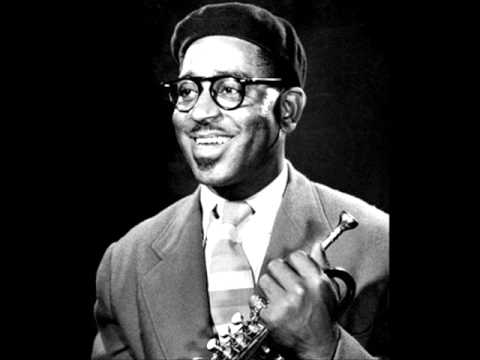 I ordered canned boiled peanuts out of curiosity once, they didn’t leave a big impression. (they were a bit messy?) I’d maybe try like a 1lb boil-it-yourself, but I’m probably fine with my boring plain or honey-roasted jar I tend to keep around.

I ordered canned boiled peanuts out of curiosity once

Canned boiled peanuts are an abomination. In my experience, it’s a horribly poor substitute for fresh boiled.

My dad once demonstrated dumping a small bag of salted peanuts into a bottle of Coke. I don’t remember liking nor disliking it but also don’t remember trying it again.

Before peanut allergies got them banned, peanuts used to be served on Delta Airlines (HQ in Atlanta) flights, along with Coke products. I have long thought that that is where the salted peanuts in Coke got its start.

Caviar of the South.

Just last night I was watching one of those great “Southern Thing” videos on the YouTube, and they were having people from other countries try southern treats. Boiled peanuts was one of them (along with moon pies, goo goo clusters, and something called Bucky’s Beaver Nuggets), and they made the same joke about them being “fresh balled”. I don’t think anybody liked them, but I think they’re delicious!