Spotted this in the Atlantic. Apparently West Point employed a law professor who recently accused many in the legal community of being members of a secret Cabal to promote Isis, Islamism, and the collapse of Western Civilization. He calls the law professors CLOACA, ostensibly a backronym for counter-law-of-armed-conflict academy; 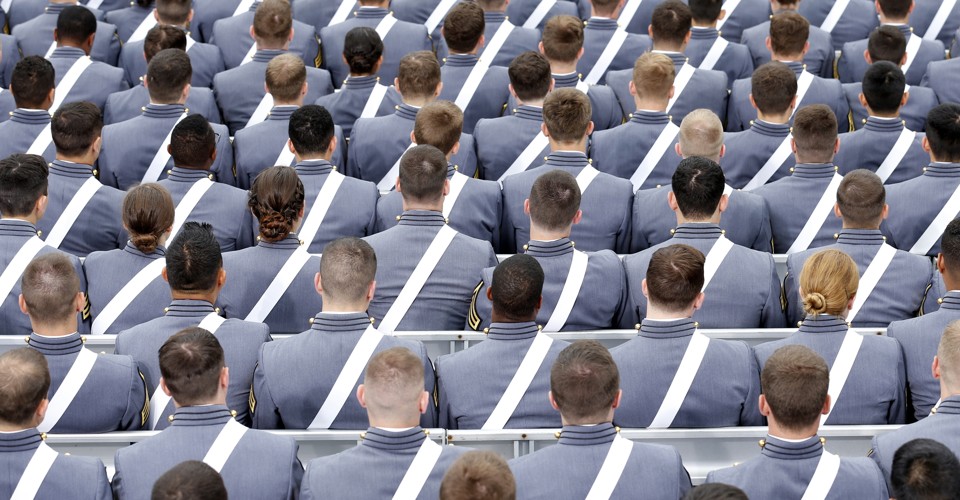 The West Point Professor Who Contemplated a Coup

After calling his intellectual opponents treasonous, and allegedly exaggerating his credentials, a controversial law professor resigns from the United States Military Academy.

According to Bradford, these CLOACA scholars (try saying that aloud with a straight face) are wielding their expertise in “the service of Islamists seeking to destroy Western civilization and re-create the Caliphate.” Bradford does not provide an exhaustive list of names, but Jeremy Rabkin, a George Mason University law professor, inferred it from his footnotes:

Among those cited are: Gabriella Blum of the Harvard Law School, a former military lawyer for the Israel Defense Force; Ryan Goodman of NYU Law School, now serving as a senior policy adviser at the Department of Defense; Michael Scharf, a professor at Case Western Law School, who served as a legal advisor to the Iraqi government for the trial of Saddam Hussein and before that in the Legal Advisor’s office at the State Department; and Michael Walzer of the Institute for Advanced Study in Princeton, whose book on the ethics of war has been assigned at U.S. military academies for decades.
Why, you might ask, would these law professors betray their country? Bradford offers a variety of unconvincing explanations. Among the nefarious acts CLOACA scholars (that never gets less ridiculous to type) are guilty of are “skepticism of executive power,” “professional socialization,” “pernicious pacifism,” and “cosmopolitanism.”

It’s a reptiles naughty bits, FYI.
(Is that being Captain Obvious?)

Except for the professional socialization. That shit’s got to go. No fraternizing with colleagues!

Every now and then, I start to wonder what I’m missing, not being on FB. Thank you for reminding me.

Funny, it’s plain as day to me that the most egregious treason usually involves scumbag authoritarians presuming to subvert democracy to further their own dystopian fantasies… Father knows best and all that.

There’s a long litany of “virtue” based arguments against democracy. An interesting counterpoint to that sort of thing is Montesquieu-- not necessarily because of his prescriptions, but because he quite obviously defines democracy as sortition (political power is allocated through a lottery, rather akin to jury service). Suddenly all that classical and neoclassical skeptism of the democratic impulse becomes moot.

This topic was automatically closed after 536 days. New replies are no longer allowed.