Gee is exposed and confronted for making the deceptive video, and he isn’t very happy about it.

I kind of assume that EVERY viral video like this is set up. But I’m a cynical bastard.

You probably think Reality TV is scripted too. Why can’t you just have faith?

[quote=“frauenfelder, post:1, topic:69516”]and now the some of the actors are getting all kinds of hate from people who think they are actual crooks.[/quote]…Now, who does that, exactly? Someone appears for a couple of seconds in a video, and then other people somehow recognize them and feel confident enough in making the identification that they are prepared to deliver all kinds of hate? Surely these people weren’t particularly distinctive and there could be any number of other people who look pretty much like them?

It makes sense when you think about it: a pathologically dishonest person wants to convince us that everyone is a dishonest cheat - i.e. that he’s no different from anyone else. But since that’s not actually the case, he lies to support his world-view.

The video goes into this.
One man had a very distinct scar on his arm, and the hospital staff that do his dialysis called him out on it.

he lies to support his world-view.

But his world-view is everyone is a cheat and liar… then his actions support his world view… so while he is lying he’s not being deceitful about his worldview.

What if we’re already exposed?*

but he’s lying when he says that he didn’t lie, which leads one to assume that while he wants to convince everyone that the world is full of cheats and liars he knows that it isn’t exactly true.

It makes me sad to think of the first time he tried the experiment, without hiring anyone - just expecting that everyone was a cheat and a liar. I bet he cried afterwards, and as he was crying he thought - "I’ll show em, I’ll show every last one of them’

Oh ya, I just remembered…

I have a thing that I need to be at.

Watch the video. One guy has an extremely notable scar on his arm.

Vancouver police did the same thing last summer in a hunt for criminals in the “Eastside” area, known for crime and drugs and found out that - surprise - people are helpful rather than criminal in most circumstances. 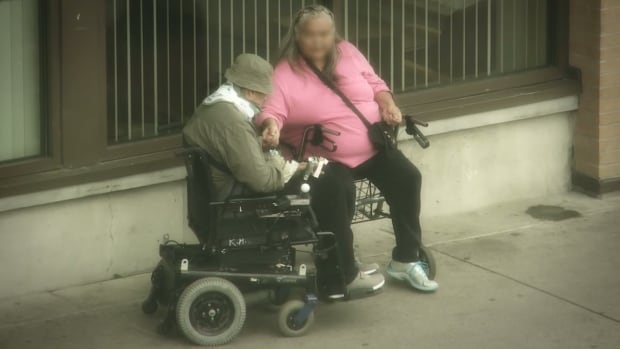 A police officer who posed as a disabled man to catch thieves plaguing Vancouver's troubled Downtown Eastside was hit with unexpected kindness and compassion instead.

Honestly, anyone who believed this for a second needs to learn about something called “reality testing.” Think about your own personal experience with how other people behave. Someone who would cheat a blind person like that is almost certainly less than one in one hundred, especially on a public street where even people prone to cheating and theft feel as though they being watched.

But since that’s not actually the case, he lies to support his world-view.

I think he lies to get more YouTube views. And it worked.