Originally published at: YouTuber reviews a pre-built $5000 gaming PC that was put together wrong | Boing Boing

Some prebuilt places are freaking moronic, and really should add their expertise.

Many years ago, a company I worked for ordered from a local shop. The computers we got couldn’t even manage a proper install of the OS before erroring out. After a little bit of troubleshooting, it was because they came with 3 SIMM modules. The motherboard required pairs.

I’m surprised they managed to boot at all, honestly.

Well, what did they expect for a measly 5k…

Seriously, though - workers being way past caring is usually a management issue.

ETA:
And by that I mean incompetent management treating employees like dirt.

A fool and his money are soon parted.

Great break down, loved watching him tear it apart and talk about it. My PC repair/build skills are getting too far out of date now, but it’s always fun watching really competent techs doing the sort of stuff I spent twenty years of my career doing.

The big reveal in the first minute told me all I needed to know about this expensive product and company that makes it. That facepalm would have just continued through the other 25 minutes of revelation.

This is one of those pricey hobbyist toys where you’re better off building your own or buying from a trusted custom builder rather than purchasing off-the-shelf. Products like this exist mainly for the market of lazy rich idiots. 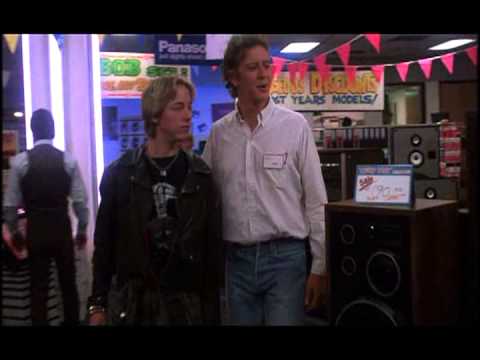 No actor can combine affable warmth and enthusiasm with an understone of borderline menacing malice or derangement better than Judge Reinhold.

Yeah, discovered this the hard way buying my first custom desktop with a different company. Spent months learning how to rewire the layout, purchase alternate components, and reconfigure the software myself after it arrived with a shattered glass case. A friend ordered from the same outfit recently, sent it back twice, and still gets BSODs out of the box.

On the plus side, once I fixed everything, now it runs like a dream. Just gotta go in knowing you may have to do your own post-delivery work on it, and come armed with or ready to learn how to mess around under the hood - otherwise, buy a Dell or HP. Next time I might.

Tell it like it is, tech Jesus (big fan of Steve @ GamerNexus)

Hopefully I won’t need to buy a new PC until ARMA4 is released; but it was still interesting to see a professional pulling a computer to bits. Touch wood, Overclockers.co.uk hasn’t done me wrong yet; though I don’t know how optimal my system set up is, I’m happy that it works.

Edit to big up my usual supplier… I guess I’d better go and check that they are still in business.

Conclusion: the company’s major sin was the included Quality Control report from the CTO’s desk that clearly showed severe overheating (literally the only number on the report was the number 100, which should have been no higher than 64, highlighted in a big box!), yet they failed to stop shipment and investigate.

Yes, the vendor made egregious, almost unforgivable mistakes, and they were right to call them out. But they could have done it in 6 minutes, not 26.

There are probably Gamers Nexus videos you should watch before going with that route.

I’m very much a novice and I’ve built two gaming PCs. So if you (or anyone) has any kind of awareness of components that would be a good head start. I did a lot of research on my own, there’s a lot of good resources on websites that specialize in checking component compatibility. And when all else fails ask Reddit, a friend or on another forum to get people’s opinion of the build vs the proposed budget

As sorta requested by another poster, behold the 5k Alienware (which is owned by Dell)

Honestly, it sounds like it could have been done in 30 seconds. “My 5k computer is all fucked up, and look at this! They installed the fan BACKWARDS!”

There was another issue you missed here which is that the XMP settings in the motherboard were not enabled, so the RAM was severely underclocked as well.

what’s the markup? If it’s more than a token sum, the customer is paying for competence, if not expertise.

As someone who hasn’t built a PC in a while, it is fascinating how simplified these PCs are, with no need for 11 card slots like back in the day. Pretty soon it will just be building heatsinks to overclock your intel M1.