I’m sure she will claim she did it just to prove how easy it is to commit voter fraud!

Those were planted documents. You can tell by the bamboo.

Of course she’ll get a very harsh sentence like Crystal Mason undeservedly got. Right ?

Equal justice under the law, no doubt. 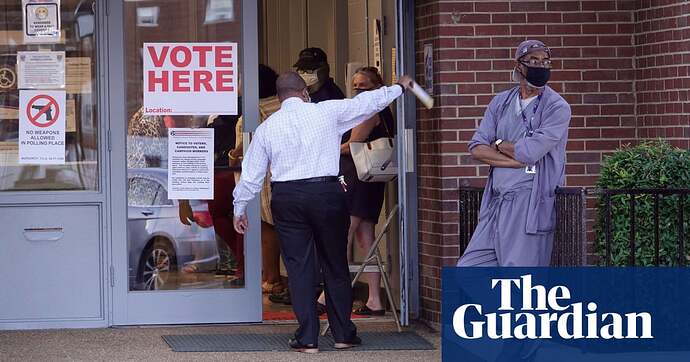 Q: Why are we losing?

A: It can’t POSSIBLY because we’re bad at it. It must be because they’re cheating!

Q: Is there any evidence of them cheating?

A: No, but that just means they must be REALLY GOOD at it!

Q: So your solution to this is…

A: Cheat ever better than the other side!

Q: And if you ever get caught…

A: Blame the other side, of course.

Q: Why do you think there’s a conspiracy?

A: How else would you explain this?

Q: How do you explain there’s no evidence of conspiracy?

A: BECAUSE it’s a conspiracy!

A: That’s not a question, and you’re a part of it!

Ooh, not just voter fraud; but sinister ethnic voter fraud. The mental gymnasts are really going to earn this one.

Her actions took place leading up to the June primary election, in which Jeremy Taylor unsuccessfully ran for the Republican nomination for Iowa’s 4th District Congressional seat and leading up to the November general election in which Taylor defeated incumbent Democrat Marty Pottebaum by nearly 2,000 votes for the District 3 seat on the county board.

So, in the first, primary, election, her actions didn’t help nearly enough (the article linked says he came in third), and in the general election for the board seat it wasn’t necessary. (Assuming that she didn’t actually manage to commit 50 times more instances of fraud then she was charged with.)

What was the point?

Am I missing something about the bamboo comments here? Are people just saying bamboo because she’s Asian and so is bamboo? BIPOC people are racialized in ways that White people never are. Like it’s not enough to say she’s bad, but gotta emphasize she’s bad and Asian. Seems ike there’s plenty of legit stuff to say about Kim & Jeremy Taylor without getting all racist with it.

I was also wondering at the post saying “Kim Phuong Taylor” and so including her Vietnamese (maiden? middle?) name. This looks like it is carried over from the Sioux City Journal. The SCJ seems to usually put Given name, middle initial, family name for their crime reporting, so this is is more consistent with racialization than their crime reporting for people without ethnic identifiers in their names. Sorry to see BoingBoing carry that over here, where instead of just describing her nefarious deeds it is also made clear that she’s Vietnamese (which, predictably, enables the comments here. obviously there wouldn’t be any “bamboo” comments if it said Kim P. Taylor and no other indication that she’s not White).

Am I missing something about the bamboo comments here?

It’s a reference to the farcical Arizona ‘audit’ where “Cyber Ninjas” had people looking for bamboo fibers to detect the sinister sino-ballots that had been imported to sway the election.

the bamboo comments are in reference to the batshit “audit” of the arizona ballots in the 2020 election conducted by Cyber Ninjas. the conspiracy theory was that 10s of thousands of fake ballots were smuggled in from China to throw the election to Biden. the supposed “peoof” of this was to be found by microscopically inspecting the ballot paper for bamboo fibers - thus showing Chinese interference with the election.
it seems you may be grasping for some pearls to clutch here that simply are not part of the conversation.
edit: @fuzzyfungus got that in while i was writing my response.

They also highlighted her ethnic connections because she used visits to a Vietnamese cultural center to commit her crimes.

@FloridaManJefe
Oh okay. Thanks. I knew it sounded racist!

in the general election for the board seat it wasn’t necessary. (Assuming that she didn’t actually manage to commit 50 times more instances of fraud then she was charged with.)

If the dude’s wife was out there frauding for him, what are the odds that she was the only one?

How else can reactionaries seize power?