It would be like banning one flavor of Mt Dew and expect that to effect diabetes rates.

Flavored cigarettes have been banned, menthol might be next, and I’m all right with that.

Ban 1 flavor of Mt Dew. 99 people will drink a different flavor. 1 person will say, “yeah they’re right, I shouldn’t be drinking this stuff.” (note, I’m not advocating a ban on soft drinks, although reining in the advertising would be nice)

I am explaining why focusing on a narrow group of uncommon weapons most likely would not have changed things when there is an alternative that is still legal and is actually a better firearm and more readily available.

That explanation falls flat. It’s a big leap to assume that if the gun the shooter used wasn’t available, that he would simply and easily just have used a different, more effective one. That’s not how humans work. Changing availability and selection also changes decision-making.

In previous posts you’ve argued against banning large capacity magazines. You’re contradicting yourself from about two weeks ago.

but they should have like a NICS app where you can run the check yourself and get an approval code.

More Nirvana Fallacy. What’s wrong with requiring private sales to go to a licensed firearm dealer and using their system for the background check? This would also help reduce both strawman sales and spontaneous, midnight purchases that end up being used for violence, especially domestic violence.

It isn’t the Nirvanna fallacy

It’s a different facet of the Nirvanna Fallacy when you say that the availability of this kind of weapon is irrelevant, because there are better cheaper options also available legally. This ignores the reality that the weapon was in fact used and not the supposed better cheaper alternative. You’ve created an alternative, idealized reality that is so complete, your rhetoric erases that this tragedy even occurred.

Is there name for a fallacy where “We did something, so it MUST have had SOME desired effect?”

It’s not a fallacy when there is an action and it has a measurable effect, even though it seems incomprehensible in the technical details. It’s very common in medical science. We call it “data.”

And I will reiterate, this weapon WAS banned under CA’s laws and there isn’t evidence at this point that he got it out of state. If that holds true, then a national ban would still not have effected this event, as per @orenwolf 's original statement, as that loophole was not exploited.

That ignores the very real likelihood that it was legally purchased in a neighboring state where it was legal and sold privately in California. That is how the vast majority of illegal gun sales (in both meanings - illegal weapons and sales of legal weapons to ineligible buyers) occurs in reality. That’s also data.

If that holds true, then a national ban would still not have effected this event

A ban that grandfather’s in weapons isn’t much of a ban.

If you want to wait for legislation that solves the entire problem overnight that ain’t happening.

Little by little and then maybe in the near future these types of stories go away.

It’s a big leap to assume that if the gun the shooter used wasn’t available, that he would simply and easily just have used a different, more effective one. That’s not how humans work. Changing availability and selection also changes decision-making.

Look, Orenwolf asked if a Nationwide ban would have closed this loophole, and in this case, no. Because, as far as we know, he already had the firearm. So he didn’t need to go out of state to buy this specific hand gun illegally. There was no loophole exploited. That is the end of facts as we know them.

If we want to speculate what he would have done if he did not already have a weapon, then Occam’s Razor would require less assumptions that he would just buy a legal Glock in CA, vs travel out of state to illegally buy a crappy overpriced gun.

That ignores the very real likelihood that it was legally purchased in a neighboring state where it was legal and sold privately in California.

Which would be illegal, but again, you are making assumptions, which you just accused me of. Until there is evidence this guy illegally bought his M11 that originated out of state, my point stands. If new information comes to light, then I will revise my statement.

But if we want to further speculate if the guy had no weapon before hand, it takes the same number of assumptions that a guy would just not do a mass murder/suicide because one specific weapons was banned nationally, as it does to assume he would transition to a readily available and legal alternative.

In previous posts you’ve argued against banning large capacity magazines. You’re contradicting yourself from about two weeks ago.

The “yes” was more about banning semi-automatic handguns, which by far, is what causes the most gun homicides. I have to concede such a ban would put SOME dent in the numbers.

While I am personally against magazine restrictions, I have to concede it may have SOME effect, no matter how small, lest I get accused of the Nirvana Fallacy. However, combined with a ban on semi-auto handguns, then, yes, there would be SOME effect I am sure.

This ignores the reality that the weapon was in fact used and not the supposed better cheaper alternative.

The fact that the weapon had been banned for decades, and they revealed he had a Norinco Tokarvev to kill himself, is strong evidence this guy had these weapons for over 20-30 years before the ban took place. Norinco imports were banned in 2003.

~30 years ago an M11 was a cheaper alternative. They are stamped metal and cheap to produce and were cheaper than Glocks or the even more expensive options back then. That is why they were popular on the streets (that and their ability to be illegally altered.) But you don’t see them in street crime today. It is Glocks with 30+ round magazines today.

Again, my point was specific to Orenwolfs statement/question about going out of state to illegally buy this pistol, which at this point, we have no proof that he did.

It’s not a fallacy when there is an action and it has a measurable effect,

If only analyzing data was a simple process, a lot of things about how the world worked would be clearer.

The US had a reduction of the gun murder rate from 7.0 in 1993, to 3.7 in 2014. A 47% reduction. The vast majority of those were from handguns, yet there was no significant handgun legislation over that 20 year period. So what was the cause of that reduction and how can we continue it?

A ban that grandfather’s in weapons isn’t much of a ban.

Yes and no. It limits supply and hinders the illegal market. But yes, it doesn’t take out the ones already owned by people. Most US laws grandfather in existing guns. Attempting to confiscate all items deemed illegal by the new law would be a monumental undertaking. And IIRC anything like that would require government reimbursement.

You’re right CAs laws and others are playing the long game.

Because, as far as we know, he already had the firearm.

That cuts both ways. As far as we know, the shooter bought it 5 minutes before the shooting. Even if he bought it 5 years ago in a semi-legal private sale from someone who bought it legally in Arizona, that’s where the national AWB would have kicked in.

we have no proof that he did.

And no proof that he didn’t which was my counter to your assertion. I’m making the Negative argument here: I don’t need proof, I just need to point out that you don’t have any to support your positive assertion.

The US had a reduction of the gun murder rate

We can put speculation to rest: 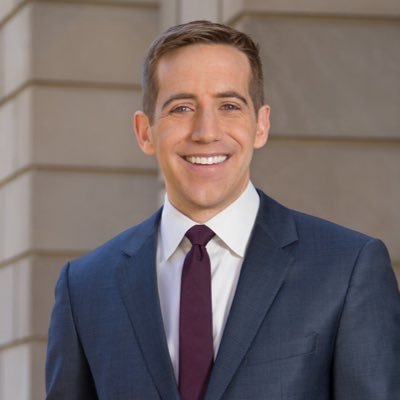 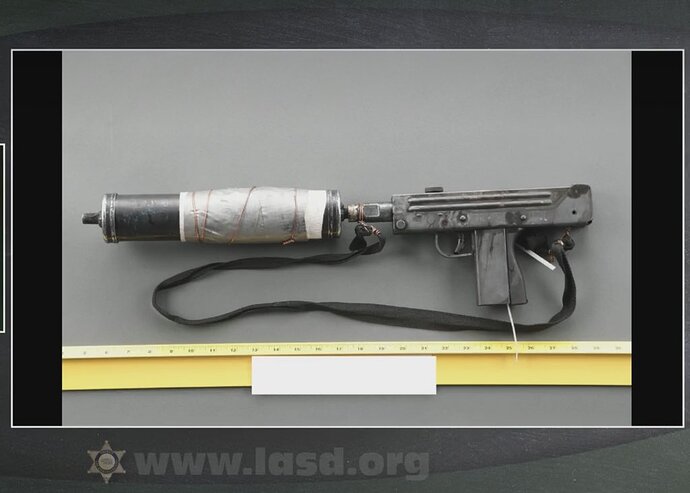 Anyone wondering WTF that thing is hanging off of the barrel, it looks to be a homemade suppressor. HOW he got it to work without the bullet hitting part of it on the way out, I don’t know.

FYI, suppressors are regulated Federally under the NFA and have to be registered and are completely illegal in CA.

Thanks. Wouldn’t it have been illegal under the federal AWB in 1999?

No because federally it is just a handgun. CA carved out some exceptions to include these types of firearms, while not including other semi-automatic handguns. Though I am not sure when that took effect. The document I found at one point that showed those models had a date of 2001

Gotcha. Such a sad situation all around.

I’m not advocating a ban on soft drinks

… not that that’s a bad idea either

You don’t think it’s okay to have a little cola, as a treat?

Yeah, some people go overboard, and it’s a burden on healthcare. Same can be said about alcohol, which has a worse track record of destroying relationships. I even recall discussions on this site talking down any kind of wholesale ban on cigarettes. And that habit is trending downward, thanks to public education. Before any ban, I’d at least like to see warning labels on soft drinks: “this makes you gain weight and it rots your teeth.” Ha, yeah right, and we thought the gun lobby could move heaven and earth to sabotage lawmaking!
Speaking of which, unlike the aforementioned “carnal pleasures,” having all these guns around results in
random innocent people
losing their lives,
without warning.