On the other coast, six North Atlantic right whales have been found dead in Canadian waters this year, out of a population of about 413. 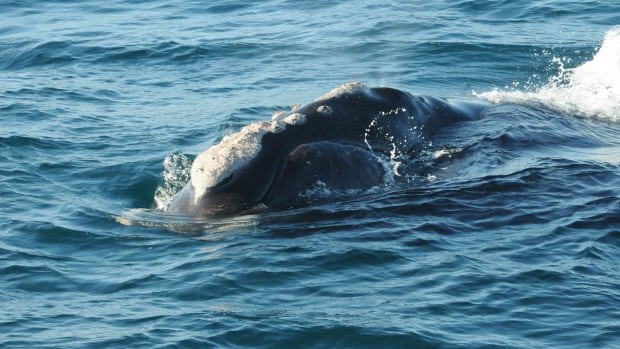 The death of a sixth North Atlantic right whale has members of the whale community feeling overwhelmed, according to a leading researcher.

Some of my wife’s colleagues study Alaskan copepods – which are in the whale food chain – and say that they are not looking too good these days. Of course, with the latest big budget cuts to the U. of Alaska there will probably be fewer scientists around to keep an eye on them.

The Natural Resources Defense Council works to safeguard the earth - its people, its plants and animals, and the natural systems on which all life depends.

Scientists demand a military sonar ban to stop whales stranding themselves on...

Mammals often attempt to swim away from sound source, leading them to become disorientated and ascend too rapidly, causing decompression sickness

Researchers Have Identified How Naval Sonar Is Killing And Beaching Whales -...

We have known for a long time that naval sonar has devastating effects on marine life but just exactly how it leads to sickness and death was a mystery till now.

Is Fukushima radiation affecting the West Coast? Consider these signs

In March 2011, the province of Fukushima, Japan, was struck by a series of devastating events that culminated in one of the worst nuclear disasters in history. First, the area experienced a magnitude 9.0 earthquake; that, in turn, caused a 15-metre...

Experts estimate that it will take at least 40 years to finalize this clean-up, and in the meantime, 300 tons of radioactive water continue to be pumped into the Pacific Ocean each day.

Experts estimate that it will take at least 40 years to finalize this clean-up, and in the meantime, 300 tons of radioactive water continue to be pumped into the Pacific Ocean each day.

Bear in mind how fantastically small 300 tons per day is compared to the pacific ocean. So based on that alone, you can probably expect that unless you are looking in the immediate area of the discharge, the dose is very small. In reality the quantity of water doesn’t really matter: what matters is the amount of radioactivity. Also from that link:

30 billion certainly sounds like a lot, but a human contains several thousand bequerel worth of naturally occurring radioactive isotopes. The billions of sea creatures living in the ocean and the ocean itself are far more radioactive than the waste-water from Fukushima.

The other “scare” statistics in that link are also completely nonsense. All the stuff about supposed negative impact are symptoms like hair loss, unexplained bleeding, or mass die offs among pups are symptoms associated with massive acute radiation exposure (which, again, is not present no matter how many times you say billion), not things like increased cancer or decreased fertility you might expect from chronic exposure to elevated levels.

The effects of the Fukushima disaster on the nearby areas of Japan are serious, and should not be dismissed, although again, this is a problem of chronic exposure and lifelong cancer risks, not acute radiation poisoning. Discharging moderately radioactive wastewater into the ocean is certainly not great, but is absolutely not responsible for the massive animal death rates on the other side of the ocean.

And frankly, with so many other fucked up things that we are doing to the ocean that can easily explain these sort of things (global warming, ocean acidification, agricultural runoff, overfishing, ordinary chemical poisoning, plastic waste, habitat destruction, and probably plenty more I am forgetting, it is kind of crazy to jump to “OMG RADIATION”.

We’ve used the ocean as our toilet for so long, I guess the cumulative effect is dead whales with plastic in their meat and blood. Didn’t mean to sound crazy. There really is no cure for Fukushima, even so.