3D billboards "getting crazier by the day"

Originally published at: 3D billboards "getting crazier by the day" | Boing Boing

Pompliano states, “These 3D billboards are getting crazier by the day.” I have to agree.

We all knew this stuff was coming.

There’s a chiropractic center on the corner of my block whose windows are plastered with giant skeleton diagrams with red “pain points” highlighting to show what they treat. My daughter hates skeletons and at 4 years old, it took a lot of work and patience to get her to walk past it. This…is not helping me, specifically.

Are you (back) from the future? 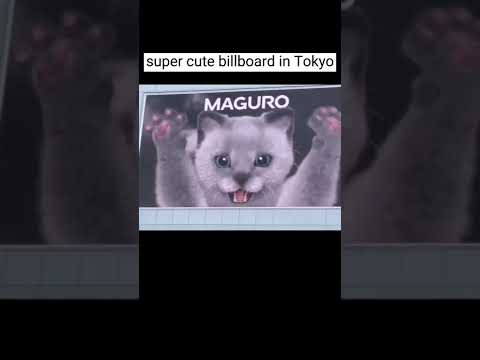 The article shows the video in the wrong angle; the 3D effect works better when viewed at the intended angle: 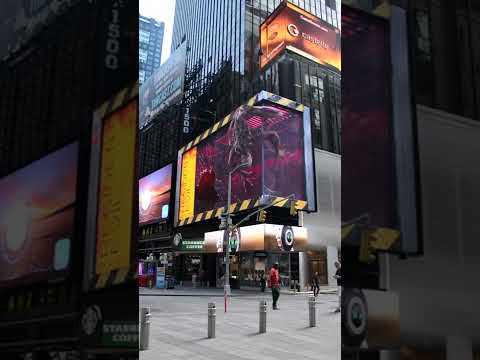 That is the problem with anamorphic projections.

A few points from a grumpy old man … A) I love the, what’s the word, technological creativity? I guess that’s two words, but I think they look really cool. B) I hate the idea that something big and electronic is going to be cluttering up my view of the outdoors, regular billboards are bad enough without releasing this sort of nonsense on people. And 3) Doesn’t anybody ever think about how distracting these things are to drivers? First there were regular billboards, then there were electronic ones that change every 3 seconds, and now something that makes me think a zombie is about to jump on the roof of my car as I speed down I-83? No thanks. Now sit back and shut up, you can go to the bathroom as soon as there’s a Stuckey’s …

JFK- Don’t want to trigger you but they’re putting books onto computer screens and they even have phones with NO Buttons! Also, ladies are no longer wearing dresses when they swim. They just put shower caps on their boobs and butts and tie it all together with twine. Oh, and double-stuffed Oreos. Crazy stuff.

It’s an impressive visual effect; but still doesn’t seem to strike quite the same note of sophisticated technological intrusion against passers by as using modulated ultrasound to project voices only they can hear.

“So, we can produce something that feels a lot like an auditory hallucination. How 'bout some marketing!?”

Honey, who doesn’t look better in the wide angle? I’ll take it long and wide, okurrrrrr!

I’ll see myself out now, thanks.

I can barely stand it when a colleague touches their own monitor with their gross human grease-fingers; and woe betide the one who touches mine.

That pug is lucky he’s cute and entitled to benevolent treatment under the Genetically Mutilated Wolves (Duty of Care) Act 1995; or we’d have words about him licking the side of the screen I can’t even get to.

People pointing to things on my monitor with pens always makes me cringe in fear. 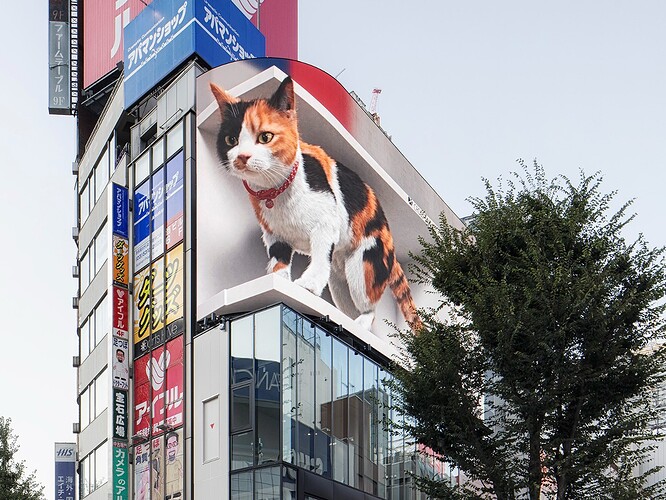 Commuters in Tokyo most recently had their eyes fixated on the sky when a mysterious Junji Ito-esque floating head hovered over the city, but before that, this summer they were looking up hoping to catch a glimpse of the giant prowling lifelike 3-D...