And in many states, numerous minority voters are being purged from the voter roles - I’d argue not two unrelated phenomenon: 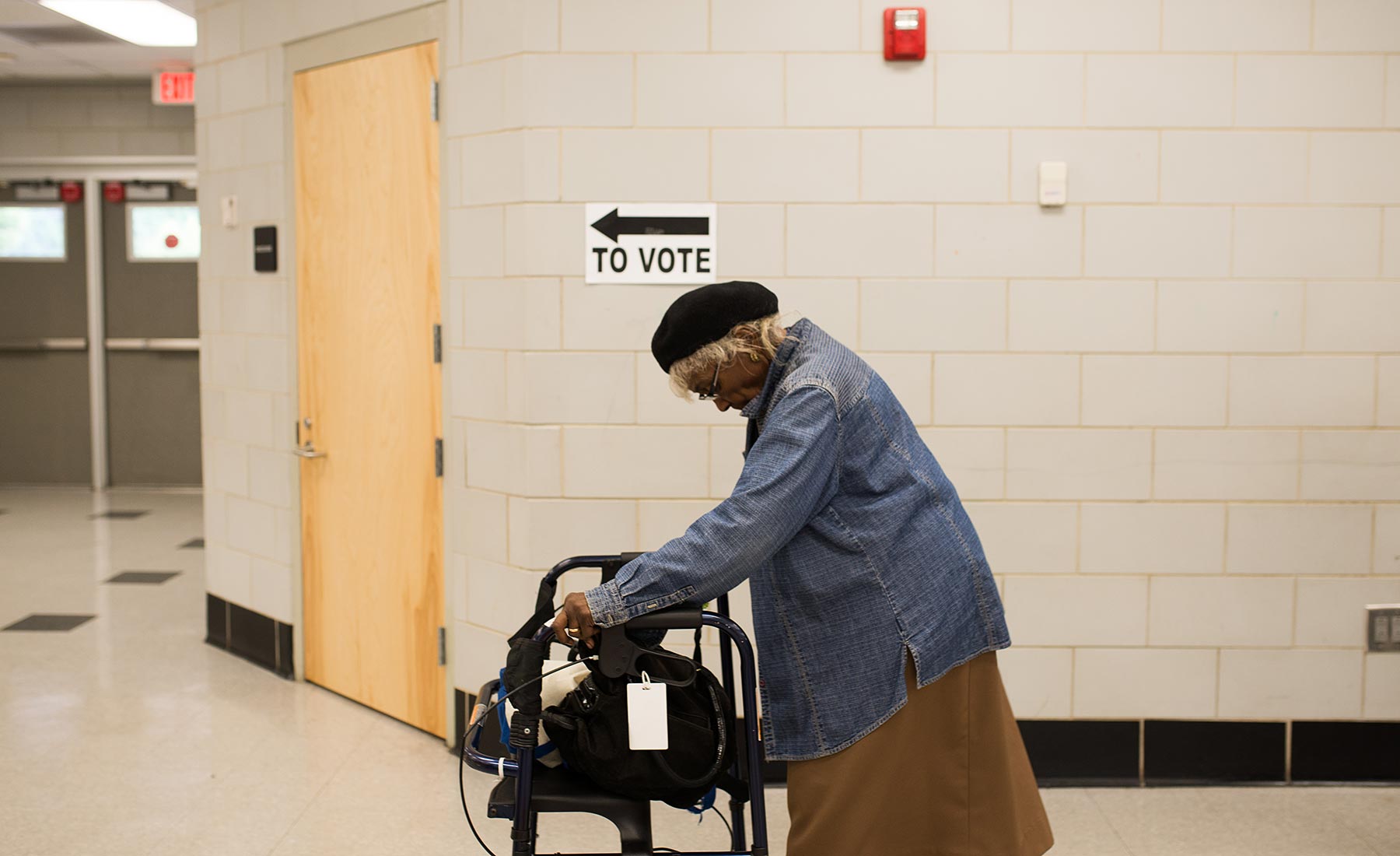 Double voting: Election officials in 27 states, most of them Republicans, may launch a massive purge of black, Hispanic and Asian-American voters.

Edited to add: Also, the article points out how many of those targeted are elderly voters. I can’t imagine how that must feel. They talked to people in an retirement home near Ebeneezer, can you imagine what it’s like for people who were likely footsoldiers in the civil rights movement and now they are in danger of not being able to vote again!

For sure – not at ALL unrelated!

Maybe the black politicians should be pushing harder for support from African-American billionaires like Oprah Winfrey and Michael Jordan and… uh… O.K. that’s actually all of them.

The older I get the more afraid I am for my kids and their generation.
I also know that while wealth seems to be a positive reinforcing trend forever forward there HAS to be a point where the negative feedback finally kicks in.
Do we get the universal wealth and wise dynamic living that the brightest future promises? Or do we get the America of Marshal Brain’s story Manna, where the capitol class winners in the economy take everything and machines that they finance replace the whole working economy forever.
I really believe that this is not so much about race today as generational trends still recovering from slavery and oppression vs massive entrenched fortunes or even just a critical mass of well off (10%ers?) but maybe not wealthy parents who can help finance a small startup operation like MSFT.

Pleasingly, the overwhelming top of the list is Tom Steyer and the NextGen Climate PAC. It seems rich white guys are not all evil.

I don’t think it’s about issues, more about the concentration of power among a few people. Even if it’s issues we care about and agree with, it’s still problematic.

Indeed, but I am still pleased that given there are PACs, there are PACs that support positive issues (much like the Mayday PAC).

But for the sake of discussion, do you think the specific issue of climate change would be better or worse without PACs? I don’t know the answer - up until now I’m sure it would be worse, but $70 million is not a small chunk o’ change to devote to persuading people to care about an important issue (though one might argue such educational activity can still be financed outside of the political sphere).

Well, some of that is reactionary, right? They are certainly reacting to the amount of $$ poured into propping up the oil companies. You’re right that it’s better than nothing and its taking the struggle to the same field as the oil corporations play on.

But we should think hard about the impact that this sort of money has on our democracy and that’s my point. It’s more of a meta question rather than a specific issue. We might get something good out this, but what about when it’s an issue we don’t agree with? It sets up a certain mode of operating that might not be so positive for the functioning of democracy in general.

I absolutely agree! I suspect no individual can outspend big oil on lobbying and campaign contributions.

The rest of the country shouldn’t have to rely on the good nature of an elite minority.

The rest of the country needs to appreciate the sacrifices made for them:
Tucker Carlson’s plan for GOP victory: ‘We need an older white guy appreciation day’

Maybe we could even build a monument on the Washington Mall to celebrate the accomplishments of older white males oh wait that’s almost all of them, including the name ‘Washington Mall.’

But you guys! I thought racism and sexism no longer existed in the USA!

Yeah, a “benevolent oligarchy” sounds like an extremely unlikely construct.

The problem is that even if the super-rich really ARE benevolent that doesn’t mean they care about the same things everyone else does, or even know what kind of problems normal people face. I mean, a thriving ballet scene is great and all but probably isn’t high on the list of priorities for most working-class folks.

. I mean, a thriving ballet scene is great

The Daily Show with Trevor Noah