Fat Bear Week is one of the highlights of October.

Specifically a class of airplane known as a “wide body.”

Though they should call it “Colbeart”.

it’s so sad that Holly’s supporters had to resort to box-stuffing to try and jigger her win. i mean, come on, it’s just a title. that said, i was on #TeamOtis too. grats to 747 though, he’s clearly the winner. (again?)

Update: 747 has been disqualified after it was discovered that his supporters had been feeding him salmon stuffed with lead weights.

That is one fat bear

I’m jealous. I wish I could sleep my weight off.

Who is entirely aware of this entire thing.

That’s where I learned about it!

Has 435 Holly conceded defeat yet or is she rallying her supporters for an attack on the Capitol?

I loved them all, they’re all winners.

Apparently, Bear 420 started its hibernation early; but has got a stack of snacks for later.

She’s a bear. They’re smarter than that. 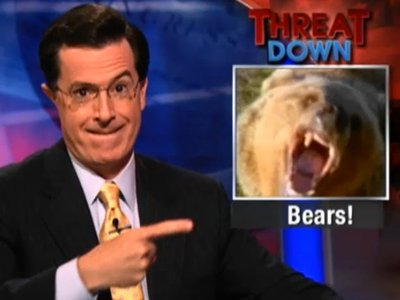