Originally published at: A Belgian farmer accidentally shrunk the country of France when he moved a stone blocking his tractor | Boing Boing

I was imagining a big ass rock. That’s clearly a marker

I have a similar but smaller stone marker for the edge of my lot. The rest of the lot is just marked with normal surveyors stakes. It’s in the trees though so it’s not getting in anyone’s way.

There are countries on The Continent where that would be the result even now. The Hatfield-vs-McCoy dynamics have led to bloodshed over feuds even sillier than one over a shifted stone marker.

C’mon, Belgians need to cross their borders even if they want to turn around their car.

Why not replace the stone marker with a plaque over which the tractor could easily drive without damaging it then move the marker to a museum?

Because that would require the Belgian foreign ministry to open a Franco-Belgian border commission, which is the outcome everyone is trying to avoid? The boundary stones are most likely written into both French and Belgian law as the border. 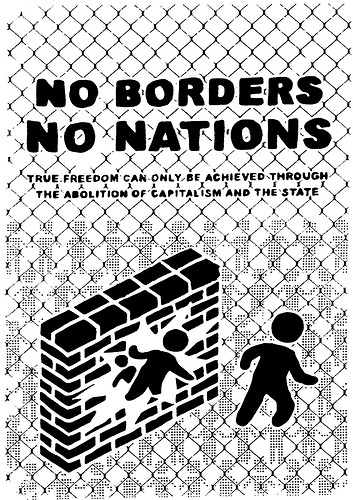 thanks this is much more articulate!

C’mon, Belgians need to cross their borders even if they want to turn around their car.

The Republic of Ireland/Northern Ireland border goes through people’s property, in some cases, through their houses. Fortunately bacause both are in the EU, there’s no hard border, so there’s no problem, indeed, this was a key part of the Good Friday agreement.
Catches up on the last five years of brexit news
Oh no, oh fuck no. Oh dear

all the news reports and stories i’ve seen headline this as “a rock” – that’s not what i was picturing, and is even marked, indicating it has some usefulness or importance. i’m surprised he moved it in the first place.

Crossing the border is one thing, but moving the boundary stones is not recommended if you want to continue with your ordinary life.

As a resident of the Washington DC metro area, I have an idea of how to get my friends across the Potomac voting rights…

I just need to enlist a few people with strong arms, a couple trucks, and the willingness to move a few boundary markers from the edge of Maryland a couple miles inward…

The Brexiteers tried to warn the world about creeping Belgian expansionism, but did we listen?

Meanwhile on another Belgian border

Why not replace the stone marker with a plaque over which the tractor could easily drive without damaging it then move the marker to a museum?

Yeah, or a bronze post-it on top of the stone saying ‘Actual border is 7.5 feet due (direction) from here.’ There seems to be some kind of inexplicable conflation of the actual border with this rock.

Why did they put a stone marker in a tree?

goes through people’s property, in some cases, through their houses.

If you’ve never read Puckoon by the legendary Spike Milligan, you’re in for a treat. On the drawing of the border:

"But back to now. On a show of hands, they accepted his suggestion. In what was meant to be a solemn moment, all hands held the pencil and pulled slowly across the map. All was silent, the room was filled with suspicion. Occasionally a gasp rent the silence as they all strained for the advantage.
‘Steady, someone’s pulling to the benefit of Ulster.’
‘Lies, all lies.’
‘Who gave that jerk?’
‘Ah! I felt that.’
‘Swine!’
Finally the pencil reached its destination. Faces broke into relieved smiles, and a series of rapid unplanned handshakes ensued.
‘His hands feel nice,’ thought Angel. "

And on borders through corners of property:

"‘Yes!’ Mr O’Toole jumped to his feet. ‘This boundary affects me, terribly. My pub is all in this side of the border, all except two square feet in the far corner of the public bar.’
‘Is that a hardship?’ asked Father Rudden.
‘Is it? That two square feet is in Ulster, where the price of drinks is thirty per cent cheaper. Now, every night, me pub is empty, save for a crowd of bloody skinflints all huddled in that corner like Scrooges.’ "

A hilarious piece of work, takes the mind off the real world cluster fuck currently ensuing there.