I think I’ll stick with my Lamborghini. 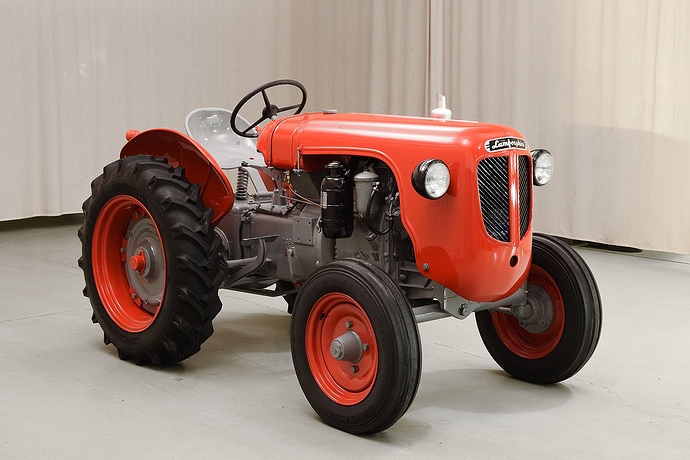 Accident implies lack of intent. I don’t think that the valet intended to drive any car under an SUV.

Insecurities? Hah, no. Honestly, not everyone is motivated in life by this crap, although those who are never quite seem to believe it. I don’t want a car of any kind, and public wealth status displays are gross.

I have nothing against the corporate brand that you for some reason identify with, though. If you have a non-flashy one, good for you. The one in the video is not owned by anyone middle class though. Just look at it.

That might be the prettiest tractor of all time…

It isn’t about status. Nothing on four wheels feels like a Porsche, in terms of driving pleasure that even the middle class can afford. Older BMWs are okay, but not as reliable and they still don’t have the same balance.
I see you’re stuck on the social aspect and not the experience, which just proves my earlier point. Why would you disparage people for enjoying their lives?

People driving for fun makes roads less safe. High-end sportscars like the ones depicted (presumably much fancier than the Porsche you have) are for doing what should not be done. But yeah, I do normally perceive cars like those as likely to be something the owner values as a status token more than honestly primarily for its practical luxury. Maybe I’m wrong about the relative frequency between the two interpretations.

…but honestly, I was talking about inequality and wealth flaunting. I feel like your interest is in the brand of car, and defending that the particular brand also has more reasonable options—sure, fine, not what I care about.

The old ones had plenty of power, but I think they’d be harder to get under an SUV.

Unless the Subaru helps… 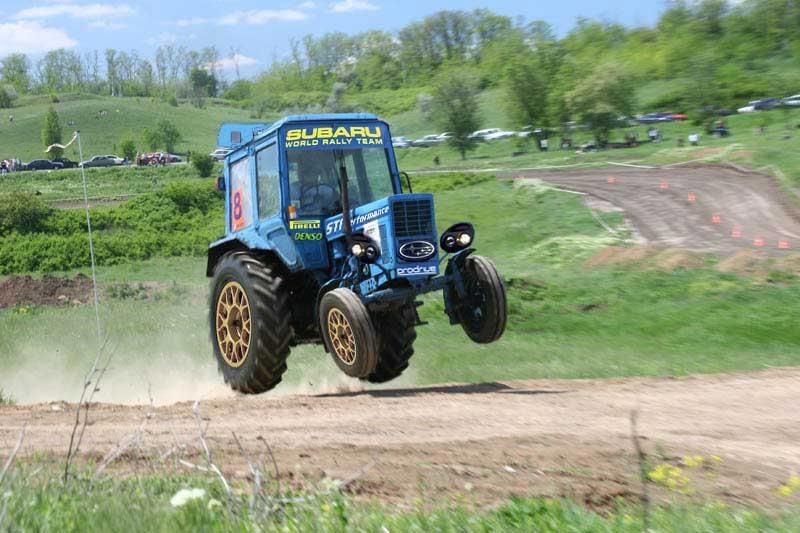 There’s lots of bad drivers in my city, but as a class the worst are the German “Driving Experience” cars that come in from the suburbs to work in the high rises, doing 50 in 25 mile per hour zones.

Fetishizing “driver experience” is one of the rationalizations that comes from creating a country of endless suburban sprawl. Marketing has created a culture of “your car is who you are”, leading to the elimination of station wagon from the market as discussed above. Not me. I still get a kick remembering driving up to a family event at a fancy Country Club in a beat up minivan with kayaks on top!

You know, long ago I thought it would be a very funny gag to buy one of these (you can get some of them for under $10k) and then drive it to a trendy part of town. Go up to a pretty young gal at the bar, and offer a ride in your Lambo, only to capture the look on her face when she sees you have a Lamborghini tractor parked outside.

That was well over 15 years ago. And today, we have Portlandia on TV. I missed my calling. 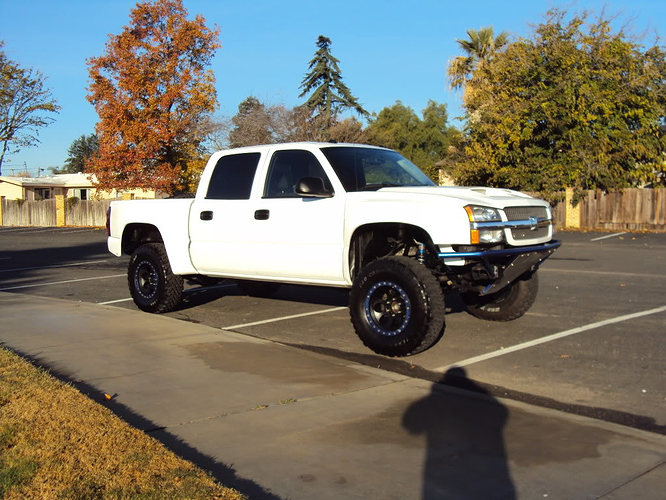 THIS is some auto related shit that gets on my nerves.

People who drive for fun are far better drivers than people who think of cars as whitegoods.

I’ve never been bothered by a Porsche driver, but goddamn all those white Camrys.

THIS is some auto related shit that gets on my nerves.

Exactly! I passed at least four of those driving to the movie theater yesterday. One was a huge black truck with massive twin smokestacks at both ends of the cab. It almost looked like it belonged in Mad Max. I wanted to get a picture, especially when he was looming behind me with his bumper halfway up my back window, but Jesus refused to take the wheel.

Around here it seems like the worst drivers are in white or (to a lesser extent) silver trucks. The more customized like the one above, the more certain they are to be aggressive.

It may be confirmation bias - you see a couple of white or silver truck drivers being jackasses, so you start watching all of them - but I swear they are the ones I can count on to leapfrog across lanes without signaling, not yield right-of-way at intersections, tailgate, etc.

Part of why I think this is so is how trucks are marketed directly to aggressive people. The only thing I can think of that is marketed in a more “manly” way than a truck commercial are UFC fights. I just don’t get why white trucks seem to be the worst of the lot.

I really need to get a dash cam.

Those stacks are pretty annoying as well

It isn’t about status. Nothing on four wheels feels like a Porsche, in terms of driving pleasure that even the middle class can afford.

Not to specifically call you out, I don’t know you from Jesus, but when you mention that even those middle class people can afford to drive some level of a Porsche, it kinda feels like status is involved.

I’ll never know though. I’m not quite middle class enough to be able afford one. Maybe if I vote for more republicans, I’ll get there some day.

Yep. His seemed decorative. No smoke was coming out.

We also have a white truck somewhere around where I live, I’ve seen him a lot, that is lifted and tricked out and he drives around with a full size American flag flapping from the back.

As a veteran, that pisses me off a bit, since the end gets tore up by the wind, and he doesn’t seem to care about replacing it until half of it is gone. But god damn! How else can he possibly show off his patriotism?

I guess I should just be glad it’s not a confederate flag, like the ones these chaps were wearing at Safeway on Memorial Day weekend: 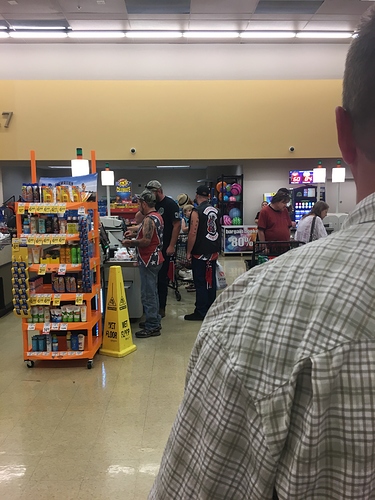 Now those gentleman are PATRIOTS!