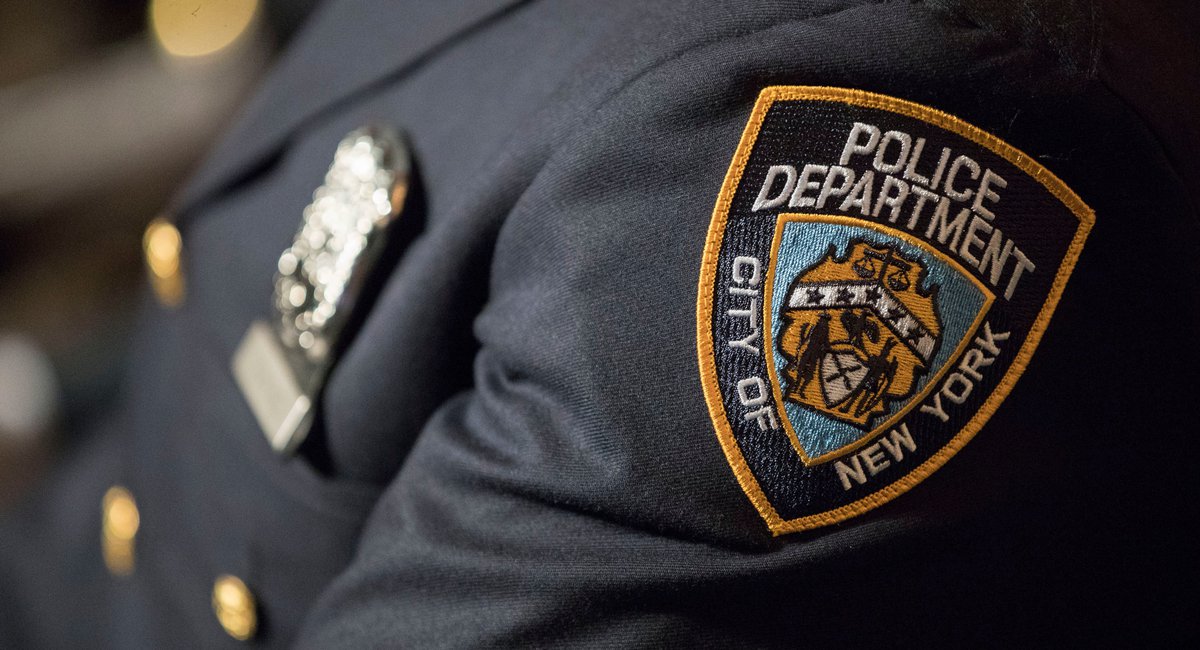 Here Are The Current NYPD Officers With The Most Substantiated Misconduct...

Gothamist/WNYC has identified seven officers in the CCRB’s data set with substantiated allegations in at least six separate complaints—the most of all current NYPD officers.

Gothamist has a summary of the most egregious cases from the dataset. 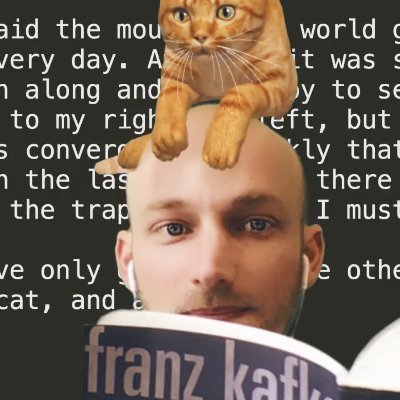 The blue-collar pretensions of US cops are entirely mythological. They’re petty bourgeois.

This is just unbelievable.

Over his 34-year career at the NYPD, Detective Tallarine has been the subject of CCRB complaints for use of force, discourtesy, and use of racist language. Records show that only Black New Yorkers have filed complaints against Tallarine. The most recent of those substantiated complaints occurred in 2004, for abuse of authority. For that complaint, Tallarine was punished with “instruction.” The CCRB records do not show any other form of discipline.

In 2014, now-Detective Tallarine was named in a lawsuit filed by Clarence Bailey, who was wrongfully convicted of a 2007 attempted murder, and was released from prison in 2013. Bailey’s lawyers claimed that Tallarine and two other NYPD officers from Brooklyn’s 83rd Precinct had “threatened” a witness with parole revocation if he did not testify that Bailey was to blame. After recounting the many previous scandals coming out of the 83rd Precinct, Bailey’s attorneys wrote that prosecutors had failed to provide evidence to Bailey’s original defense attorneys that “Tallarine…had a history of dishonesty and poor judgement.”

The city settled the case for $750,000. Tallarine is named in two other lawsuits that the city settled for a total of $125,000, according to CAPstat.

Detective Tallarine received $186,000 in total compensation in 2018, and is currently on the board of the Detectives’ Endowment Association.

So this guy cost the city almost a million dollars in lawsuits, not to mention the cost of fighting them, cost a man years of his life, and he still got promoted upward to $186,000 salary.

The police unions have to go, period. No halfway garbage leaving them there to negotiate contracts and benefits, none of it. Obviously they aren’t in desperate need for salary negotiation. They are corrupt. The police in the US will never change as long as they have these unions.

Every police crime should be as public as any of us would suffer if we committed a crime. This just makes me livid.

If doctors need malpractice insurance, then cops should, too. Some penalty, some accountability, something. After all, if you’re not doing anything wrong, you have nothing to worry about, right?

The problem that I have with it is if a doctor does something criminal, it is crime.
If a police officer does something criminal, it’s “handled within the department”. It’s obviously not considered a crime within the police department if they assault people, frame people, intimidate witnesses, threaten people with guns just to establish dominance.

Look at that guy above, witness tampering, framing another person and forcing them to spend years in jail. The list of abuses in those records are so deep, and none of them are something any of us could be insured for.

I can’t get “assaulting another human being” insurance, can you? They should face the same justice we do. Until that happens, they will continue to be what they are.

They should obviously be held responsible for crimes they commit. I guess I was more thinking about how insurance penalties for things that are bad policing, or mistakes, but not actually illegal, would force precincts to think more about how cops are trained and treated in the first place. Which would likely also reduce illegal activity.

Hm. That looks like I couldn’t take the DB, and repack it into a TiddlyWiki. (A portable Javascript wiki in a single html file.)

I get what you mean, I do. But look at that guy I quoted. He cost the police department easily over a MILLION dollars in payouts and court costs, and what did they do? They promoted him up to a 180k a year job. HE should have had to pay out to those people, and pay the court costs. That would be financial accountability. Then he should be put in jail.

To me it is about standards. Someone who walks around with a gun with the authority to arrest, assault, and kill people if necessary should be held to HIGHER standards than you or I. Instead, they pay union dues and don’t have to keep to any standards at all; they don’t even have to worry about us finding out what they did, until now.

Insurance is there to ease the worry about accountability. I don’t think that is the direction we need to go.

If officers were required to carry their own “Malpractice” insurance as a requirement of employment, they’d likely lose their coverage (and employability) after their first costly violation. While it isn’t ideal, it would cut down on repeat offenders…in the short term. I could see the TV ads that would eventually pop up…

Don’t think beating a suspect constitutes a crime?
Go with the general, you’ll be just fine!

I re-upped my donation the day this came out. They are the absolute model of modern journalism - which importantly often turns Into action.

The blue-collar pretensions of US cops are entirely mythological. They’re petty bourgeois.

It’s a trend towards fascism. When a totalitarian ruler comes in, he will need to pay his enforcers well to ensure their loyalty. The police are paid well and protected by special laws in order for them to carry out their orders without asking too many questions.

Need to disperse protesters with CS gas, pepper balls, and rubber bullets? Send in well paid thugs who don’t even live in those communities to do the dirty work.

Sadly, tyranny is not a stable system. Eventually there are uprisings that are costly in terms of human life and in property, and frequently enough result in a poor end for the tyrant. But for a short time, be it 1 year or 20 years, the tyrant gets to have their way. A rational person wouldn’t find such an unreliable outcome to be worthy of pursuit, but something is very wrong with the power obsessed that makes then different than most human beings.

Good for ProPublica. When the ruling came down, I saw people suggesting that someone not named in it should distribute the database. Glad that they did it. This kind of shit needs to be made public.

Overtime really adds up. I saw a defense lawyer writing about how one thing they looked at was when an arrest occurred relative to the officer’s shift ending. Apparently it was common for cops to arrest totally random people on trumped up charges just before their shift ended so they could get the overtime pay. So those inflated salaries are doubly grotesque.

The current problem is that neither the cops nor the police departments pay anything. It ends up being the cities that pay out, so the police departments have zero incentive to not fill their departments with criminal/inept cops who rack up the settlements. It’s not coming out of their budgets, after all. Just pushing liability onto them in any way would, rather perversely, be a huge step forward.

While I hate the job the cops are actually doing right now, what do you propose they get paid? Seriously, not a rhetorical question. I’d like to see a pay scale for what you think jobs in NYC should pay. Have you ever lived in the NYC area? I think we are right to demand that the police live up to what they are supposed to do for the people. Or redefine what they are supposed to do for us. But how much do you think it takes to live in NYC. And I don’t mean barely scrape by like a kid right out of school. I mean raise a family level of pay scale. Here in the Seattle area firefighters generally start in the $60-70K range and top out close to $100K. Promotions can extend that to $120-130K or even higher for chiefs. But most will plateau after about 5-10 years. As a software developer I can crush that and keep going past $200K. Same with jobs in project management for banks, software, etc.

I’m not saying we’re getting our money’s worth right now, we for sure aren’t. But if we defund the police what would you pay the social workers and mental health professionals that should be funded? How much would you expect to pay the person who all of those people work under? If you have only ever worked in the private sector, you probably don’t understand that upward mobility tops off rather quickly for most workers. In a department of 100 or 1,000 there is still only 1 chief at the top and your chances of become that person are relatively slim compared to what you can do in the private sector. Also from a fire department perspective, the pay scale is designed to encourage you to stay for your entire career. It isn’t the tech sector where you can jump jobs from year to year. Should it be? Maybe, maybe not.

After 10 years in one spot, I’m making about $100k living in a city on the outskirts of Seattle. It’s enough but I have no kids and never will. Try to think about raising a family where a lower priced house runs $450-500K for 2 beds, 2 baths. Then feed and clothe that family, and save for college.

For those chiming in, where do you live and what is your yearly salary?

Also before people lecture me on my beliefs I’ll state that I fully believe we should have very high taxes for the rich, a universal income that helps all live a better life, that minimum wage should be way higher than it is now, and things like schools should be funded through income and wealth taxes, not property taxes. Poor neighborhoods deserve the same level of schools as the richest areas.

those chiming in, where do you live and what is your yearly salary?

I live in Norway (a country that is probably more expensive than NYC by all accounts) and I make much, much less than you or an NYC cop. And I consider myself fairly compensated.

OK but that’s a completely different system of… well, EVERYTHING. What kind of lifestyle can you have on what you make in Norway? And believe me, if I was single and didn’t have a ton of family here, I’d already be living in Norway. I pay easily $2,000 a month of my salary just for healthcare that is measurably worse than yours. You’re comparing apples to kronors. I would trade my salary for your social systems in a heartbeat.

Only 4000 officially reported complaints. NOT the same thing.