Originally published at: A man confessed to raping a 10-year-old girl after Republicans said the story was fake | Boing Boing

Of course the Republicans were looking to deny the story (even though it’s not exactly an uncommon event, much less an unlikely one). They know just how monstrous they are when pushing policies that result in outcomes like this, and they have no response to it. So all they can do is deny, deflect and ignore.

We need every forthcoming horror story of this kind shoved into their faces every gdamn time. Especially the likes of Gym Jordan and Noem.

Shouldn’t give the press a pass here. The Wall Street Journal’s opinion page editors insisted it was fake, as did Glenn Kessler, the stooge who writes the Fact Checker column at the WaPo. And Michael Brendan Dougherty from the National Review is moving the goalposts all over the field after chortling about the fake rape victim. None have offered retractions or apologies.

For Republicans, the cruelty is the point.

Anything beyond “crickets” in response to the part of the story about the girl having to travel to Indiana? I certainly hope these assholes are hammered with the questions about whether they believe a Ten year old child should be forced to carry her rapist’s child to term regardless of the obvious impact to her physical and mental health. Then I hope the electorate holds them accountable.

“The guy is an obvious plant”?

“Innocent until proven guilty”? Now we’re on “accusers are liars until there’s a conviction”

That was completely irresponsible for journalists to report that it was a fake story. There is no way a member of the media could verify medical information, not to mention information regarding a minor.

My guess that there will not be an apology from the WSJ because it was an opinion piece AND it’s the WSJ. It will be interesting to see what WaPo does with respect with their columnist’s Fact Checker column.

This is a perfect example of why local journalism is so important.

They’ve now pivoted to “he’s an illegal alien!” Despite nothing pointing to that being the case.

Okay, that’s horrible. But running the headline “A man confessed to raping a 10-year-old girl” directly over a photo of Jim Jordan is misleading layout.

Jim Jordan supports sexual assaulters by not reporting their crimes. He also, without any evidence whatsoever, tried to discredit a young girl’s trauma.

Placing his picture below Carla’s headline is the very least we can do.

I’m in Columbus. Gym Jordan’s district. I’m so gerrymandered that my vote means nothing. Our only hope to be rid of him is the January 6 investigation

He can fuck right off. 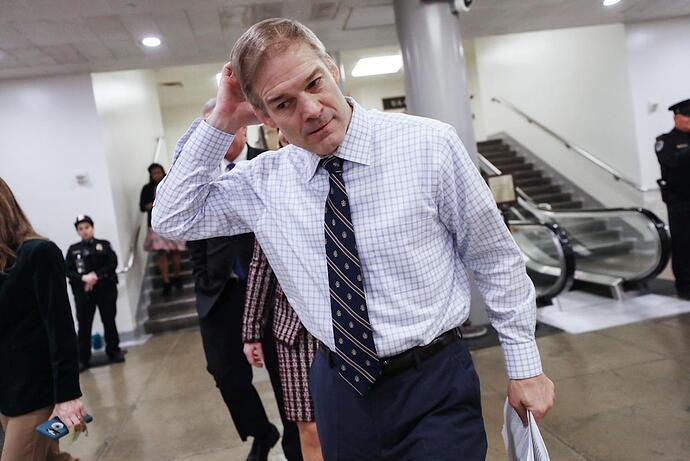 Jim Jordan reportedly called a former OSU wrestler and "cried, groveled... begged" him to help Jordan cover up his involvement in the abuse.

With regard specifically to policy discussions, I don’t see how it’s veracity is important. Either you don’t think anyone in that situation should have access to appropriate medical care, in this case an abortion, or else you do. If you believe she should have access to care, you need to act accordingly because even if this particular incident were not real, everyone knows it’s possible. That possibility is horrifying to anyone with a conscience.

running the headline “A man confessed to raping a 10-year-old girl” directly over a photo of Jim Jordan is misleading layout.

The headline reads “A man confessed to raping a 10-year-old girl after Republicans said the story was fake.”

If readers assume Jordan’s photo accompanied that story because he’s a child rapist rather than because he’s one of those Republican rape deniers then that really says more about the current state of Jim Jordan’s reputation than it says about anyone else.

Yeah that’s what’s crazy about the skepticism from the GOP and the media on this story. As others in this comment thread have pointed out, it’s not an unheard of thing. I think the youngest grandmother on record in the US was 20 or 21? So it’s a totally plausible situation, which makes it completely relevant to policy discussion, even if this specific case had turned out to not be true. And for the record, I wish it had turned out to not be true, because it’s horrific.

The story undercut the Republican narrative that overturning Roe only created inconvenience for irresponsible harlots who wanted to abort perfectly healthy babies that would otherwise grow up loved and cared for by good middle-class Christian families. So obviously it had to be a fake story made up by the radical left-wing media.

Either you don’t think anyone in that situation should have access to appropriate medical care, in this case an abortion, or else you do.

There’s a third group who have been influenced by embellished or fabricated stories about late-term abortion who would at least recognize the nuance of the issue with the real story of a raped 10yo being forced to take that pregnancy to term, and in many cases completely switch positions as a result. Many don’t even realize that Roe doesn’t actually have anything to do with late-term abortions.