A rare encounter with the freaky Deepstaria jellyfish

Yup, that conversation jives with any scientist I know finding something rare is the field.

There are more thing in Heaven and Earth… and under the Sea… than are drempt of in my philosophy.

Could watch that for ages

Yeah, but it would last all of two seasons before it became overrun by alien conspiracy shows, stupid reality shows like “underwater survivor!” and pawn starz, and then got cancelled because people stopped watching it, thereby proving that the concept of a channel about marine biologists flipping out while watching crazy undersea footage just isn’t workable, and we should just have chanels about alien conspiracy theories, dumb reality shows, and pawn starz.

then turns inside out

I’ve become more fascinated by these types of animals after finding this article on Hacker News a couple weeks ago: 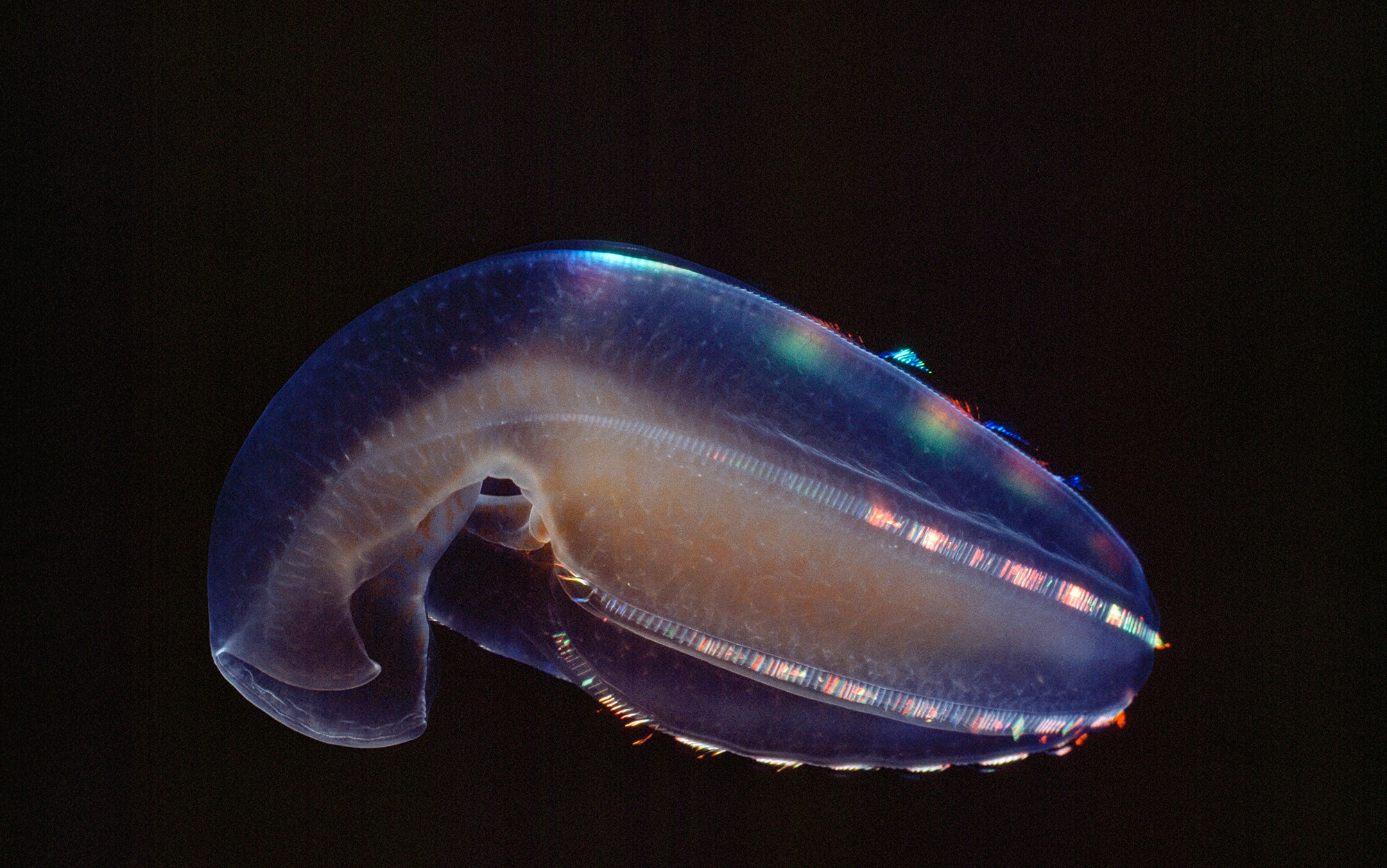 What the ctenophore says about the evolution of intelligence – Douglas Fox |...

The ctenophore’s brain suggests that, if evolution began again, intelligence would re-emerge because nature repeats itself

The ctenophore (pronounced tenophore) has a nervous system made of components different from those of all other known animals, everything from sponges to us, and even advanced life forms (not us). And they come with pretty built-in flashing lights!

Captain George B. Worth on the U.S. whaling ship Oeno discovered these islands in 1822. They were visited subsequently in 1828 by Captain Daniel McKenzie of the U.S. whaler Minerva Smyth, in 1832 and 1839 by Michael Baker of the whaler Gideon Howland, and in 1842 by Captain George E. Netcher of the U.S. whaler Isabella. Alfred G. Benson and Charles H. Judd took formal possession of the islands (as well as Jarvis Island) in 1857 in the name of the American Guano Company of New York. Rich guano deposits were mined from 1850 to 1891 and in 1857 the United States claimed the islands on the basis of the Guano Act of August 18, 1856. The Guano Act stated that “when any citizen of the United States discovers a guano deposit on any island, rock, or key, not within the lawful jurisdiction of any other government, and takes peaceable possession thereof, and occupies the same island, rock, or key, it appertains to the United States.”

I wonder if we could have the White House resident declared a guano deposit, and reclaim it for the people.