A Roundup Of Antisemitism: Resisting The Socialism Of Fools

That is exactly the reason behind it–for the first century or so, they weren’t having any luck with converting Jews to the cult (which hasn’t changed), but then they shifted targets to the Romans, and the rest is (literally) history. 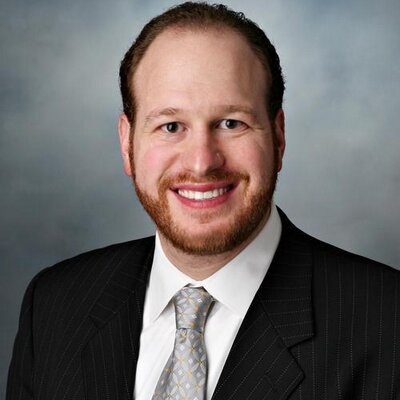 Over 40 tombstones knocked over at Washington Cemetery in Borough Park, Brooklyn. This is one of the largest Jewish cemeteries in world. https://t.co/DuYZDyL5qv 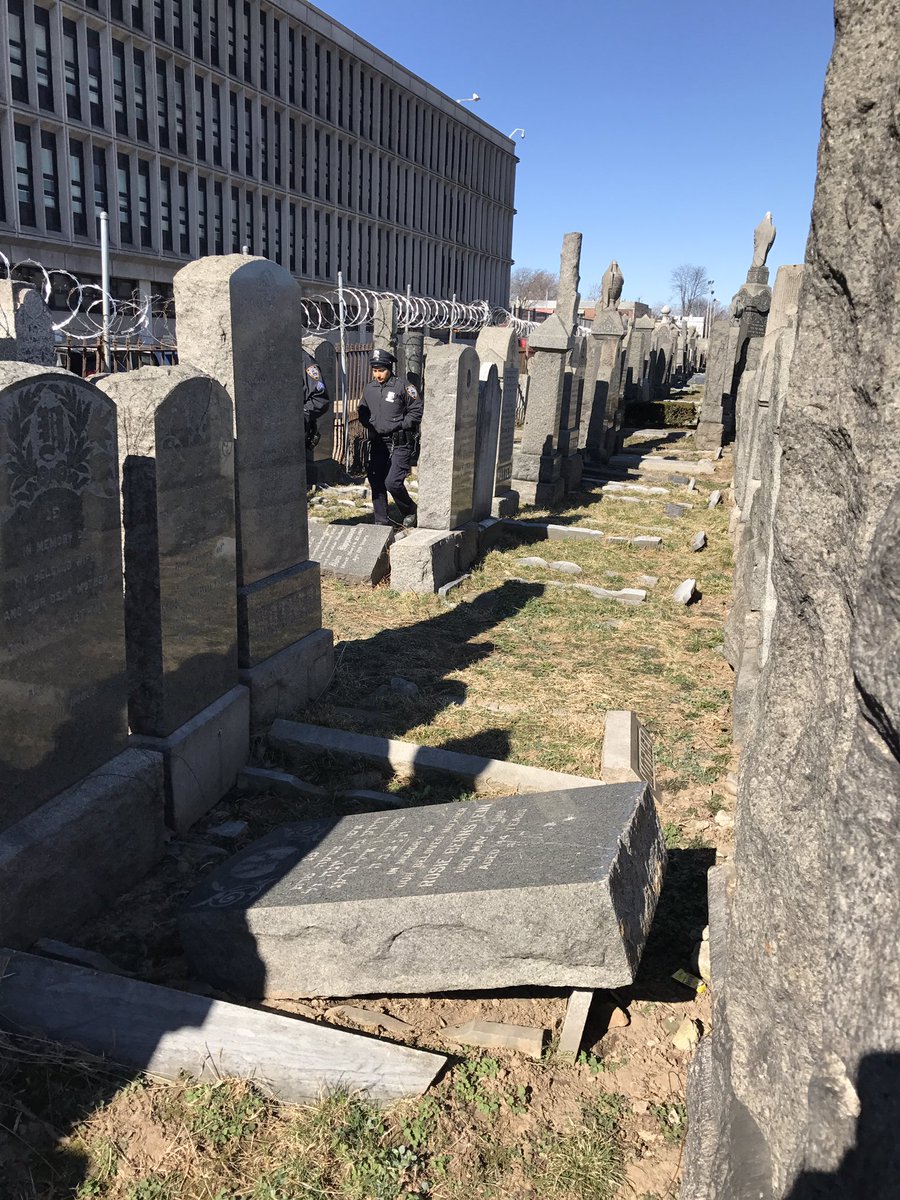 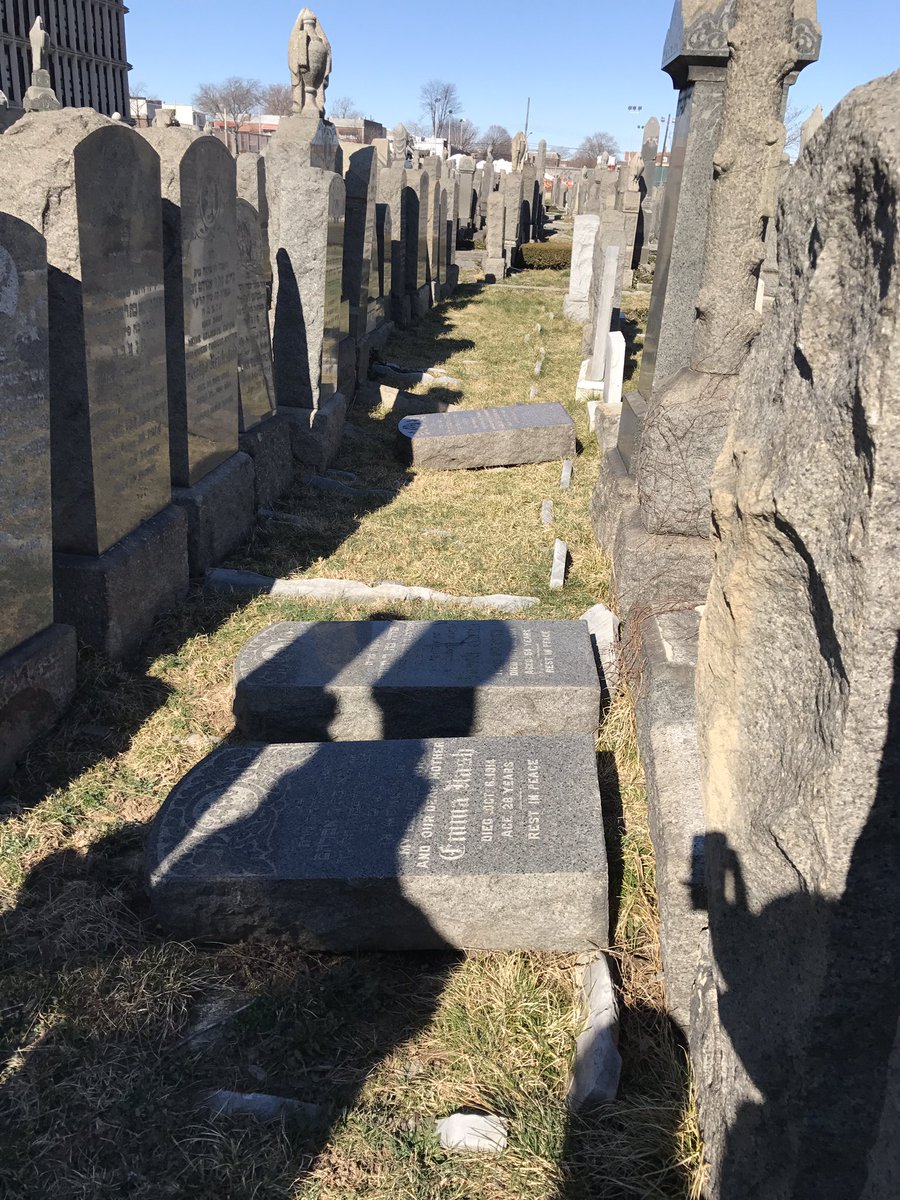 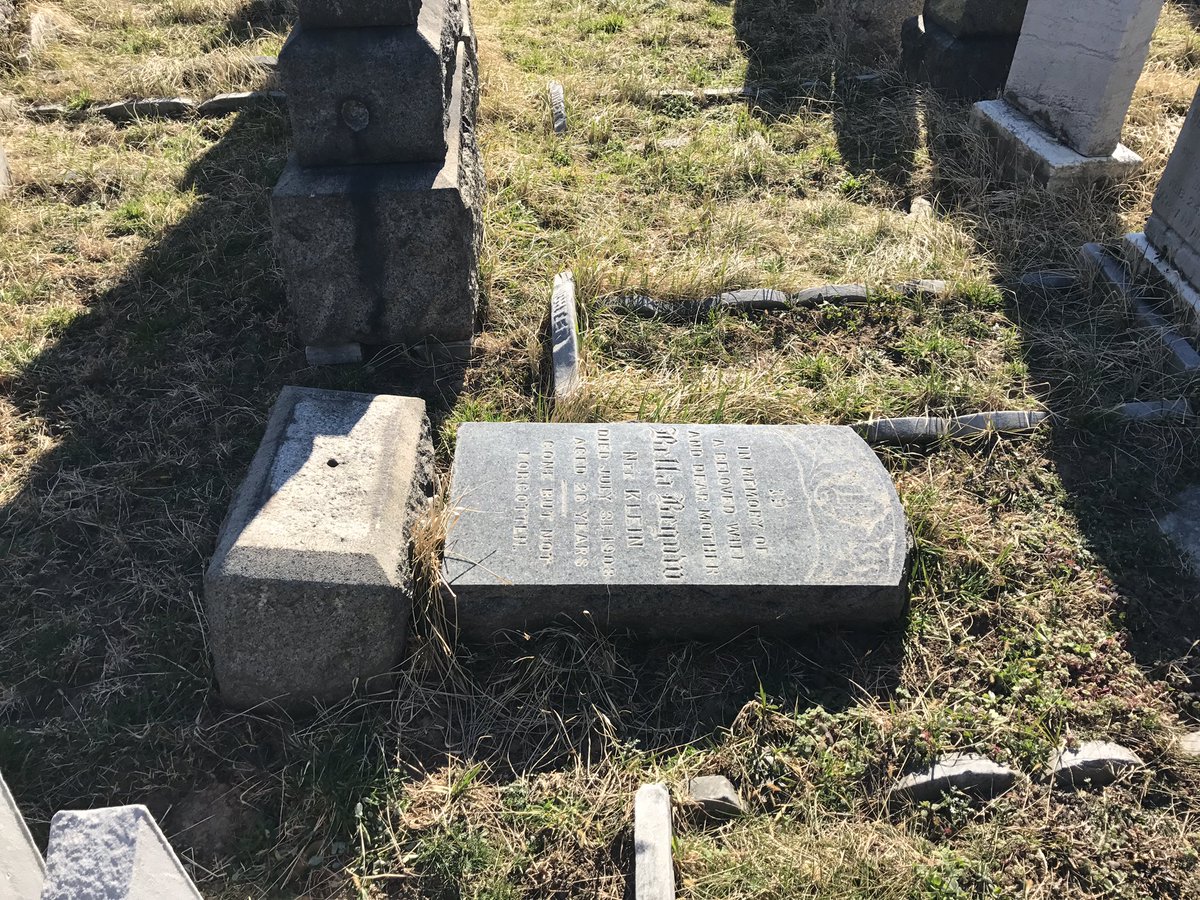 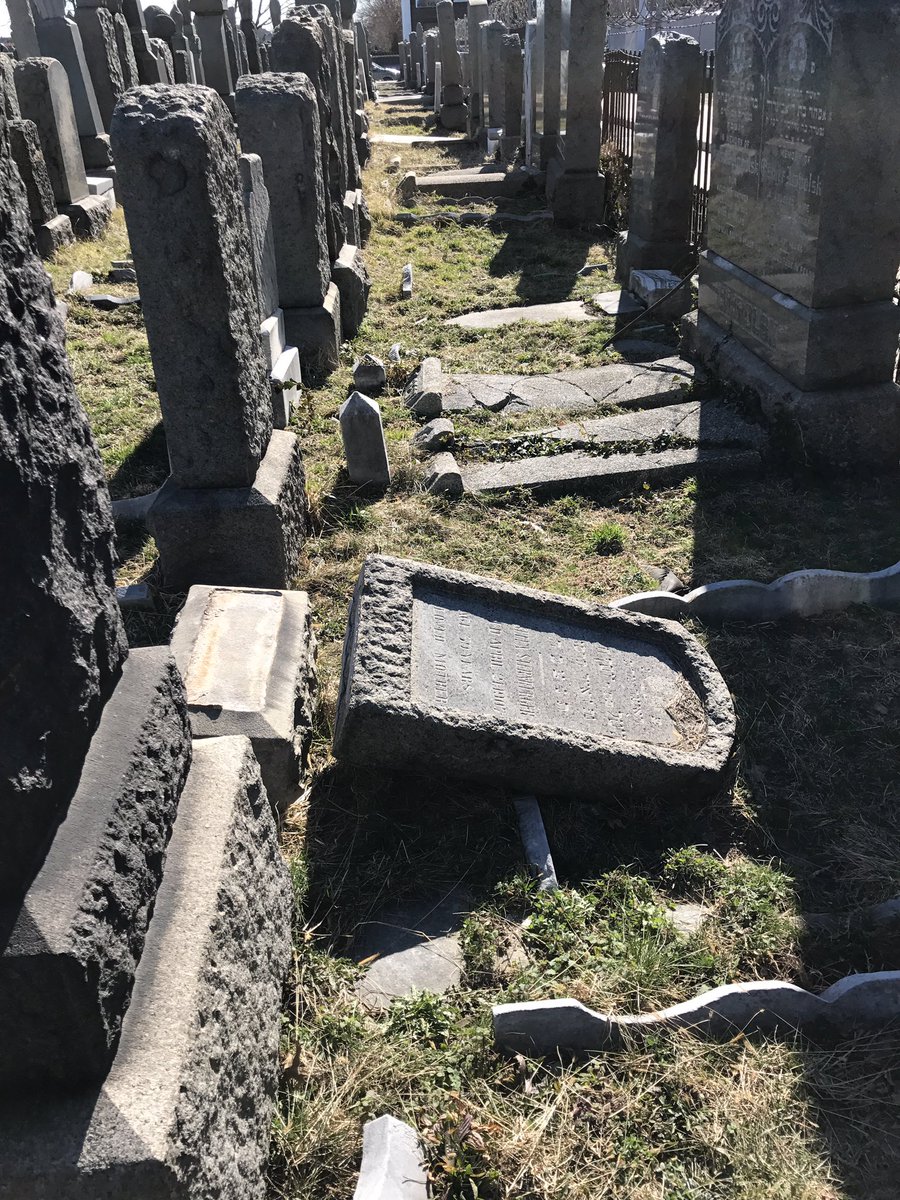 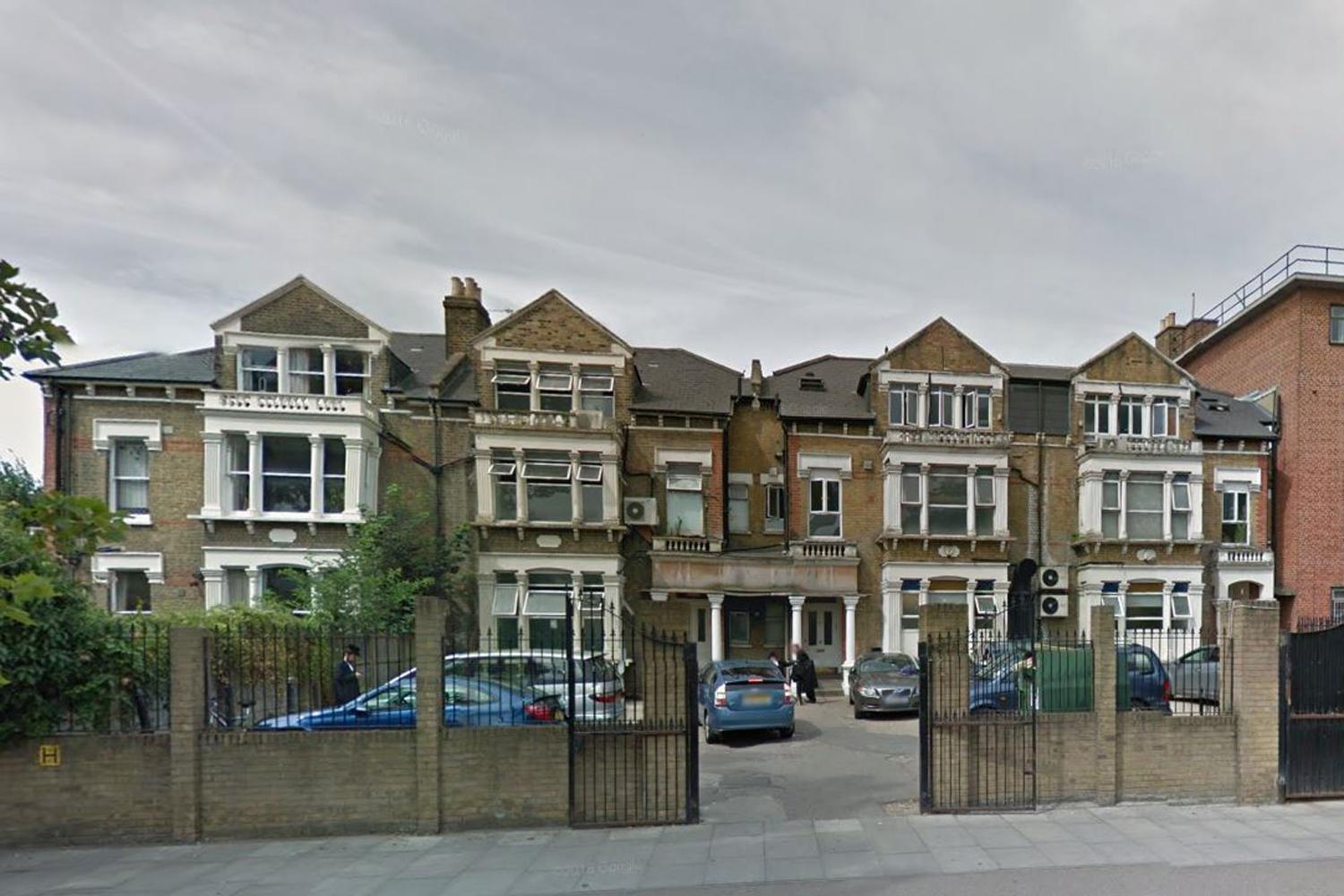 Stuart Wright has two tattoos. On his left arm is the phrase “Jesus Is Love,” according to police. On his right shoulder, a swastika.

Stuart Wright has two tattoos. On his left arm is the phrase “Jesus Is Love,” according to police. On his right shoulder, a swastika.

As a child in Catholic school, I remember singing:

As a kid, that song energized me, because I was innocent enough to believe it.

I’ve commented elsewhere on this board about how it took me nearly 30 years of living in the United States to realize there were such things as non-hypocritical, open-minded Christians.

As someone raised Christian, and who was Christian into adulthood for a while, those Christians exist but they are drummed out from churches because of the more extremist people who are more involved in the leadership locally and regionally.

My church from my teen years which encouraged me to question the teachings and draw my own conclusions went from a place that was openly accepting of homosexuality, struggled financially a little, worked heavily in local volunteer work (the very unpopular kind like sorting food banks and cleaning shelters), and whose Sunday school taught about other religions around the world in 1998 into one that condemned homosexuality broadly, filled its coffers easily, kicked out “problem” members, only went on extravagant mission vacations for volunteer work, and who pulled their kids out of Sunday school as long as the teacher stayed because her husband wasn’t baptized by 2004 (the regional leadership even told her she would join her husband in hell if he wasn’t baptized - in the official meeting with no correction by others). My whole life I have seen many churches turn that same way, and in my middle teens I got swept up in the judge-y clique culture stereotypical of churches. The culture of fear and feeding it really works for enough people.

I always hear there are magical churches out there that still open-minded but most people seem to mean it’s simply a “Sunday Christian” church that dangles the keys in front of the audience to keep its doors open instead of catering to the “insider’s only” crowds other do.

This is my relationship with Christianity almost exactly. 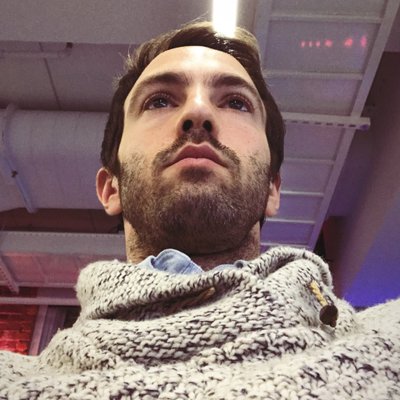 All 100 U.S. Senators sign a letter to DHS, DOJ and FBI urging the Trump administration to take action on JCC bomb threats https://t.co/ZTyknyDl5g 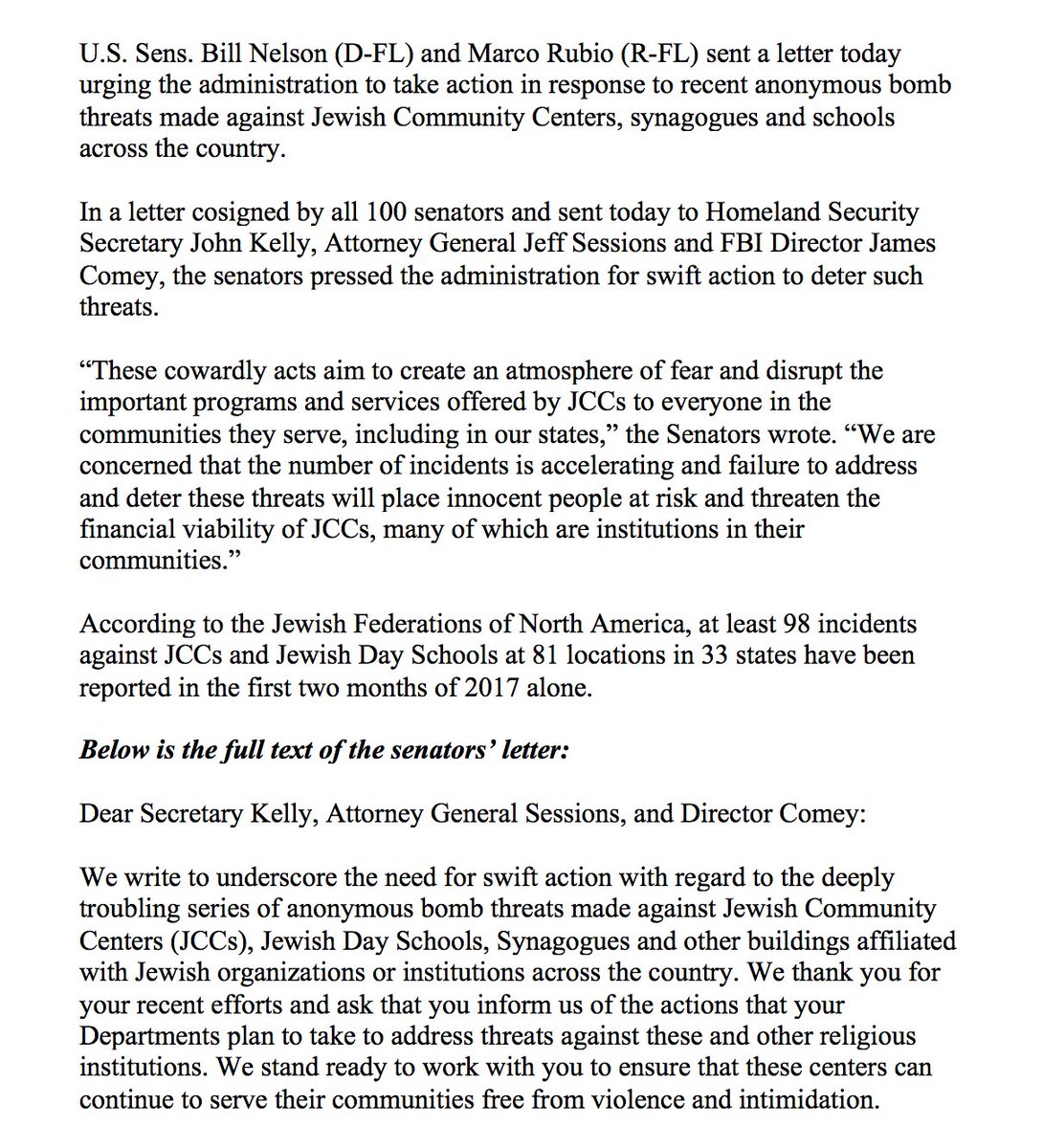 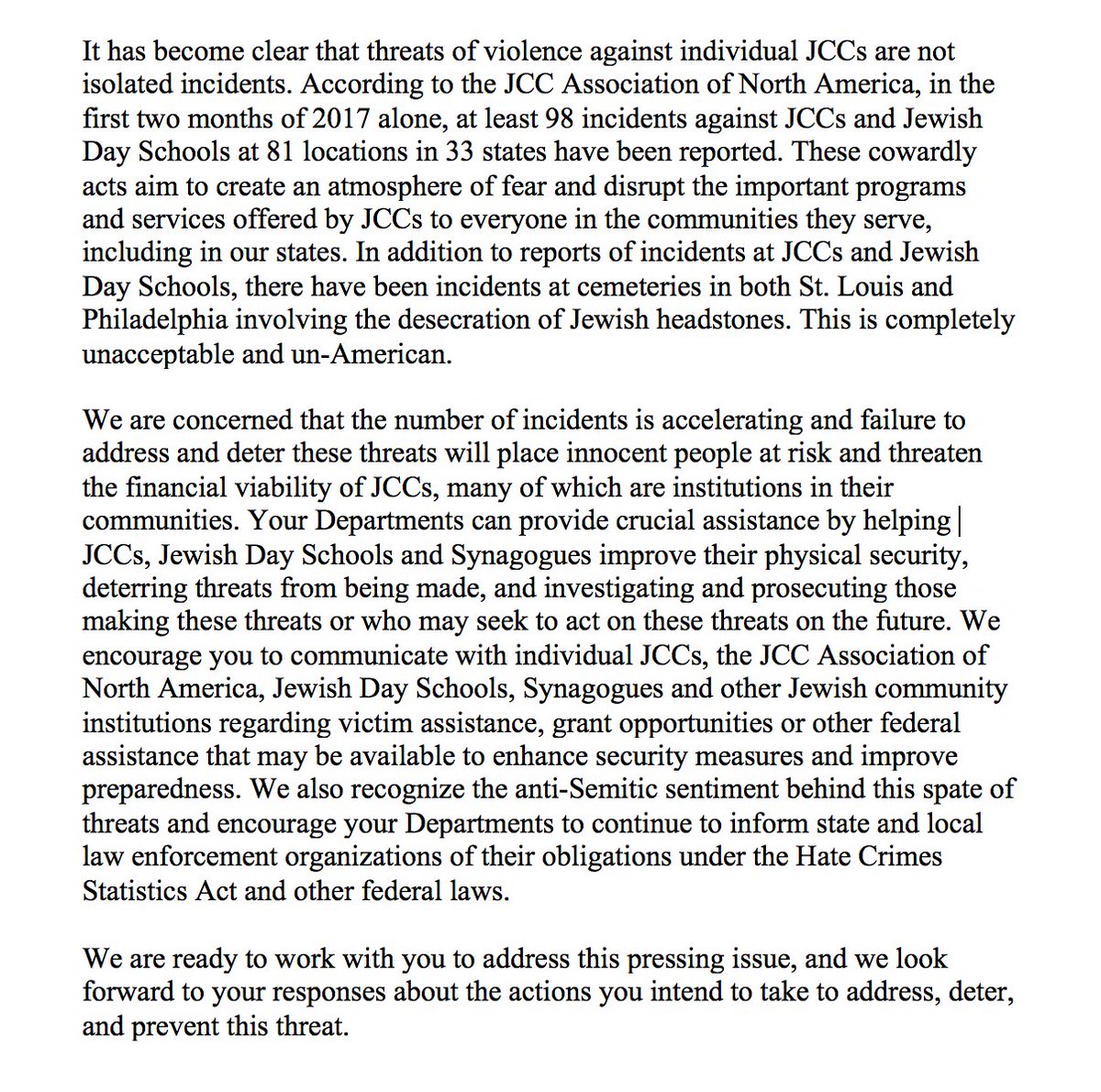 Another week, another wave of bomb threats against Jewish schools and JCCs (including the one here in Rochester, NY, where I live). 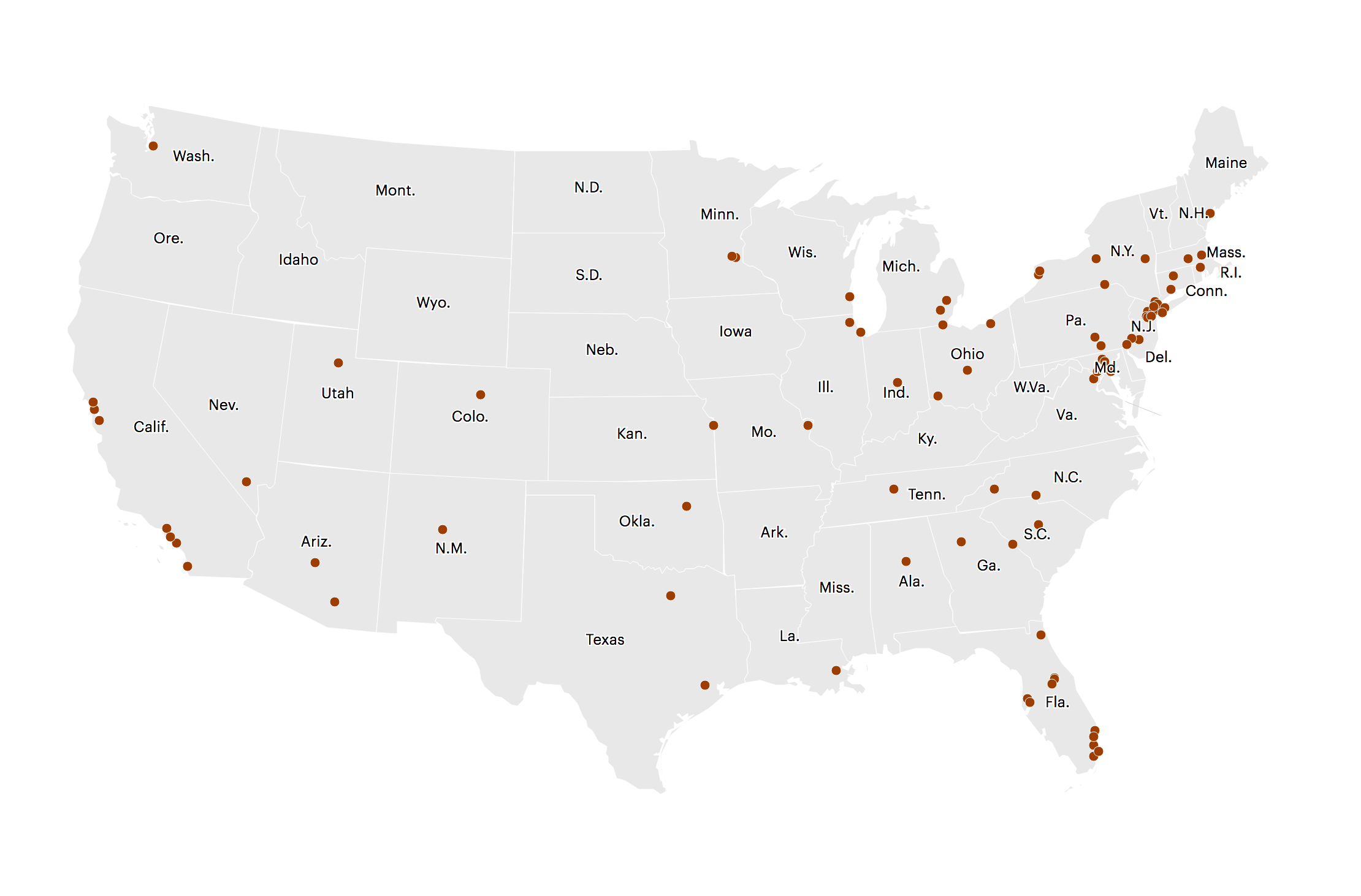 Since Jan. 1, at least 105 Jewish organizations — including schools, Jewish Community Centers, and offices of the Anti-Defamation League — have received a total of 146 bomb threats.

Yes, they’ll know we are Christians by our love

I just keep thinking on this line, and going to myself, “Yes… we do.” The Miles Nadal Jewish Community Centre was one of several across the continent that received bomb threats Tuesday.

An evacuation order has been lifted, but London Police continue to investigate reports of a bomb threat to the Jewish Community Centre.

Saw this on tumblr, taking the time to copy over links…

[quote]Back in 2015, the Jewish population of France decreased by 100,000 people in one year. Here’s how it happened:

We are on step two, but things escalate from step two to step three VERY fast. I’ve said this before, but it bears repeating: Jewish people are extremely easy to target. We are only 0.2% of the world population, but we mostly live in large cities and our schools and places of worship are easy to identify. We have specifically marked cemeteries, schools, community centers. One person could strike a major blow to the Jewish community with horrifying ease. I am begging you all, don’t let this escalate to step two. I have always had a complicated relationship with my American identity, but, when it comes down to it, this is my home. I don’t want to leave.[/quote]

I could not confirm that the Creteil attackers were French nationals. Do you have further information on that?
I am not trying to distract from the topic, but I have not seen info beyond the suspect’s names anywhere.

I ended up leaving formal church-going not long after the church we were at kicked out the pastor for preaching that the congregation had sinners (i.e. none of you are perfect) but that it was okay and forgiveness was there for those who wanted it. You know, one of the basic tenets. How dare he accuse them of being bad people! I was in my teens but that really opened up my eyes to how holier-than-thou seemingly normal people could be. That was the beginning of the end for me. But up to that huge, can’t-ignore-it hypocrisy tantrum, I went along with it all. It’s only looking back that I see the implicit nastiness that was always there.

ETA: to stay on topic one of the things I “learned” at this church was how Judaism was a “less evolved” religion and to pity Jews for not listening to Jesus when he was trying to help them. I am so glad I got a chance to get away and figure out how toxic it was (is?) Just even typing this now makes my skin crawl.

I wish the church experience of my youth was even that good. Just thinking about it makes me cringe.

I wish the church experience of my youth was even that good. Just thinking about it makes me cringe.

It says something about my interactions with and opinions of American Evangelical Christians that I was able to read this article and be surprised that it was seen as beyond the pale:

'I thought I was going to die': Former US congregants reveal years of terror...

Former worshippers detail years of abuse at evangelical US church, where "sinners", including children, were bashed.

And folks like that make my childhood look like heaven by comparison. That branch of American evangelicalism is fruitloops.

The branch I found myself in was much more subtle in their approach to abuse. Of course, we were in a more “refined” part of the country, so we didn’t want to stick out like a sore thumb… it would have really restricted the recruitment and giving.

So many flavors of lunacy from which to choose here in the US of A.

A Holocaust memorial in Savra in Odessa, Ukraine, has been totally destroyed overnight. Paul Kozlenko, director of the Holocaust museum in Odessa, said “villains and moral monsters continue to mock the memory of Holocaust victims", saying that the...

A Holocaust memorial in Savra in Odessa, Ukraine, has been totally destroyed overnight.

Paul Kozlenko, director of the Holocaust museum in Odessa, said “villains and moral monsters continue to mock the memory of Holocaust victims”, saying that the memorial, which is in a Jewish cemetery, was “completely destroyed”.

The police are saying that this was not a deliberate act of vandalism, but are instead attributing it to “old age and natural causes”. However, it seems far from plausible that the memorial, which is pictured before its destruction below, could be destroyed so totally in such a brief period of time without it being an intentional act. Unfortunately, it appears that the police have decided that this is simply not something they wish to investigate. Given that we report on dozens of desecrations of Holocaust memorials and Jewish cemeteries, which are among the most common instances of antisemitism, it is profoundly irresponsible not to treat this as suspicious from the outset. The Seattle synagogue Temple De Hirsch Sinai was vandalized with graffiti saying “The Holocaust is fake history.” Its rabbi responded: “We’re not going to allow those who terrorize us to define us.”