Originally published at: A to-the-point explanation for why Musk bought Twitter | Boing Boing

You forgot to mention that his emotional intelligence is complete shit too. Incapable of seeing and admitting much of the drama at twitter the past few weeks was mostly his own fault.

He wanted a superapp and he could have easily bought Line for half the cost of what he got for Twitter and then spent a few billion more to try to get around/campaign for law changes for such apps in the US and EU. He could have made a profit off of it within 5 years. 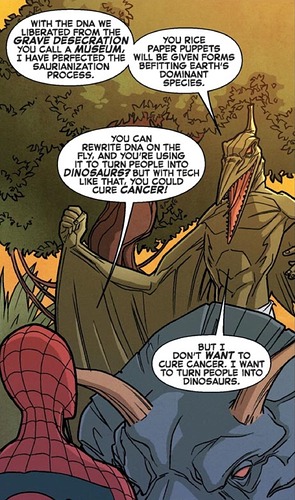 That sounds quite accurate.

I would like to add that Elon “Hardcore” Musk also managed to have a severe case of engineer’s disease without actually being an engineer.
Is there e term for that? I’m thinking some sort of inverse impostor effect or maybe a variant of the Matthew effect - but what do I know.

He could just be a fucking idiot.

As I said in the post, I think that it shows that he is in fact an engineer at heart. He just lacks the formal education and has ego issues and is unsure whether could have hacked it.

I have an even more succinct explanation: he’s a petulant and thin-skinned Libertarian man-child with too much money.

So the only real game is between him and making sure the current audience stays while and after Twitter is beaten into its new shape.

It’s a game he’ll lose. The normies aren’t going to stay if he turns it into the kind of free speech absolutist cesspool that welcomes back Jordaddy and – inevitably-- von Clownstick. He doesn’t have the staff or resources to turn it into an “everything app” in anywhere near the time required to convince them to stay despite it becoming a haven for fascists and white supremacists.

I think a lot of people have Engineer’s Syndrome. I think it’s a form of Dunning Kruger Syndrome, but for smarter people; people who are smart, but overestimate their own intelligence. Which leads me to think that’s it not necessarily a flaw in their intelligence (people who are too stupid to know how stupid they are), but something else; a flaw in perception, or self-awareness.

I have been saying recently, about someone in my sphere who personifies this; “You might, might be the smartest person in the room, but that doesn’t mean that everyone else is an idiot”.

he is in fact an engineer at heart

No, he isn’t. That’s just part of his self-image - an engineer who is such a genius that he doesn’t need any formal training, no matter in which field of engineering, it’s all basically the same anyway and he’s a genius - which he constantly projects. Re-repeating the big lie, if you will.

That’s an understatement. Steve Jobs tried to cure his cancer with an all fruit diet (which Ashton Kutcher who played him in a movie attempted it and it sent him to the hospital because the diet effed up his pancreas) and then turned down an organ transplant from Tim Cook who happened to be a perfect match for him.

I have been saying recently, about someone in my sphere who personifies this; “You might, might be the smartest person in the room, but that doesn’t mean that everyone else is an idiot”.

Also, intelligence doesn’t equate to domain knowledge. This is the core of Engineer’s Syndrome to me. Engineers assume their instincts map to all other fields because they don’t appreciate how much they don’t know about those fields.

I spent 30 years working in artificial intelligence, yet I have a radio antenna engineer friend who would constantly try to tell me I didn’t understand AI. He does the same about astronomy to his wife who has a PhD in astronomy.

And mansplaining seems to overlap with this too.

“Just because you are the only man in the room doesn’t mean the women are idiots”, to modify part of my previous comment.

100%. It’s genuinely hard to tell them apart sometimes and I actually can’t think of an instance of a female engineer exhibiting these systems right now

I can think of one. Its someone I currently work with and it may not be totally the same because about 80% of the time she’s right.

I can’t wait until Armando Iannucci makes a film about this! It will be hilarious!

No, he isn’t. That’s just part of his self-image - an engineer who is such a genius that he doesn’t need any formal training, no matter in which field of engineering,

Perhaps an elaboration would help. He is an engineer at heart, but not at brain.

The law, the human mind, group behavior, morality, all end up reimagined from first principles, ready to be there there is a bunch of stuff there no crayons dashed on the rocks of real life.

Beyond just engineers, I am continually dismayed by conservatives’ general lack of research before staking out a strong position on every subject they blunder into. They reject education. They reject expertise. They reject historical study (if they even acknowledge its existence).

Anyway, it’s nice to see this blow up in Elon’s face.

I can’t wait until Armando Iannucci makes a film about this! It will be hilarious!

I think it’s fashionable to dislike Iannucci’s comedy now but I like it and think this could be good. I’m a bit fascinated by the thought that what’s going on with Twitter isn’t quite within the comic vocabulary of the Silicon Valley show that recently ended. It was very good at capturing the web 2.0 era but I don’t think it got into the festering dark enlightenment vibes of the last few years.

I was just thinking about the off-again on-again Blackadder reboot. The obvious problem with “new blackadder” is that the older and vastly wealthier original cast would probably sympathize too closely with the “horrid little man”. I think they probably know this and are smart enough not to want blackadder to end up a tabloid anti-woke hero.

But I just had a vision of blackadder as an old has-been VC advising Hugh Laurie as Elon and I’m not sure this could fail.

He is an engineer at heart, but not at brain.

Classic Tin Man Syndrome. Or is that Scarecrow syndrome?

people who are smart, but overestimate their own intelligence.

I would refine that to say that they hold some sort of knowledge in one field, but assume that means that they are good at everything else, too.

And mansplaining seems to overlap with this too.