Musk has just demonstrated how you get the most benefit out of leaving the company. I expect he’s going to get corrected by everyone competent in the company, particularly the most skilled people who can most easily find new jobs. Also sends a message to people at SpaceX and Tesla who have other options.

That does seem to be the same interaction restyling in “He’s fired” twice. Ok, I expect both gentlemen are already fired, but you’re presenting it as separate events.

Meanwhile, in Der Twitterbunker; Musk responds to a subordinate pointing out Musk’s shortcomings.

Firing experts who know what they’re talking about is always a recipe for success. Just look at Putin’s Russia (although there the termination is often also the fatal kind).

One doesn’t really have to be an engineer to say Musk doesn’t know wtf he’s talking about.

Indeed: I’m an administrator, not really an engineer, and I know this.

Firing experts who know what they’re talking about is always a recipe for success.

Funny how the more competent people Musk fires, the worse Twitter gets. Who could have foreseen THAT?

The only good thing about all this is watching the myth of Musk’s SUPER-GENIUS getting destroyed. 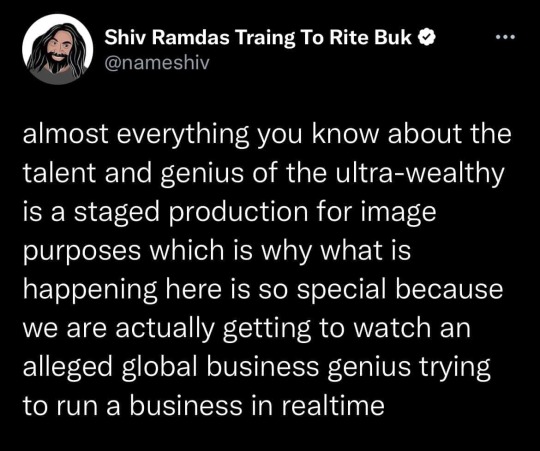 Elon has had such a huge impact on the technology world. He deserves to be memorialized.

I propose we rename the Dunning-Kruger Effect the Musk Effect.

Somebody probably has a GIF of an arch-villain pressing a button to open the trapdoor beneath an nay-saying underling. (It always seemed counterproductive to me that the villain killed off his best people when they failed because that left him with only second-stringers.) Musk seems to have the procedure down. Maybe he can install a trapdoor in his office. 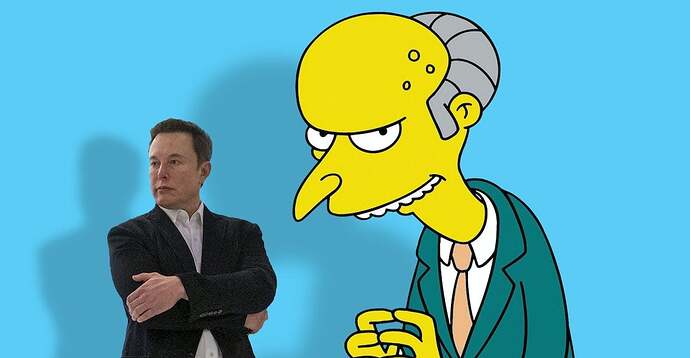 Who Said It: Elon Musk or Mr. Burns?

The Simpsons character and the guy ruining Twitter often sound a lot alike.

The only good thing about all this is watching the myth of Musk’s SUPER-GENIUS getting destroyed.

I wonder if a big fat failure in front of the whole world will do the trick or if people will insist that he is somehow secretly a genius like Trump.

“Prepare my shuttle. I shall apologize to Lord Vader personally.”