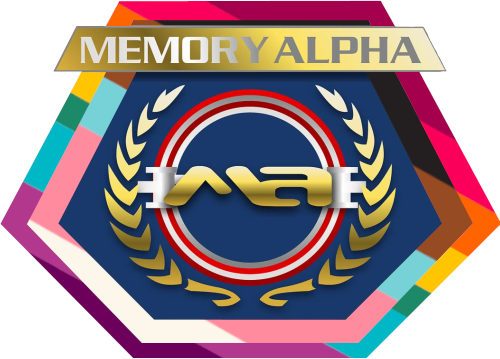 Elon Musk was a major technology industrialist on Earth in the early 21st century. In 2256, Captain Gabriel Lorca tried to motivate Paul Stamets to continue his work on the spore drive by asking if Stamets wanted to be compared to Orville and Wilbur...

That’s generous, I was under the impression that the windows and doors are all irreparably bent. Stitched? Huh.

Is there e term for that? I’m thinking some sort of inverse impostor effect

A stitch in time saves nine, but a stitch in space is something to be very careful around if you can’t survive without some of your dimensions.

OMG - a show at the center of the Venn diagram of Black Adder, Waiting for God, and The Brittas Empire might be the most British thing ever

That sounds incredibly desperate and depressing so it nails the zeitgeist here.

More interesting question for me: how do I get rid of all news and bits and stuff which have that rancid Musky smell?

Indeed. I like to dabble in other things and learn about lots of stuff. Like home repair, plumbing, electrician work, automobile repairs, electronics, and other things outside of my core competencies. I do this because my engineering brain wants to learn about new things and try new stuff. Unfortunately I’ve had times where I do a couple of new things well, and then become overconfident in my abilities. That often leads to expensive mistakes that involve calling in the real professionals to fix. (On the flip side I’ve at times had frustrating experiences where I called professionals only to find it was something I could have easily done myself.)

Same here. I tend to dabble in a lot of things, I do know my limitations at least, and try my best to make sure any experimentation only damages me if it blows up in my face.

I began a career in tech when I was 18 and I am not classically trained. Even though I have a good body of work, decades of experience, and am considered reasonably competent, I have some weaknesses I’m very self conscious about. Then again I’ve worked with plenty of classically trained engineers who may be able to whiteboard complicated algorithms from memory but can’t code for shit, so…

More or less also the same; My formal training has been an “Occupational Associates” degree from a tech school that no longer exists, a handful of industry certifications that have either expired or is not longer relevant to current tech, but the experience I have, and the troubleshooting skills I have make me competent enough. (I’m also generally the first one to say “I have no idea why X is doing Y when it’s supposed to do Z, let me [ research that | call in a support ticket to the vendor | try to replicate it in a lab or isolated area | etc. ]”

But I’m rambling now, so I’ll shut up.

PROTIP: “You are all wrong” is not actually a good way to make new friends everywhere you go

Then why’d he try to get out of buying Twitter? Why did he do all the things that are reducing its ability to function instead of just unbanning Trump? For someone saying our are all wrong, that seems pretty weak. 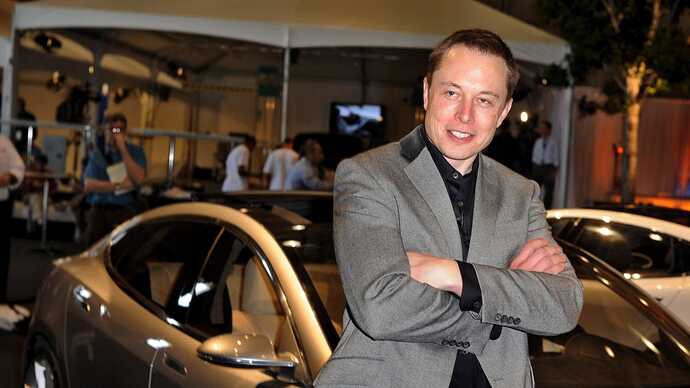 15 Automakers Elon Musk Could Have Bought Instead Of Twitter

Musk spent $44 billion on Twitter, a company that makes zero cars. Here are the 15 biggest automakers he could've bought for less than that.

and the only way that could happend is would be for him to reinstate Trump on Twitter himself.

Which is why Trump seemingly has zero interest in leaving the social media platform that was literally built for for him to go back to Twitter which even he cpupd see is failing (SAD)? Yeah, that was real smart of Elon. His genius knows no bounds.

I think the term we are all looking for is “cargo cult engineer”. A sort of engineering mindset that imitates but doesn’t really grasp engineering. As if the idea of what an engineer is comes from reading early Dilbert strips instead of actually trying to understand how to build something.

I am also reminded of how engineers are different from scientists in many definitions: the “scientist” is all about discovering, the “engineer” is about applying that which was already discovered. Few are only one or the other, the trap lies in being an “engineer” and loudly proclaiming oneself a scientist.

As for the rich, privileged white guy who ended up purchasing Twitter because he shot off his mouth, his role-playing at being an engineer is more play-acting than cargo cult, but his idea of engineering is nonetheless a cargo cult understanding not only of how a platform like Twitter works, but also a cargo cult understanding of how finance and buying companies actually work, which is what got his stumblebum ass in this predicament in the first place.

Jesus. I would argue that those are shitty engineers.

I’d agree. And I’d also argue that it’s a blind spot that engineers are particularly vulnerable to. We spent years learning how to abstract problems down to solvable components and put it back together. It was hard, and we were proud we learned it.

But if our education was good and we worked hard to absorb it, we also learned some important truths before we left school. Actual incident from my fourth year: A bunch of us hanging out in a hallway, moaning about how difficult things are right now. A popular professor wanders past, and one of us calls out “Dr ____, I’ve been here four years and I know less than when I got here!” He stops, his face lights up, and he turns to her and says “Oh, wonderful! You got the important bit! When you first got here, you were all very smart and you knew that you just needed to learn a few more things and then you’d know everything. But you listened! and you learned! and now you know that life is actually very very complicated and there will always be so so so many things you don’t know. Ah, you’ve made my day!” And he skipped away.

Some people don’t learn that at school, and need a few years of professional work before it becomes clear.

And a few others never really make the breakthrough. I’ve met a lot of them in engineering, and they’re who I assumed the term “engineer at heart” was applied to - those who share this kind of blindness our profession needs to keep at bay.

In other words, intellectual humility.

Everyone learns it sooner or later, but some people take a whole lot longer.

A variation on this is an old joke from science curricula that goes “every year is about learning that everything you learned last year was wrong”. It speaks to the moment every science student has when they realize that everything they’re being taught is a model simplified to their current understanding level. It’s not wrong, any more than Einstein made Newton wrong, it’s just incomplete in the details. However the deeper you go in a field, the more the details dominate.

This last part is what Engineers’ Syndrome misses– that the devil is in the details in every field. They think because they heard a podcast about black holes that they are qualified to argue about Hawking Radiation. They were given a simple model to explain something, but don’t understand that the model falls apart when you drill deep enough into important detail.

In other words, intellectual humility.

Thank you! Much clearer.

Everyone learns it sooner or later, but some people take a whole lot longer.

Sadly, there are some who never do.

I am starting to think that Elon Musk bought Twitter for the sole and singular purpose of posting that disgusting “Lead us not into temptation…” picture, which I will not repost here.

I have no idea what you’re talking about, and I’m going to keep it that way.