Not highlighted were the cut little feet embossed into the bottom of that aluminum case.
One thing that I find interesting that probably seems so familiar to him that he no longer really sees them are the old octagonal cases that they used to use to ship films before theaters went digital. They were reused again and again, so they developed a great patina of use.

I have an odd storage case I found in the trash. Its a light blue metal box. It is small, like maybe 8x4x5 ish. It has a beefy handle, like way too big unless this thing was filled with lead. It has a clasp you can put a lock on. Inside is a metal plate that moves so you can put something in it and move it to make it snug - sort of like an old card catalog or a file box/cabinet. And originally it had some foam on all the sides, but it was disintegrating and I used Goo Gone to get it an all the adhesive off. And finally it has little bumps at the bottom and indents at the top so you could stack it.

Clearly it was made for something, but no idea what.

I’m on the board of a small, single-screen theatre and when it transferred from the family that owned it to the community collective (!!!), it was still operating on reels. There is all manner of cool old stuff like splicing tables, reel winders and tons of empty reel canisters. One of the cooler things is a small cabinet that sat under the splicing table that could hold a bank of reels. The projectionist had to splice all of the trailers and shorts onto the first reel and that’s where he would stage them for showtime. I can’t find a picture atm, but I’ll post it if I do.

Also, those cases were freaking heavy! The projectionist was in his 70s when we took over and it was amazing that he could lug them up and down the stairs every night. Of course, we immediately took that job off his hands and he remained our projectionist until his passing two years ago (RIP Uncle Tony!).

This one used to hold fragmentation grenades: 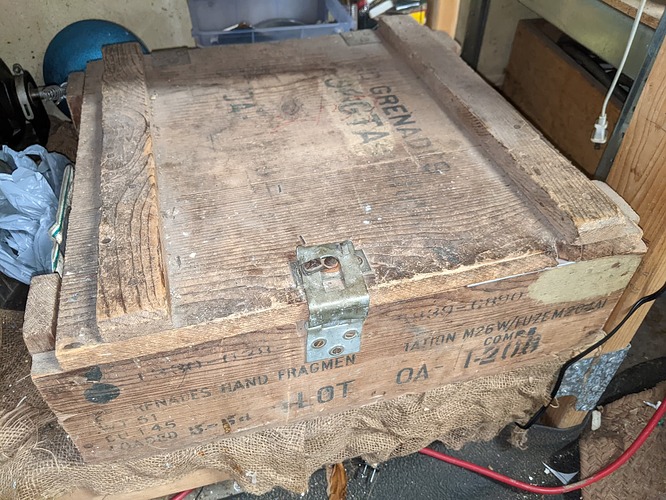 Back from the days when tool carriers were made of metal: 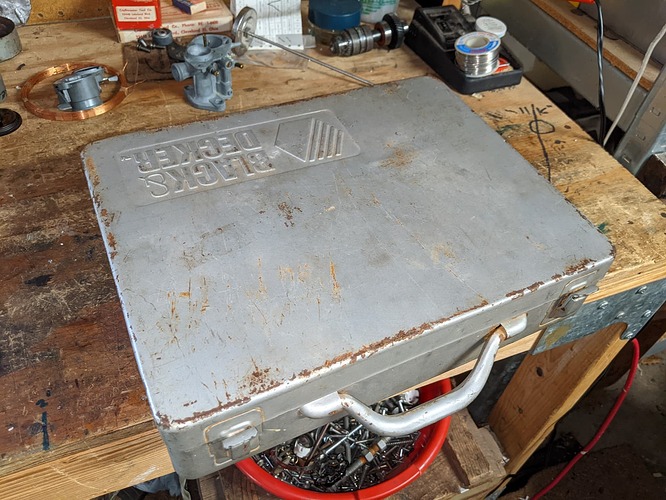 Of course, ammo boxes are available in any surplus store. I’ve somehow acquired at least five of them. 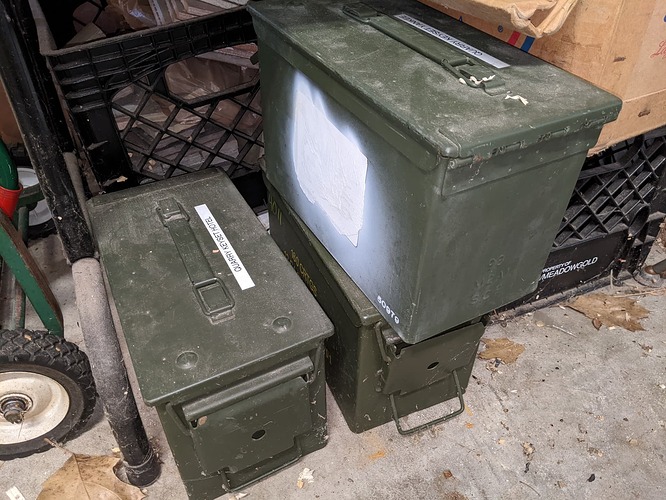 Then there’s this odd job, looks like it was made for shipping with places for address cards. 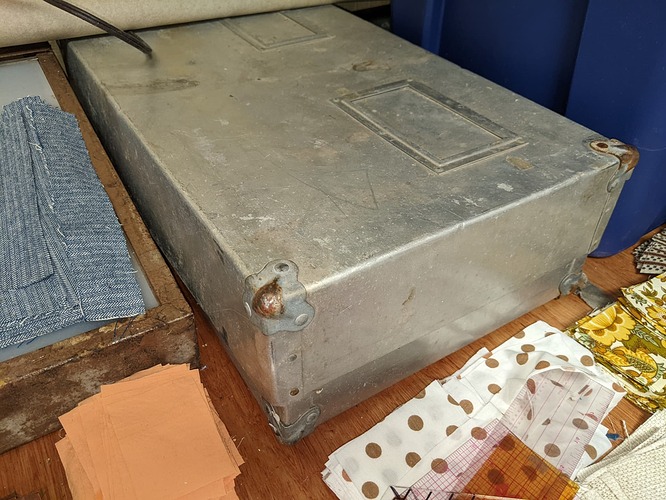 Anyone else have an interesting case or box?

I will just point out that archival storage boxes are usually made from (non corrugated) lignin-free cardboard and put together with little metal edge clamps instead of glue.
eg.Wax Cylinder Storage Boxes

I have lots of ammo boxes. I found one guy selling old surplus ones that were in great shape, and got an oldest one, 1968, and my birth year, 1975.

The boxes for belted SAW ammo are really big and hold a lot. They are great for storing all kinds of stuff and stack nicely.

My friend gave me a 40mm belted grenade ammo box painted grey, and I eventually want to make a stencil or cut out vinyl to make it look like an Imperial box for candy or some such prop.

And that metal box at the bottom, I swear I have seen something like that before. Is it lockable? If so it might be a transit safe.

I fully expected to see old tool and medical device cases. Those beautiful, well made wooden crates that have such awkward appendages inside (because they are made to hold one specific item snugly). 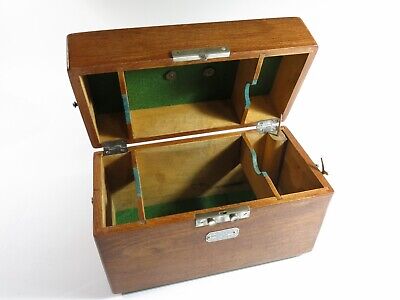 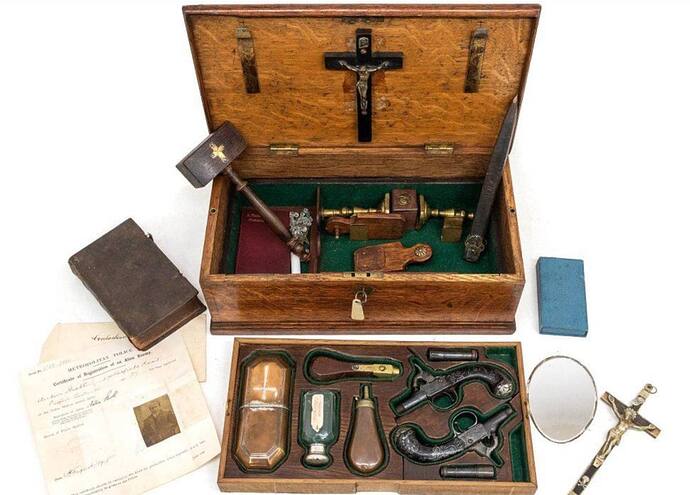 This elegant kit for killing vampires sold at auction for $15,000 | Boing Boing

This stately case of tools with which to kill vampires sold at auction for $15,000. The 19th century item apparently belonged to British nobleman Lord Hailey. Its prior owner may explain why this p…