After dropping 21% in five days, Investor's Business Daily is ecstatic about Telsa's 1% "rally"

For a news outlet devoted to capitalism, that’s some Soviet-style reportage.

I was fooled into thinking it would be a group of outlaw bikers on electric choppers.

Someone somewhere probably made a fortune on that 1%. You know, after losing a much bigger fortune before that.

I remember reading about some big institutional investor’s contemptuous description of retail dabblers as ‘noise traders’. This sort of article seems like it’s either written for such people(possibly a sensible move; small time idiots who should really just stick to mutual funds are probably avid and undiscerning consumers of stuff purporting to be market insight; and it’s not like they can afford the good stuff so you don’t have to waste too much money on quality); or churned out by reporters who have been ground down into a similar frame of mind by the relentless pressure of the content mills.

It will prob go up another 1% today

And then back down…

"Tesla stock rallied after Chief Executive Elon Musk said he would not sell any more Tesla shares for at least 18 to 24 months,

And in April he said he wasn’t going to sell more for Twitter. What’s it up to, 3 times since then? Why are people believing him here?

And Elon probably prefers the 69% loss for some strange reason.

They need a counterparty for their shorts… maybe their readers will do it for them.

I remember reading about some big institutional investor’s contemptuous description of retail dabblers as ‘noise traders’.

Unless the person doing it is already so wealthy that they can weather the losses without their lifestyle being impacted, day trading is a mug’s game. Except for publications like this giving them a feeling of being financiers, they have a lot in common with diaper-wearing slots addicts at a casino.

Seems nobody believes his BS promise, Tesla dropping like a lead sinker this AM.

Seems nobody believes his BS promise,

I won’t sell stock until I don’t know probably two years from now.

even really be considered to be a “promise?” He threw both an “I don’t know” and a “probably” in there which seems to provide a lot of wiggle room.

I was fooled into thinking it would be a group of outlaw bikers on electric choppers. 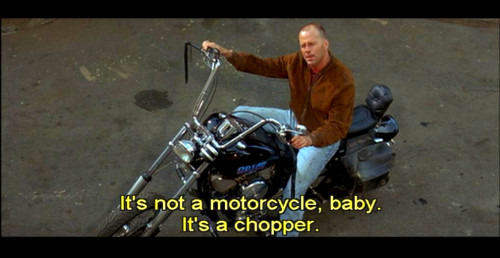 “Tesla stock rallied after Chief Executive Elon Musk said he would not sell any more Tesla shares for at least 18 to 24 months,” it enthused

He said a lot of things in that conference call, including a claim that Tesla is ten times harder for him to run than Twitter.

If any investors found something encouraging in his conference call yesterday it’s only because they were looking really, really hard for some scrap of hope to hang their delusional devotion on.

He said a lot of things in that conference call, including a claim that Tesla is ten times harder for him to run than Twitter

He might not be wrong. For one thing, I’ll bet a lot more people have figured out how to tell him no at Tesla. 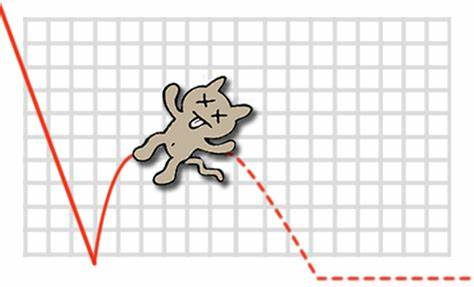 In finance, a dead cat bounce is a small, brief recovery in the price of a declining stock. Derived from the idea that "even a dead cat will bounce if it falls from a great height", the phrase, which originated on Wall Street, is also popularly applied to any case where a subject experiences a brief resurgence during or following a severe decline. This may also be known as a "sucker rally". The earliest citation of the phrase in the news media dates to December 1985 when the Singaporean and Mal...

Musk has no credibility when it comes to claims he won’t sell stock. He’s reneged on that promise multiple times. The SEC should come down hard on his ass. Anyone who makes an investment decision based on anything Musk says is a fool.

They must own a bunch of Tesla stock. Or Elon let them use the corporate jet.