If you want a stylish lamp that turns on in a cool way, that you can carry around in your backpack and disguises itself as a book when not in use

Wait. Who actually falls into that category?

Michael, you needed to know that it’s not the links that give away your shill posts, it’s the ridiculously effusive praise for what is really just overpriced nonsense.

Inspiring? Really? I feel like we are being ultra trolled here. Is this some sort of performance art thing?

I love that stuff. So much better than the old “cake mod” posts, a nadir in BB posting history.

I never knew you were a numerologist!

I don’t know if the Lumio was the one that was Kickstarted or not. I think it was, i was seriously tempted to buy it back in the day and the product looks great. However i don’t think i would’ve ended up using it, lighting is hardly ever an issue for me and i wonder how handy this would actually be. But if someone wants to buy one for me i don’t think i’d be disappointed.

I feel like there was a recent thread where owners discussed their actual thoughts of the product after a year or so… OH, HERE IT IS.

Let me know what you think of its stylish cool way when the spine goes on you, but in the end I prefer a lamp that I don’t have to find a place to hang just so I can read my book.

All hail Lumio (the lamp, not the phone)

What the heck is a Lumio phone? You thinking Lumia?

If you want a stylish lamp that turns on in a cool way, that you can carry around in your backpack and disguises itself as a book when not in use, WHAT THE FUCK IS WRONG WITH YOU, SERIOUSLY?

Edit: I suppose I could just take this as another cute/weird thing and ignore the long review. Maybe I need more coffee this morning.

also, from the photos it doesn’t even look bright…

One important piece of information: e.g. how bright is the light given off by the lumio, how many lumens / candelas / is-it-equivalent-to-a-40W-lightbulb … this is missing from the description. !?!

It has to be sarcasm. I read the post again, and there’s no way he thinks he’s helping sell the product. But next time I’m looking for a lamp that looks like a book to carry around with me, I’ll bear this thing in mind. Which will be never.

I’d say it’s around a 40 watt incandescent with a shade around it. There’s no direct light so it’s more ambient than useful.

It’s an interesting conversation piece or art piece, but I’ve never considered it useful to read by.

And the article that this thread links to appears to have up and disappeared since it was posted yesterday.

This post was finally over-the-top enough that I decided it was worth knowing who Boing Boing’s new writer was:

Are all the Michael Borys posts undisclosed ads from 42 Enterntainment?

Sure, it’s been obvious that the tone of every @Michael_Borys post sounds like an over-the-top marketing pitch, but neither he nor anyone else at Boing Boing has admitted as much. Michael Borys is clearly Michael Borys of 42 Entertainment. His bio there matches that in a post he gave about himself. This is what 42 Entertainment says about itself: We’re shifting the line between marketing and entertainment. As audiences become increasingly adept at filtering out traditional ads, they’ve also…

(The “Show Full Post” button no longer works thanks to that, nor does the link, and a Google search was pointing me to the original, missing page as well.)

I prefer my products to contain more traditional features so we caN
Clearly tell the objects social and industrial history, as opposed tO
Potential uses, modern techniques, or design fripperY.

It’s why we’ve got plinths and capitals* on our columns – becausE
Without these non-functional thingummybobs, we’d never know thaT,
Once-upon-a-time when columns were made of wood, they were A
Requirement (that has since been made obsoltE).

* Ditto for writing lines of letters, which looked like sidewayS
Columns, including the capitals, when properly placed at the beginninG
And ends of the lineS. 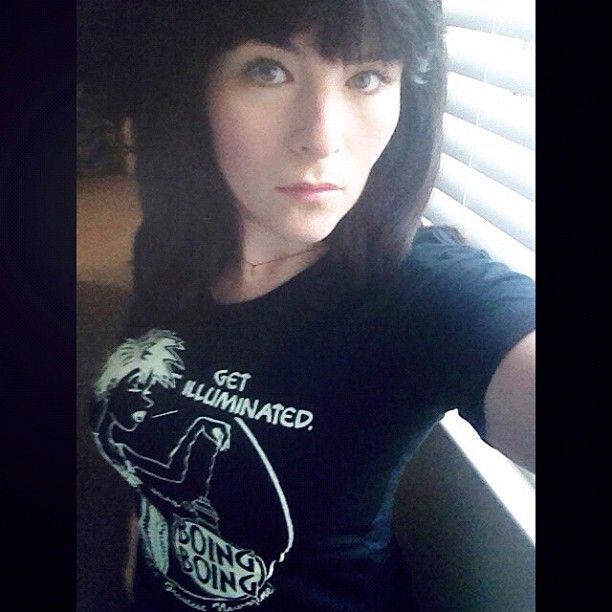 Be kind, and leave a link behind.