Is there any particular reason to associate ‘enraged anime avatars’ with the alt-right?

As someone rather partial to anime myself, yet about as opposite politically as you can get from the alt-right, i do find that rather insulting…

How anime avatars became a warning

How anime avatars became a warning

Jokes on her, half of the “people” arguing were bots as well.

By 2025 human interaction will be banned. Human commenters will be hunted down and removed from the service.

this is my favorite interaction

someone repeatedly attempts to sexually harass the bot thinking it’s human, this is how it replies: pic.twitter.com/2xqXVRTJPZ

That was every kind of wonderful under the sun.

Can possibly work that into a song. Will let you know how it works out.

Regardless of what it is (or was), they got you to read it.

This isn’t new, by the way. Back in Usenet days, people used to set up AI programs to troll discussion groups with artificially generated messages. One, I recall, argued that the Earth was flat. Others were deliberately set to provoke Randians, libertarians, or certain kinds of proggies who could be counted on to get violently excited and feed the trollage. Much frothing would ensue until the targets finally realized they were being taken for a ride. That usually took a few weeks. A few months later, a new one would pop up, and the game would start all over again. Twitter is going to be especially tempting to trollist bot-makers, because the messages have to be short and most of the audience is accordingly dumb.

Bot or not, arguing politics and such, can be a huge time waster on the internet. Even the pros can’t get anywhere, just check out the debates and congress for proof.

That’s because Congress isn’t about debate, it’s about monied interests.

I would call it a win either way.

I’m disappointed the truth of the bot has been revealed, seems like that’s the ideal way to either get it banned/blocked, as well as inspire some alt-right douche to steal the idea.

What is an “infowars egg”?

@arguetron currently ensnared with @concedebot, how long will this go on until they transmutate their own personalities?

An egg is a twitter user who has not set up their avatar, they are often new accounts dedicated to less than lofty communications. Infowars is the website of Alex Jones, an unhinged conspiracy theorist.

Or, a screaming conspiracy troll on the reactionary end of the political spectrum.

Someone else probably has a better explanation of it, but this my (narrow) view.

An Egg (unverified anonymous Twitter troll) who came from Infowars.

I never took you for an optimist before

That was every kind of wonderful under the sun. 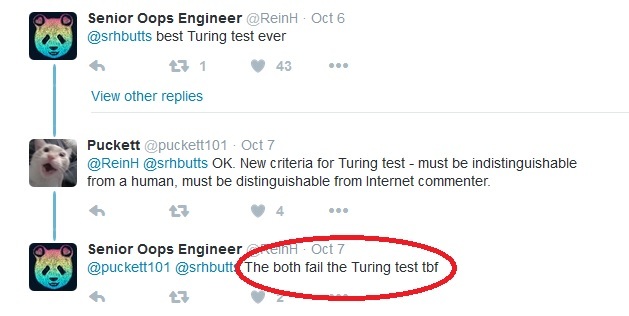 inspire some alt-right douche to steal the idea

But who would know the difference? 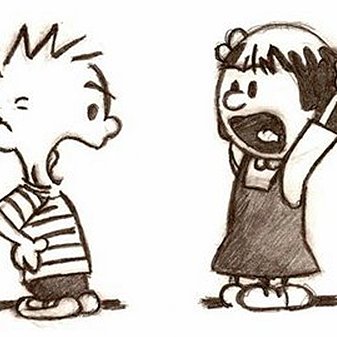 @concedebot just because you disagree with me I'm suddenly a bot?
9 Likes
next page →