I love Alton Brown. I wish Good Eats was still running but I understand why he ended it. I once wrote, “There are no unitaskers in my kitchen.” on an OKCupid profile and I was really disappointed that no one picked up on that even a little bit.

I would love the rollie if it reliably did its cycle in five or even ten minutes. But since it’s a piece of crap…

I probably will stick with the miniature egg pan that’s easier to wash, and is small enough that it heats up practically instantly. Smaller pan, more efficient.

The only dumb kitchen gadget I have is Kitchen Saber™.

Those crapgadgets look like great potential sabotages for an episode of Cutthroat Kitchen.

Alton said that the breakfast sandwich thingee was a CK sabotage. I’m not sure if that’s true, but if it’s not, it should be.

You mean like that sandwich press, that he actually said WAS a sabotage from cutthroat kitchen?

Oh yes, I remember that now. If I recall someone had to use it as their sole cooking vessel (and from what I remember they did a pretty good job). I don’t remember the specific challenge though.

I have the wolf claws. They were a gift. If you’re pulling 1 or 2 pork shoulders, they are great.

Much less finger cramps than a couple forks.

One of the only unitasking devices I own, but I use them a couple times a month, and they don’t take up very much space in my drawer full of non-stick skewers, extra grill tools and bamboo utensils.

Here’s a good one. Smart, even. 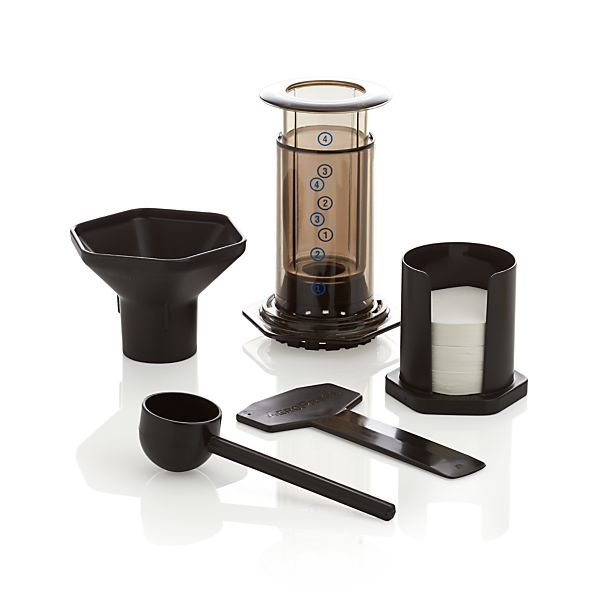 My turkey lifters only get used once or twice a year, but when I need them, I’m really glad I’ve got them.

The claws get a pass IMO, as they actually work, are cheap, don’t take up a lot of room, and won’t break. I’d still love to see them on CK as the only cutting tool though. The sandwich maker has definitely been on there, and something similar to the egg cooker was too.

I have one of those. They rock. I love it. Heard about it here on bb. They should sell them at the bb store instead of all the useless crap they’re foisting.

The AeroPress is a device for brewing coffee. It was invented in 2005 by Aerobie president Alan Adler. Coffee is steeped for 10–50 seconds (depending on grind and preferred strength) and then forced through a filter by pressing the plunger through the tube. The filters used are either the AeroPress paper filters or disc shaped thin metal filters. The maker describes the result as an espresso strength concentration of coffee, but its most frequent use is more in the filter brew strength.[ The devi...

Alrighty, thanks. Heard about, read about it, couldn’t identify it when disassembled into is constituent parts

That, my friend, is a very sensual demonstration. And I thank you for it.