If you people are going to freak out every time some unarmed black teenager gets shot by the police, to find the time to riot you’re going to have to quit the jobs you don’t have.

If anything, this project collating all the shootings in to one place will just make the argument from us Moral Americans in the Silent Majority who are for Law and Order by being Tough on Crime even stronger than it is now. One unarmed black teenager is a “thug”, and a group of unarmed black teenagers is a “gang”, and the fact that they’ve already been involved in multiple shootings proves they’ve been up to no good.

Pushback from police unions and “law and order” types in

With the release of the DOJ Baltimore report they have nothing to say. They’ll say it anyways.

Why do you want all police to die? Why? Do you love crime that much, you and your liberal buddies?

I’ll say what everyone else is thinking:

If I did not know you I would think it is very scary what you just sead.
Wait, it’s still scary, sounds like a really good mixed mimic of what some people are just saying.

Your sarcasm pegs my Poe-Meter, to the point of bending the needle…

You’ve got to tell me where you got yours. Mine just stopped working.

I’ve been building my own, with all of the latest upgrades and refinements–a secondary dial to measure how many times the main dial’s needle has spun, anti-explosive-instrumentation breakers, and a few other experimental features, such as a horseshoe selector for whichever end of the political axes you’re examining. However, due to the new features, it’s for large-handed people only.

I am curious if the FBI numbers INCLUDE police related deaths. I am guessing no. Though we really need some group to collect and analyze these deaths. How many were clearly justified, not justified, and grey area.

Parody to the point of ludicrous accuracy; thou art a master.

I give you four Bob Dobbs. 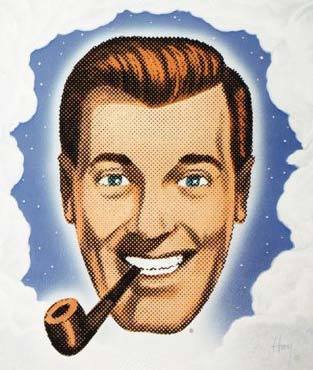 No, they were not…which is completely the frightening point.
To this point, any reporting on fatalities by LEO has been on a voluntary basis by department. Expect that stated “2,100” figure to be subject to drastic revision.

Hopefully though, the data can be used to counteract the wild hysteria and surrender of civil liberties that happen whenever we start hearing about the “War on Police”.

The fact that this needed doing in 2016 dilutes the happy a bit.

Still, I’ll take all the progress we can get

The last thing we need here is accurate information!

before the unarmed black teenagers had a chance to acquire and shoot theirs.