Apparently, there is little to no collected data on police actions that result in a death on a national level, so a journalist is trying to fix that and has decided to crowd source it. Here is his post on Gawker about it:

A few days ago, Deadspin’s Kyle Wagner began to compile a list of all police-involved shootings in the U.S. He’s not the only one to undertake such a project: D. Brian Burghart, editor of the Reno News & Review, has been attempting a crowdsourced...

And here are the pages where you can help sort through date and add it to the pool of information:

A step toward creating an impartial, comprehensive and searchable national database of people killed during interactions with police.

Seems like a great, practical way to help figure this issue out and move towards a solution.

One thing there is data on is the number of cops killed. There’s a memorial site for Canadian cops that lists every known cop who died on duty.

If I’ve added them up correctly, that’s 844 cop deaths in Canada total. And most of those seem to be traffic accidents and such. Prince Edward Island has had a total of 1 cop die in their entire history as a province.

I’d imagine that’s true for the US, as well.

But, despite the wide variety of crime statistics readily available, there is not such thing for those killed by law enforcement and if you buy this guys narrative, it’s intentional.

didja see the one @crenquis posted the other day? maddening.

Prince Edward Island has had a total of 1 cop die in their entire history as a province.

They found a very special spring to drink from.

Tuck Everlasting is an American children's novel written by Natalie Babbitt and published by Farrar, Straus and Giroux in 1975. It explores the concept of immortality, which might not be as desirable as it may appear to be. It has sold over 5 million copies and has been called a classic of modern children's literature. The book is also sold with the reading connections included. Tuck Everlasting has been adapted into two feature films, released in 1981 and 2002, and three times into unabridged au...

They only count death on duty. It turns out there’s a database for police deaths in the US too.

Line of Duty Deaths by State

Browse by state to view law enforcement officers killed in the line of duty nationwide.

Considering the population difference and about an extra century of history, that’s not too far out of proportion with the Canadian numbers. The closest state culturally to PEI is probably Vermont. They’ve only had 22 officers die in their history.

Here is another person who has noted how sparse the data is regarding the number of people killed by cops each year. 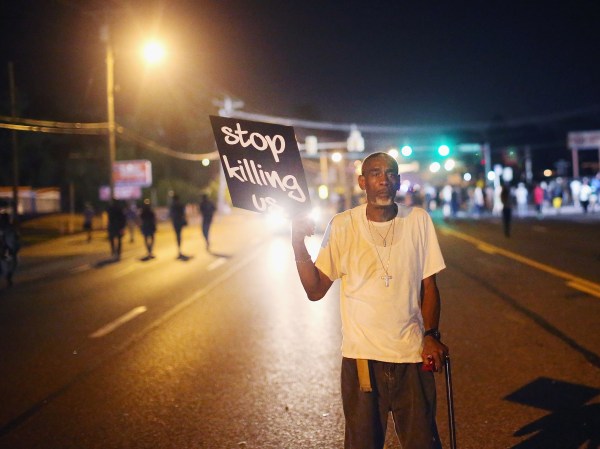 Nobody Knows How Many Americans The Police Kill Each Year

Earlier this month, a police officer shot and killed an unarmed black teenager, Michael Brown, in Ferguson, Missouri. The shooting and the response have reignit…

Apparently they’re good about avoiding jinxes. They closer they get to retirement, the less they talk about it. They certainly never say anything so tempting as “I’m too old for this shit!” When they feel like they are too old for the job, they submit a form, an office administrator puts in an order for cake and some paper plates, and there they go.

Federal Law Requiring Annual Report on Excessive Force by Police has been...

In 1994, Congress passed the Violent Crime Control and Law Enforcement Act. Among its provisions was the order that “the Attorney General shall, through appropriate means, acquire data about the use of excessive force by law enforcement officers.”...

There is a Facebook page where people track police killings:
Killed By Police | Facebook (viewable without logging into Facebook)
Up to 1536 as of 18 Sep.
This article implies that there is a Wikipedia entry that tracks killings:
US police kill 104 people in August - World Socialist Web Site

In August, US police killed 104 people nationwide, according to a compendium of local press reports compiled by volunteers on Wikipedia.

Thanks for posting these links. It’s heartening to see that this sort of thing is being crowdsourced, but I think the key it carrying all of this over into some sort of action.

More than just the killings, though, we need a centralized, searchable database on every act of violence performed by police, regardless of whether or not it was justified.

Every time an officer goes “hands on” with a subject, it makes the next act of violence just a little bit easier.

Agreed - plus the more we can document it, the more it can be shown it’s a problem we need to address on a societal level.

Wayne County Circuit Court Judge Cynthia Gray Hathaway tossed out a felony manslaughter charge on Friday against a police officer who shot a 7-year-old girl during a raid in 2010.

Not a death, but also this infuriating thing:

Ga. Cops Who Blew Off Toddler's Face With Grenade Won't Be Charged

Late Monday afternoon, a Habersham County, Ga. grand jury announced that no charges will be filed against the Georgia law enforcement officers who threw a stun grenade into a crib, severely disfiguring a nineteen-month-old boy's face, during a...

I was wondering about that one as I read about Aiyana…
The family should go after the judge who issued the warrant based on the flimsy statement of a shifty informant.

I think we should take the tiny bit of data that’s available and use it to make claims about police brutality that are as high as can be stated. Which with any too-small pool of statistics there’s a good bit of latitude. Then any response from the law and order fascists who try to undermine the credibility of the stats can be lured into a discussion that includes non-crazy people with, “Well, let’s figure out what the numbers really are.” Unfortunately that might take a few years, but any important improvement in society always takes a few years.

The same technique can be used in every other public issue where one side is hiding the data to keep the issue from being addressed. See, the techniques of trolling can offer something to SJWs. Yay trolling.

Well, no. Any attempt to use the current stats this way should be openly discussed in terms of "the data are so small that we could say all kinds of things about them. So let’s go there until reporting gets better.

At least this was what ran through my mind when I saw this headline on my RSS feed a few days ago:Young Black Men Are 21 Times More Likely To Be Killed By Police. Just now I read the article and they list some fairly shocking conclusions from a pool of 1217 killings. Young black men are at risk at the rate of 31.17 per million while young white men are at risk at the rate of only 1.47 per million. So there is data out there for credible analysis and that analysis is still pretty soul-crushing. But folks already kind of know that.

I wish I had seen this too… Maybe next year it will get more press.

There is also this category of deaths…
After inmate deaths, Department of Justice to probe Florida prison system | The Miami Herald

With 320 inmate deaths tallied as of Dec. 8, Florida’s prison system is on track to have the deadliest year in its history. This rise in prison deaths coincides with an aging of the prison population, but also with a doubling of incidents involving the use of force by officers over the past five years.