Tried to think of something funny to say about that rather bold pattern, but decided it’s awesome. Tried to think of something witty to say about how her attire might not be appropriate because of the weather at her destination, but when it’s 90 degrees in Anchorage, that’s pretty much impossible. So I’m just going to say this is pretty atrocious behavior on the part of American Airlines. Their job is to fly the plane, not to be arbiters of fashion or what’s appropriate for a persons body type.

Well no wonder : the pattern interfered with the facial recognition software. Can’t have that

Looks like they are trying to compete with Delta.

if they think that is too revealing then clearly none of them have a teenage daughter.

We’ll see what they say when I, a 44 year old white guy, wear the same outfit on an American flight.

I am an overweight person and I think there’s a concomitant prejudice going on here. This incident just sucks on so many levels. Shame on you, American Airlines!

I’d like to visit USA sooner or later, but seems that all US airlines are crappier than the European ones. Either I visit New York and New Jersey or I use Amtrak.

I know the post mentions she is a doctor to further show that American Airlines was messing with the wrong person… but that shouldn’t matter. If she worked the checkout at Wal Mart it wouldn’t get a mention, and it’s possible this article wouldn’t get the attention it is getting. That would be a shame. Nobody deserves to be treated like this. 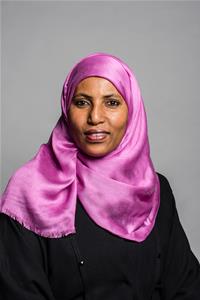 But I suppose they will have some proble with less revealing dresses, I have this suspicion.

I’ve seen a lot “worse” on flights to Vegas

Actually, if you could fly into Boston and then hit Boston, NYC, Philadelphia, and DC that would make for a fun vacation. DC has lots of free museums etc (free to all, not just US citizens, still bitter the Louvre attendant laughed when I said the sign says students don’t pay.

Boston has a lot of flights to Dublin IIRC, and Amsterdam has flights to both (and the Dutch really know how to run an airport IMHO, I try to fly through there when possible)

But I wouldn’t plan to “see USA” in the way one “Sees England” or “Sees germany” you’ll be disappointed.

That bothers me too. It’s almost inherently racist to feel the need to say that a black woman is a doctor to justify that she can dress any way she likes.

She is dressed like just about every person outside right now. It’s Summer. Deal with it 'murican Airlines.

How difficult is it not to engage in microaggressions (though this fall s more in the macro category)?

I tend to be overly modest when it comes to these things and I’m scratching my head how the dress is inappropriate. It’s not even a short skirt, it’s got shorts. The only interesting variable in this equation is her race and I can only assume it doesn’t have anything to do with what she’s wearing.

I want to live in a world where “I’m sorry, but we find your body too ugly and shameful to allow you to go about your business freely” is seen as an abnormal and inappropriate thing to say. But no, I get the world with the literal fashion police in it.

They’ll need to add a few flying fists to get on the level of United though.

To be honest, as a fashion choice I find this dress lacking in taste, but I’m not really seeing how it crosses the “inappropriate” boundary.