I would argue that it breaks down barriers to creativity, rather than makes you more creative, but take that with a grain of salt.

Big numbers like these aren’t all cause for celebration. Money like that attracts powerfully venal people. We don’t want to end up with a corrupting oligopoly like Big Tobacco.

For me cannabis is all about creativity (think of real life Sir Paul McCartney).


Paul McCartney not on drugs

An even better synergy might get them inside the dispensaries.

Quite. Something that isn’t there won’t magically materialize out of nowhere. Expanding your mind will unlock stuff you were not aware of. Whether you do that by drugs (and YMMV what does or doesn’t count as a drug) or by other means is up to you.

I have found a hole in your argument. Those both suck.

I can’t remember which episode of Product the joke was was from, I think it was the one where someone with MS smokes a “joint” in a meeting with Jack Straw (then Home Secretary). Afterwards it turned out to not be cannabis but Jack Straw had left the room and told the police to go in and arrest him.

Girl Scout Cookies would sell better if they were sold outside dispensaries.

You didn’t hear about the one enterprising Girl Scout in the SF Bay area who did exactly that? There was an article about sometime in the last year or two, I think.

I see someone else already mentioned it.

You are SO close. One lady at work (of a certain age) once told us as she was leaving for the day, “Back to my wine and popcorn.”

Beer and Weed make the world go round in San Diego. Fact…

‘Drowns’ out the strong mildewy odors in some of the motels there. I know (about the odors, that is.)

$4.5B doesnt include all the munchies purchased?

Sadly, with legalization looming in my home state, it turns out that cannabis doesn’t help my migraines. Would have been a hell of a lot cheaper than these $500 self-injectors they want me to use (because 75 cent opiate pills aren’t allowed any more).

I appologize. I found a hole in his argument.

The US has a lot of taxes on alcohol. Federal taxes, state, often local, sales tax, etc. (Though of course tequila’s hardly the only alcohol we drink here.)

The munchie thing is very real for me - I have to time my toking carefully. If I’m stoned and cooking (a) it’ll take ages; and (b) I’ll be sampling a lot on the way through and others may go hungry. It’s not a hunger or greed thing either; it’s how amazing and sensual the flavours become.

And as to creativity, I couldn’t agree more. My writing improves - I make connections I wouldn’t normally and see parallels I don’t normally see.

I think my cooking is way better as well, but I’m not really in a position to judge (see earlier point). 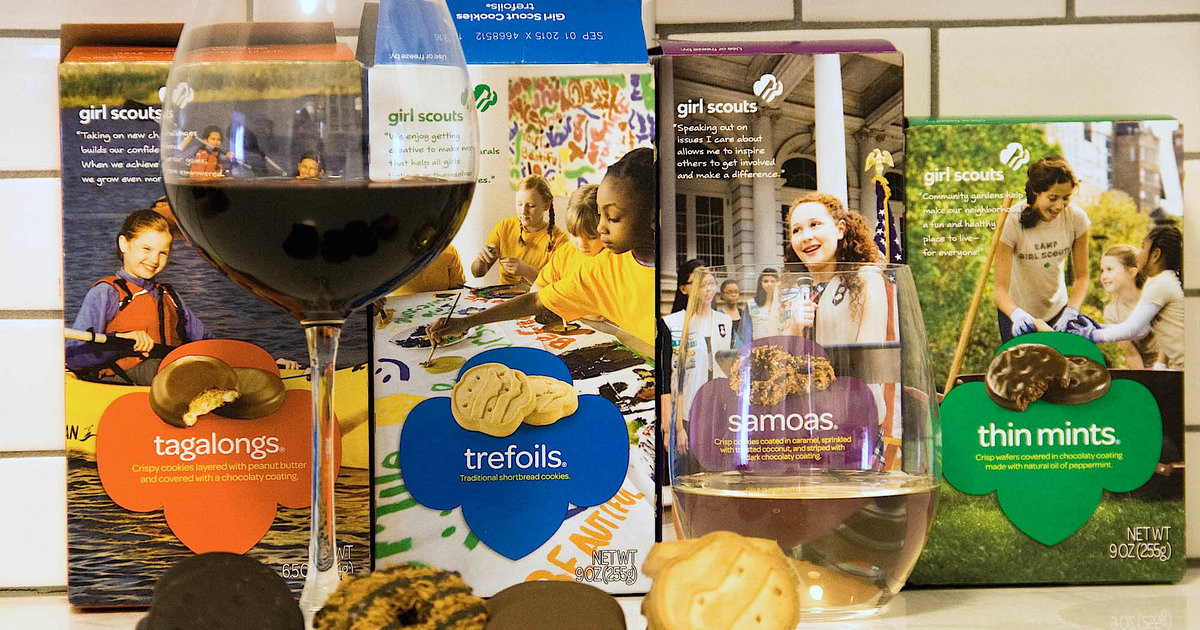 Wash those Thin Mints down with a nice glass of Pinot Noir.

I hate to be a bummer, but I don’t feel like all is going well at the moment.