Originally published at: An empty pickup truck just sits on a highway — until a semi comes along and obliterates it (video) | Boing Boing

I mean… yeah, that’s a bad place to park a pickup. But – and CDL folks feel free to jump in here and tell me that I’m off base – it sure seems like that semi had plenty of time to notice and avoid the pickup, or take some kind of emergency action. I don’t even see an appreciable change in speed on the part of the semi. (At least, not until the collision happens.)

That’s an extreme case of SMIDSY, but somehow I don’t think bicyclists or motorcyclists would be in the least surprised. 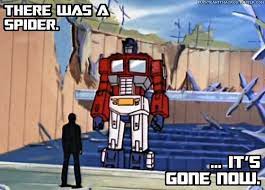 I don’t even see an appreciable change in speed on the part of the semi.

That’s an extreme case of SMIDSY

There’s at least 10 white lines between the trucks at the beginning of the video, which is ~400 feet of highway. Surely a commercial driver wouldn’t SMIDSY the vehicles they are trained to be on the lookout for in every single driving circumstance that badly, unless there was some other factor at play. The driver seems to be driving pretty much dead straight, so I don’t think they were distracted by their phone or anything. I just have no clue.

Did they leave a note on the windshield?

The driver seems to be driving pretty much dead straight, so I don’t think they were distracted by their phone or anything.

Could have been watching a movie or something in the cab / dash. There are a lot of truckers who do extremely distracting things because they assume that they’ve been doing this so long and drive 80 hours a week or whatever and are professionals. Whatever it was, it had him fully distracted, which leads me to believe he was doing something that had his eyes off the road.

Wow, one of the few times were a car (truck) actually bursts into flames after an accident.

Could have been watching a movie or something in the cab / dash.

Is that what they are calling it these days?

Hahahaha no I mean quite literally watching a movie.

They make mounts that can do everything from phones to tablets to small form factor flat panel TVs in semi dash boards.

Michael Bay could not be reached for comment. His whereabouts at the time are unknown.

I was going to say there must be some video of the pickup driver abandoning the vehicle from this vantage, but then I wonder why the camera is zooming and panning to follow the action, and think that maybe this was filmed by the driver of the pickup from a nearby overpass. It’s a good thing the driver of the second semi was paying attention, if it kept going things could have gotten a lot messier!

That’s the first thing I remarked on. I almost wonder if there was more combustible material involved than just the usual fuel in the tank.

My immediate second thought after the first.

Used to see truckers reading the Miami Herald on I-75 during my morning commute.

It occurs to me that nobody on the scene at the time would have known that the flaming pickup truck wreckage was empty.