Obamacare allows my son to remain on his mother’s insurance a few more years, which is good because he is epileptic.

I think your son must be a paid epileptic.

This is fantastic, American democracy at its best. I just hope that the Dems will see this opportunity for what it is (I know, I know…).

I hope so, too. But Citizen’s United and all that…

Man, at this rate George Soros is going to go broke! 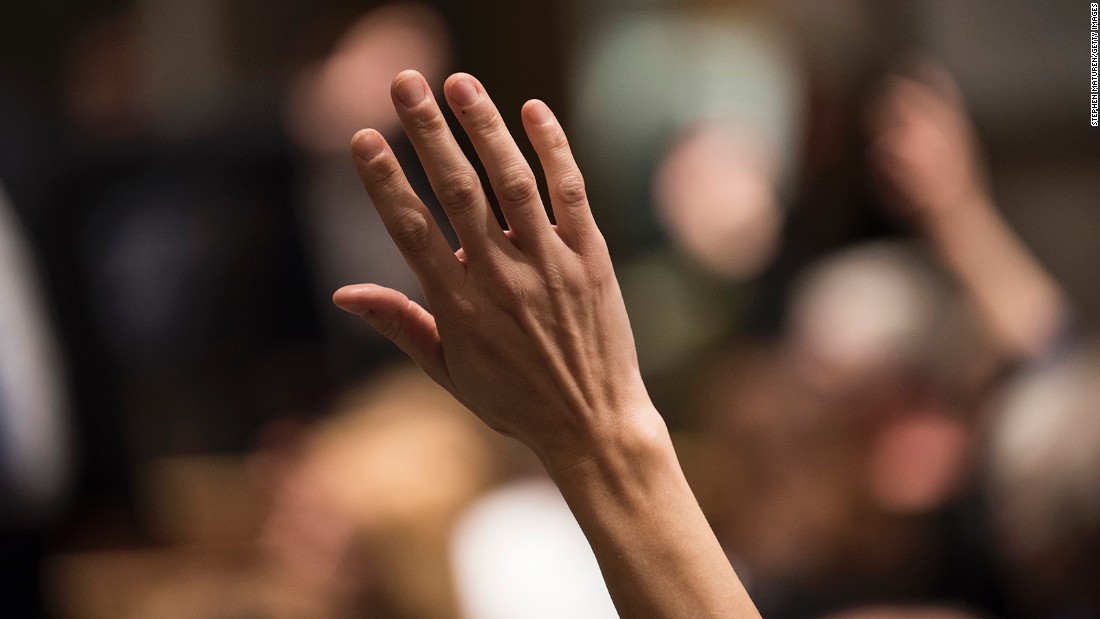 Inside the most memorable GOP town hall moments

Across the country, people are flooding auditoriums, high school theaters and anywhere else they can to give their members of Congress an earful. Analysis | President Trump is losing his war with the media

It seems Americans think Trump spews more “fake news” than the media does.

The spin from Rush I heard was that they’re actors,

Well, at least someone is creating jobs.

You know it’s serious when the Drama Llama shows up.

A little too late. Thinking critically … or thinking at all … is needed before an election.

My Rep. Barbara Comstock (R-VA) has not shown up for a town hall since the inauguration of the illegitimate one. I’d LOVE to be at her next town hall!

It looks like Tom Cotton had a really really tough Town hall.

What to do if your Member of Congress is being shy:

Former congressional staff explain how to make your Members of Congress more accessible.

https://www.youtube.com/watch?v=pXSWjVzdaF8 I know it’s not exactly pertinentto this topic, but this video of comidian James Inman is just to to good not to share

I ran this through my Trump interpretation program and this came out:

Something something ‘invisible protocoll.’

Please don’t. Behind the Guy Fawkes mask are individuals resigning their individuality, ready to attack representative democracy. This somehow got us all in this mess.

This meme is in content and tone very much alike exactly the content the so-called alt-right used against the ‘corrupt elitist political class’ (here: liberals).

The political far-right is very good at appropriating symbols, codes, and even parts of culture from those who the are viciously attacking. Attempts to “reclaim pop culture and memes” are bound to fail. Creativity is the possible answer. Showing your face, openly, and standing up for the rights of others, is important.

If US-americans want to take a page or two out of the tea party playbook, as apparently suggested by the above-linked “Indevisable”, I think they ought to be VERY careful not to go into overdrive.
Polarisation is helping Trump.

At this point I really do wish we could flush the whole goverment and start fresh. However as I neither am capible of being on the front end of anysort of revolt, and I dislike violence as means to get politicol change (because in the past… oh… few decades? Looks like anyone that comes about by way of armed revolt is just a differant brand of boot to stomp on everyone else’s face.)

My problem is even if one party isn’t AS terrible as the other, to me both parties have failed in their intended purpose as ways to help the american people and seem more to exist to help themselves. Term limits? Pay limiting? Vacation and time off? Regulation? Accountability? All dictated by the very people that would receive these benefits, so therefor unlikely to change. Then you have the freaking Jackwagon supporters that turn their noses up at anyone on the opposing side painting them as unthinking crazies out to destroy ‘their’ country SOmething something ‘house divided cannot stand’ and all that. This is not the america I was promised growing up and my options for affecting change, even were I more able bodied, are rather thin on any level local or national.

I picked the picture because end of the movie? It wasn’t the crowd that held guns and bombs, it was the police that stood in front of them that ha had those… and they chose not to open fire.

You call it polarization, I call it fighting back. In whatever ways work best to get us up on our hind legs.

To hell with pandering to their perceptions of us and meekly changing accordingly. There’s a hell of a lot more of us than there is of them.

You call it polarization, I call it fighting back. […]
To hell with pandering to their perceptions of us and meekly changing accordingly. There’s a hell of a lot more of us than there is of them.

Please, think about your “fighting back” approach carefully. Nothing against a good fight, but what about “if they go low, we go high”? I would rather shake hands with some people who are not completely my cup of tea to get something truly important done (like: saving and improving ACA) and to get rid of the reactionary right-wing ringwraiths than just fight on their level. Seeding fear, othering, viciously attacking, telling outright lies, using proto-fascist or at least outright populist memes like The Will Of The People™ which Must Be Heard™ is NOT the fight going to win you ANYTHING. Except, maybe, more outrage from the alt-right meme crowd.

You cannot win in their game.
Unless you make them play by your rules, and you gather your strength, forge alliances and are willing to compromise in the process.

And, for the record, I am far from thinking that “their perception” is something to worry about.

If you have a look at the link, you’ll find a story how the V mask ended up in Trump getting elected. Images do have power. We’ve got to deal with it, and sometimes stop using certain pictures, slogans and memes. For the sake stuff our argument, e.g.

Lance is the worst.