Annalee Newitz's Autonomous: a robosexual romp through an unequal future where biotech patent-enforcement is the only law

Annalee Newitz’s debut novel Autonomous is everything you’d hope for from the co-founder of IO9, a much-respected science communicator with a longstanding sideline in weird sex and gender issues: a robosexual romp through a class war dystopia where biotech patent-enforcement is the only real law remaining, where indentured humans resent the conscious, enslaved robots for making forced labor socially acceptable, and where hackerspaces become biohackerspaces, home to reverse-engineered, open source pharma and GMOs that might just save the future. 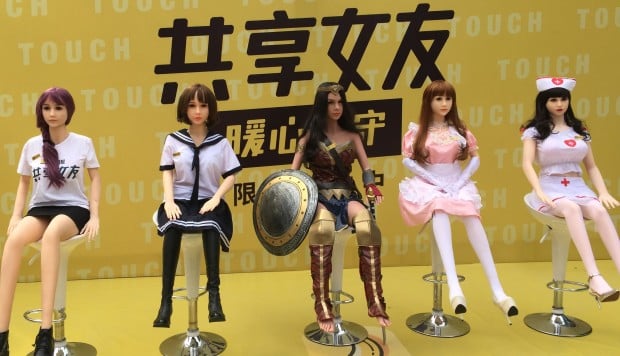 IMO it’s kind of a crap kneejerk reaction to say that the display is vulgar, when it doesn’t look any different from clothed mannequins in chairs. It might be more honest that they find the idea vulgar. Also they link to a Noel Sharkey article who I think is a prat for insisting that a societal consensus is needed over whether or not people should use “sex robots” which are human-looking, but aren’t essentially different from vibrators or other more utilitarian sex toys which are pretty uncontroversial. Apparently a dildo or a fleshlight is not problematic because few people consider those companions? I don’t get it.

My hold on it from my local library’s ebook collection just came through for this! No spoilers, please, I have to finish the Drifters Alliance series first.

@popobawa4u I’ve been watching ‘Chobits’ which is an anime that addresses with how society deals with the advent of ‘persocoms’ which are basically androids. How it affects interpersonal relations, etc. If you’re not already familiar with it, you might want to check it out if you have time. Netflix DVD has it, but not for streaming.

Assuming anime is your thing, that is. I understand that some people don’t see it in a positive light. And this one has many of those traits that people who don’t like anime rail against–male main character from a rural area who moves to the big city and now has lots of female friends and has no idea how to talk to them—hilarity ensues, etc. There’s even the seemingly manditory fan service “let’s go to the beach” episode. But this one has a twist The ‘girl’ (android) saves the main character boy

The Battlestar Galactica reboot played with the “replicants are getting pregnant now!” storyline too, but as always originality of premise is less important than what a writer does with it.

Also sounds a little like vN. Except those robots didn’t need to have sex to reproduce.