Originally published at: Anyone who could make it halfway through a "Fool's Gold Loaf" sandwich in one sitting is a champion in my book | Boing Boing

ingredients included a warm, hollowed-out loaf of bread filled with the contents of one jar of creamy peanut butter, one jar of grape jelly, and a pound of bacon.

The idea of an entire jar of both peanut butter and jelly sounded extreme, so I had to know just how large of a jar we’re talking about, and that’s how I found this article about the genesis story for the Fool’s Gold Loaf: 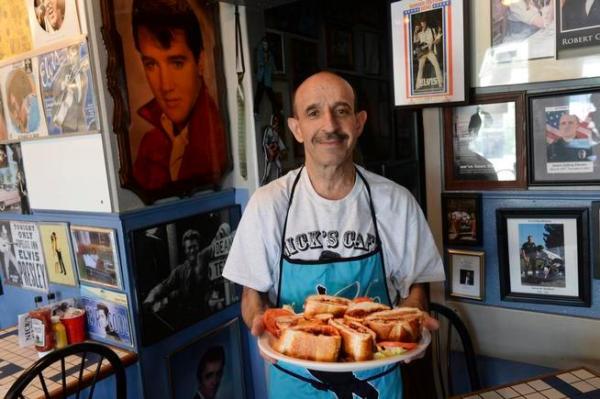 The Colorado Mining Company restaurant is now closed but Nick’s Cafe‘s recipe calls for a 16oz jar of creamy peanut butter and a 16oz jar of strawberry jam (the original used Dickinson’s blueberry preserves), so here’s a pic for size comparison: 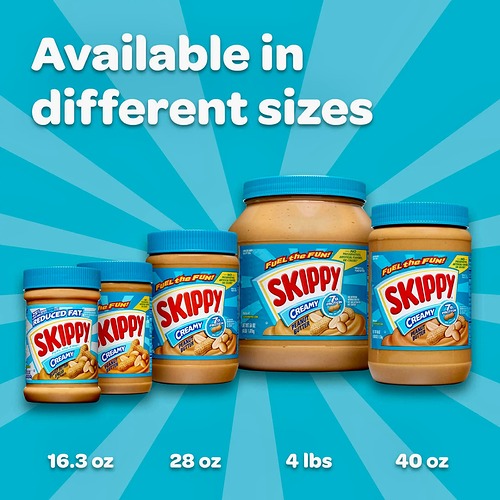 The article above says “serves 8-10 people, or one Elvis.” That’s an unreal amount of ingredients, and I co-sign w/ Popkin, anyone who can finish one of these in one sitting is truly superhuman! ^___^

I might be able to finish one of these, but I would have to accept the superhuman status at my funeral.

The ingredient to me that seems the trickiest is the peanut butter. It’s thick and sticky, in combination with the dry bread, water seems like a necessity to get this monster down.

So thats why Elvis died sitting on the toilet. Mystery solved!

Ewwwww. The sandwich itself sounds reasonable, if shared, but if that’s the best photo they could get…

I was just thinking I’d have no problem finishing one of these, being a rather large mammal. But only if the bacon was actually cooked!

And doesn’t the, what I assume is supposed to be peanut butter on the left loaf half, look like pâté

(I like pâté fine, but not with a pound of bacon!)

Is a spoon necessary to eat one? The ratio of relatively solid substances to relatively liquid paste just seems off to me. Unless the peanut butter and bacon fat somehow combine and create some kind of super-goop?

Maybe I need to picture a much longer/larger loaf? Some kind of mega-baguette?

I could eat a one pound bacon (and cheese) sandwich or a one pound peanut butter and (grape) jelly sandwich.

But the two things don’t belong together.

And, peanut butter and jelly needs a tall glass of cold milk.

but if that’s the best photo they could get…

it does not photograph well.

It looks a little better on Wikipedia… 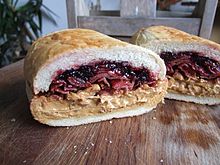 Fool's Gold Loaf is a sandwich made by the Colorado Mine Company, a restaurant in Denver, Colorado. It consists of a single warmed, hollowed-out loaf of bread filled with the contents of one jar of creamy peanut butter, one jar of grape jelly, and a pound of bacon. The sandwich's connection to the singer Elvis Presley is the source of its legend and prolonged interest. According to The Life and Cuisine of Elvis Presley, Presley and his friends took his private jet from Graceland, purchased 3...

(I followed @shichae’s link to the Denver Post above, but didn’t get any images there.)

emmymade did one these, and I was seriously misjudging the size of this thing. I think eating most or even all of this thing by oneself is best left to the titular fool.

Throw a little marshmallow Fluff on that bad boy and now you’re talking.

Frankly, I could at least be persuaded to give it a valiant effort if you subbed in any common pb companion other than grape jelly

Jelly is the worst, and grape is the worst jelly (unless you count petroleum). Get some preserves in there, or even some marshmallow fluff…

Yeah, I clicked because I thought it was going to be something disgusting, like tripe.

Anyone who could take 1 bite of that is a brave human being. If I took a bite and got even a pen head size of that non-cooked bacon I would have to excuse myself and go to the bathroom. Oh my lordy that made me sick just looking at the picture. Bacon has to be crispy crispy crispy.

I wish I weren’t allergic to peanuts.

Just look at what you’re missing…

And I’ve done bacon and PB sandwiches before. But I added banana and fried them.