Apple fires misogynistic employee just hours after he was hired

Second cousin? That means they shared great grandparents. Those dudes were born in 1898 and 1906 respectively. Even the youngest one’s great-grandparents were born in, what, 1840? And they were hers, too? So, maybe three times removed, but he didn’t think his BS through.

Sounds like the last guy you’d want on your side in the apocalypse.

The crazy thing is that the letter didn’t even call for his firing (though it was incredibly well written and supported, so made that outcome inevitable)

Sounds like the last guy you’d want on your side in the apocalypse.

Also I’d like to note that men never seem to think being able to do a traditionally female skill like sewing might come in handy in the apocalypse. No, it’s always “can wrestle a bear and punch firewood right out of a tree”

I saw a lot of that at the beginning of the pandemic… not so much as it went on, as it became clearer that the “survival skills” actually weren’t. (Though that should have always been clear, since it’s a deeply weird, toxic, macho fantasy that even the guys who are having the fantasy couldn’t live up to.) 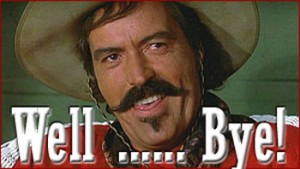 Well, yeah, they can be peons of the Tech-Bro Lords if they really wanna, and it cheers them up to adhere to their weird hierarchy, but come the Mad-Max Apocalypse, they’ll all be trapped in the same slave-pens owned by the mechanics and the plumbers and (as pointed out most wisely above) the seamstresses/seamsters(?) if anyone has any damn sense and wants pants to wear.

…if anyone has any damn sense and wants pants to wear.

If I’ve learned one thing during the pandemic, it’s that pants are optional.

Well that was shitty and misogynistic.

Okay, so let’s be charitable:

you should read the book before you hire them.

Maybe someone on the hiring team did and thought it was good? I can see a tech dude-bro thinking this lazy dreck is “deep” and “cool”.

I mean, all I’m saying is even in the best possible interpretation he’s unsuitable to be hired by any company in any serious position. Which is not the situation we’re in- he’s clearly a fuckhead. But there’s no walking back a memoir where what you memorialized is your own douchebaggery.

Interesting how it’s always a defense and never the start of introspection.

all I’m saying is even in the best possible interpretation

It’s also just wrong. When people show you who they are, believe them.

So yeah-- he’s an absolute asshole.

But can we also point out what a shitty writer he is, also? Did he write this when he was 16, and was it due in 3 days?

I didn’t read your words, because the sloth’s gravitational pull was too strong.

because the sloth’s gravitational pull was too strong. 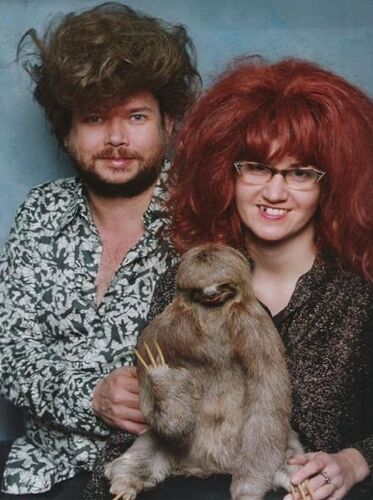 Lol Dude can go fuck himself with a rusty ax sideways, with only rubbing alcohol for lube. @Melizmatic. That was creative and would also be effective!

Lol Dude can go fuck himself with a rusty ax sideways, with only rubbing alcohol for lube.

Dunno if we really need to use sexual violence to criticize this jerk, though.

As I’m sure the gentleman in question would say, it was only a joke.

well, women just need to be more polite to misogynistic men and not make violent jokes like that… clearly, that’s the root of all our troubles… If we were just a little nicer, men wouldn’t demean us, rape us, kill us, on a constant and unending basis. Maybe we should try to smile more… /s