I watch TV…we all know they talked.

Now I want to know if the sound designers for Jurassic Park used slowed down bird calls because these all seem like familiar background sounds for a dinosaur movie.

Going even further, there is no evidence that dinosaurs actually had voiceboxes, as it is a soft tissue organ, which don’t fossilise well.
The sound dinosaurs made probably came from resonating air in nasal/skull cavities…

The second sentence here does not follow from the first. Absence of evidence is not evidence of absence, as someone once said. The voice-boxes may have existed; there’s simply no evidence either way.

i have something better:

I used to record birdsong when I was still at school, just so I could slow it down a quarter from seven and a half inches per sec to one and seven eighths. It was only later that it occurred to me that if you want an one eighth speed to authentically simulate big jungle animals (my principal aim), your mike has to be sensitive to really really high frequencies and your recorder similarly capable. Recorders aren’t so much of a problem now, but such mikes are damn expensive.

Absence of evidence is not evidence of absence, as someone once said.

I think the someonely-said thing you’re looking for is “Absence of proof is not proof of absence”. Which is true. Absence of evidence, on the other hand, may legitimately be evidence of absence. It depends. Which is not to say you’re wrong to call’m out on that one. I’ve no evidence there.

Are birdcalls “slowed down”, or lowered several octaves, examples of what the non-avian dinosaurs would have sounded like?

Technically, I suppose absence of evidence is not evidence.

Well, there is that. Or isn’t.

You remind me of a project post mortem. As a consortium we all got on with eachother, worked very well together and it was all deemed a success. This did not stop the eurocrat overseer remarking “As for the quality of collaboration - no evidence.” I think he just omitted to say ‘presented’, but who can really know?

Checking in to duly note that a few birds actually lack a syrinx, such as the Black Vulture. As a result, it makes some fun sounds:

Black Vulture Sounds, All About Birds, Cornell Lab of Ornithology

Also, various kinds of birds use feathers to make sounds: 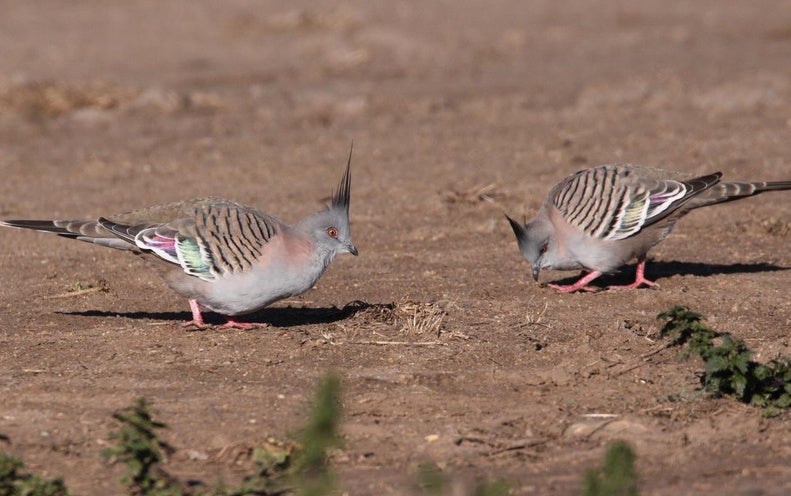 The crested pigeon, found in Australia, has a modified wing feather that helps produce an alarm signal sound to warn other birds when there's trouble.

Dive-Bombing Hummingbirds Let Their Feathers Do the Talking

Would we know if the voicebox had a precursor organ or not? How likely is it one existed and it never got preserved?

Well I just have to wonder what the Priests of the Temples of Syrinx and their great computers would have to say about all that!

As a matter of math, specifically conditional probability, absence of evidence is always evidence of absence. It is just usually such incredibly weak evidence that rounding it off to zero is the right move in practice.

If it’s not on file, it doesn’t exist, and never has.

After a couple of years I realised that in the time I argue about sense or nonsense (or just rant about something), I can just as well slap together something the auditor is bound to look for, which will be the proverbial cherry on top of the cake that is the metaphor for my documentation. Bonus points if you use forms and provide an index. Once you’ve got the templates, easy as pie.

Not so many birds, except for the baby-dinos, apparently. Fucking tortoises, yes, birds, less so: If people knew where the sounds came from, the movie would be rated R, laughs Jurassic sound designer Gary Rydstrom.

If people knew where the sounds came from, the movie would be rated R, laughs Jurassic sound designer Gary Rydstrom.

For the T-rex in particular the answer is a mix of animals but primarily a Jack Russel and for the roar it was a baby elephant. Other notable sources for dino sounds was a mating tortoise, a female horse in heat squealing, donkey breying, etc.

Reminds me of this.