Are You Wrestling With Trump Fatigue?

I’m afraid not to look at the news in the morning in case some new horrible shit has gone down overnight.

I felt the same way until I realized that the horrible shit will or won’t go down whether I’m aware of it or not. And it’s not like I have any say in the matter. Why worry about stuff you can’t do anything about?

Why worry about stuff you can’t do anything about?

I have this terrible habit of worrying about stuff that will actively affect the quality of life for myself, my friends, and my family, and could result in wars that kill millions.

I felt the same way until I realized that the horrible shit will or won’t go down whether I’m aware of it or not. And it’s not like I have any say in the matter. Why worry about stuff you can’t do anything about?

Exactly. I’d rather worry about how I’m going to get into a position where I can make positive change, instead of obsessing over the negative changes I can’t possibly influence.

I remember the Bush II years, where we all knew our President was basically an incompetent doofus

For all his faults Bush II at least seemed believe in the institutions that he represented and tried to govern (he just did a shit job). 45 doesn’t even have this going for him - he’s an utter nihilist that only represents himself and his interests.

There’s a Gorey illustration for every situation

I have this terrible habit of worrying about stuff that will actively affect the quality of life for myself, my friends, and my family, and could result in wars that kill millions.

wish it was catching

I have this terrible habit of worrying about stuff that will actively affect the quality of life for myself, my friends, and my family, and could result in wars that kill millions

Refuse to participate. Question authority. Question your sources of information. Trust nothing you hear without verifying it in some way. And be selective. Otherwise, you risk insanity.

Related to what you said:

If you’re overwhelmed and losing your shit, take a break. Play with your kids. Walk in the forest and binge-watch a tree. Read some Pratchett. Do whatever you need to do in order to regain your balance.

But once you’ve got yourself together, step back up. This is an all hands on deck situation; folks can’t afford to pretend it isn’t happening.

And there is a key point. Worry is counterproductive unless it is matched by action. So:

Freaked out by Trump? Feeling powerless and afraid? There is a way to deal with that. Organise, and do something. But the first part of that is “organise”. So: http://www.dsausa.org http://blacklivesmatter.com https://www.redneckrevolt.org http://pinkpistols.org And many others. There’s room for everyone. If you can’t handle a street protest, you can handle the mail. If you’re strongly pacifist, there’s a need for medics. If you’re smart, they need brains. If you’re strong, they need tha…

It spurs me to action. It encourages me to contact my lawmakers. It reminds me that what Trump does affects me, and you, and all of us directly, and we can’t be complacent and stick our heads in the sand because we don’t want to be stressed out.

How does “not worrying” help you?

Those words are in air quotes because you posted the thread; which would seem to indicate that you yourself are not all “footloose and fancy-free” right now.

People are gonna feel how they feel; and emotions aren’t rational or logical at even the best of times, let alone during ‘strange days’ like these.

It may not be “helping” anything, but that’s what it is. 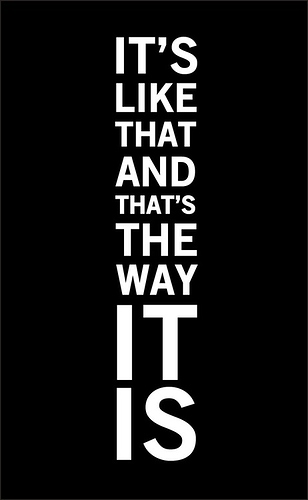 At this point, I go on because that’s all I know I how to do in the face of such relentless fuckery.

I keep striving, hoping against hope, while keeping my eyes on the horizon; praying that we may live to see the dawn. 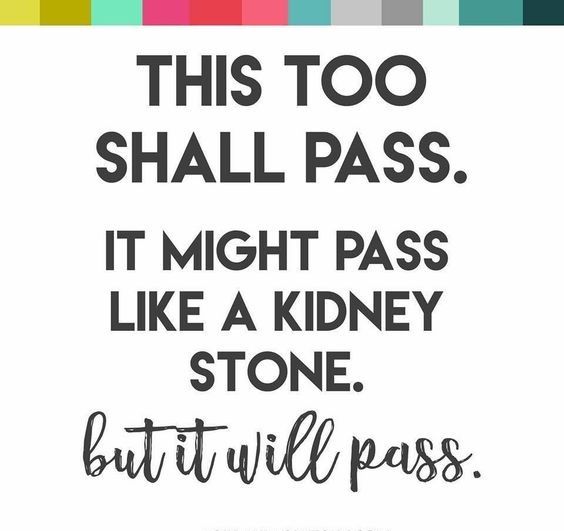 A unicorn chaser for this thread is needed.

Worry is counterproductive unless it is matched by action.

To get to action, past the worry, requires some thought. If you aren’t equipped, you can’t do it. (‘You’ in the general sense, not you, Wanderfound.) But it’s easy to equip with some key info.

The modern age has arisen from humankind’s desire to make survival easier, with invention. However, invention has remained mostly in the physical world, and in the thinking mind but has not been attended to well at all in terms of the psyche.

What has happened is that our clever inventions have brought great relief and physical convenience, but have increased people’s stress levels in many other ways. “Stress,” that vague term, manifests very specifically in the mammalian fight-or-flight response. Long term, sustained fight-or-flight becomes hypertension, obesity, cardiovascular disease, mental disorders like anxiety and depression, and ten thousand other psychopathologies. There is a ton more to say about this. That’s the extreme nutshell version.

But the point is: if you don’t know already, then you need to know the physical manifestation of our modern woes. Technology, the way we do it, induces our state of being. You don’t watch TV. You ARE your TV.

The American media, the Trump machine, our movies, TV shows, the news, articles and social media platforms are designed for one thing: to evoke as strong a reaction as possible, to keep your eyeballs and concentration entrained. In the last 30 years or so that I’ve been paying attention, those messages have been refined so well that the reactions are precisely timed, finely tuned and utterly predictable. “They”'re playing us like a six string guitar.

The news is designed to incite your rage. Fight or flight. Trump’s every statement is designed to evoke your reaction. The media who cover him take everything he says and does and amplify it tenfold. A hundredfold. Why? To get you to react. They want to eat your soul.

Don’t give it to them!

Fight back, HARD! Fuck the TV. Throw it out the window. Fuck the newspapers and mainstream media. Fuck CNN and Fox and all the rest. Be very selective about your sources and turn your skepticism up to 110.

Vote for the sanest candidates you can find. Don’t make dumb, idealistic decisions and let another soul-eater get into the Oval Office. Don’t! This is practical. Do you want your soul eaten or not? Well, now you know what to do.

A unicorn chaser for this thread is needed.

Meh. Are we sure Dr. Kitty can save that patient?

Camus, if I ever saw him paraphrased succinctly.

Keep rolling that stone. I’ll try to do the same. And while we will never be satisfied with the result, we keep moving. Rolling. Rocking. All the way. 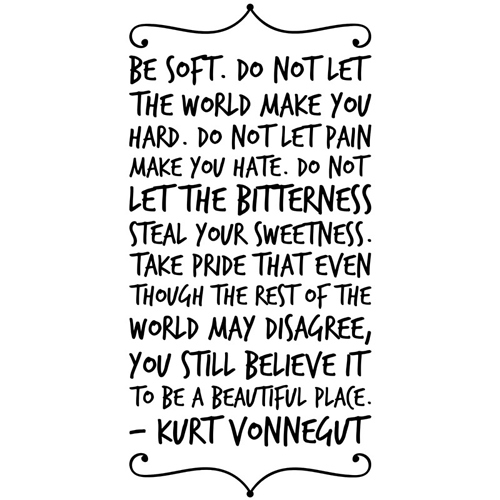 @milliefink, @Melz2, and @nungesser, too.

Be soft. Do not let the world make you hard. 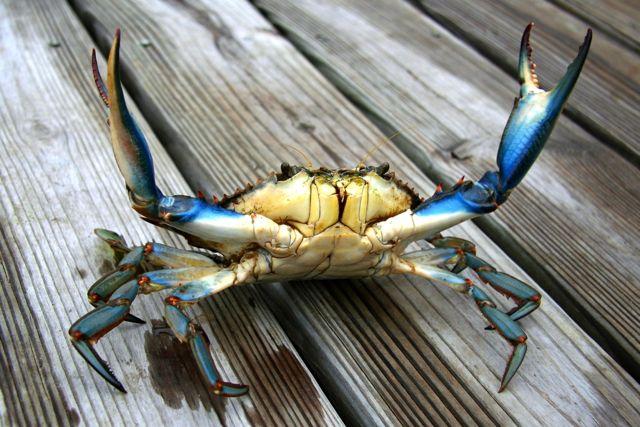 Mess with crabby, you get the stabby.