We’ve arrived at a political stage in the states where:

is akin to “Unexpectedly Water is Wet”

The gop has decided that it will retain/increase power only by non-democratic means. (hell they have agents running about declaring that “‘of course’ the U.S. is not a democracy!”) So, until they just go with armed coups of every state capitol, it must be subversion of the voting process. Now where are the pinch-points? Well, they vary by state, yet every state has some sort of elections oversight concentrated in a single office. So, bleed’n obvious: you need an anti-democracy puppet in that position meant to assure democracy. They’re anything but subtle and we should be anything but surprised. -sigh-

Finchem attended a QAnon conference in 2021 in Las Vegas,

Which was monitored carefully by law enforcement: 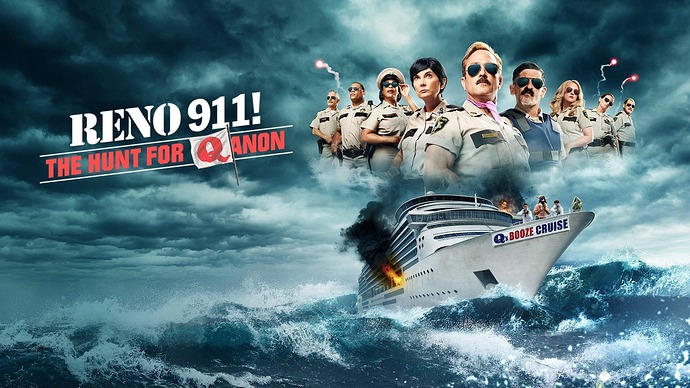 We can laugh at these nutballs, but this is part of a nation-wide GOP strategy to undermine the results of the 2024 election and install whichever fascist ends up getting their nomination.

This kind of thing isn’t why I left AZ after 60 years, but it’s a big part of why I’ll never willingly go back.

Doing this is a good way to get the opposite of what they want. Instead of slowly using ALEC to subtly change state laws to put a thumb on the voting scale, having this guy as secretary of state is going to result in pre-emptory lawsuits that will have judges overseeing every tiny detail of Arizona’s elections. Depending on which judge(s) are overseeing things, Arizona might end up with the most open, fair elections they’ve ever had.

They’re in a rush now. They know that time and demographics are against them. I hope their haste ends up backfiring on them.

I do think there’s a playbook out there, guidelines even if there isn’t direct co-ordination. Crappy players naturally find themselves drawn to a crappy game

Yeah I didn’t have a choice about moving out when I was 8, but once I was an adult the family out there bugged me for years about moving back. I didn’t for a long time due to having built a life elsewhere…

Now, it makes practical sense given an aging parent in state and two one state over, my daughter being able to spend time with cousins her age, cheaper cost of living, etc. But the heat, the fear of what climate change will do there soon, and this kind of thing in the news weekly there make me assume it’s a hostile environment for my family and we should just keep looking.