No longer a trash can, now he looks like a vacuum cleaner. 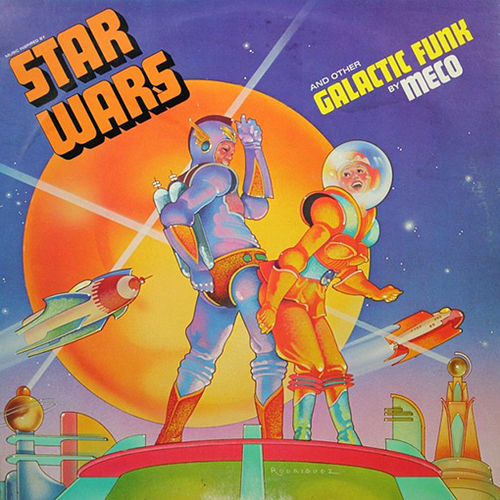 Hardware Wars is a 1978 short film parody of a teaser trailer for the science fiction film Star Wars: Episode IV – A New Hope. The thirteen-minute film, which was released almost 18 months after Star Wars: Episode IV – A New Hope, consisted of little more than inside jokes and visual puns that heavily depended upon audience familiarity with the original. The theme song is Richard Wagner's famous "Ride of the Valkyries". The film begins with the text "Meanwhile — in another part of the galaxy — ...

We had this one on 8-track!