I first saw Hardware Wars in about 1980 when they showed it at the local library along with Porklips Now. I had no idea what was going on, but I thought the flying toasters were hilarious.

Who could forget the adventures of Fluck Starbucker and the gang? Artie Deco, Ham Salad…

I have a vague memory of watching this on film borrowed from our library. Public libraries apparently were the original source of viral videos.

I recall this being a staple at SF conventions back in the day. Still funny. “Basketball is a peaceful planet!” Hardware Wars is a 1978 short film parody of a teaser trailer for the science fiction film Star Wars: Episode IV – A New Hope. The thirteen-minute film, which was released almost 18 months after Star Wars: Episode IV – A New Hope, consisted of little more than inside jokes and visual puns that heavily depended upon audience familiarity with the original. The theme song is Richard Wagner's famous "Ride of the Valkyries". The film begins with the text "Meanwhile — in another part of the galaxy — ...

I saw this when it was probably new, at my very first Nerd-Con. It was a double feature with Bambi vs Godzilla.

My parents used to borrow a film projector and screen and a film reel of Hardware Wars from the library for my birthday parties, for a couple of years running.

I remember thinking it was funny, even though I’m reasonably sure I had not seen Star Wars at the time. But in retrospect, it was probably in part for my parents’ benefit…

Since it was already mentioned:

It was a double feature with Bambi vs Godzilla.

Yes! They showed that, too, which blew my mind at age five or six.
I’d seen Star Wars multiple times, but was utterly confused by Porklips Now. I remember my dad cracking up at the guy huffing carbon monoxide.

I got to meet Ernie Fosselius while working on a documentary several years ago - and as for as Star Wars parodies go, of course, I’m partial to one of my own contributions, THE JEDI HUNTER: https://www.youtube.com/watch?v=8ffeLRuKCI0

And you should definitely check out the PINK FIVE films, if you’ve never seen them: https://www.amazon.com/The-Pink-Five-Saga/dp/B01I5T94IG

Yes! Bambi vs. Godzilla! I saw them together, too. At school.

It was Princess Leia’s cinnamon bun ‘hairdo’ that got me.

Decades ago some flounder in the street handed me free tickets to see a new movie in the theater. I thought, “what the hell, let’s go.”

As the film began, I soon realized that it was to be a satirical take on Star Wars. Almost immediately, the audience began to groan at the jokes. Soon, members of the audience were heard to cry, “No! No!” before the horribly telegraphed jokes even landed on the screen. A rancid stench of hatred boiled up from the audience. When they handed out the focus group questionnaires, many were soon deftly folded and airborne. And that’s the story of how I got to see “Spaceballs” for free, which is still not as good as this film and inexplicably beloved by people who weren’t there, man.

Ernie Fosselius, at the first Maker Faire in 2007: 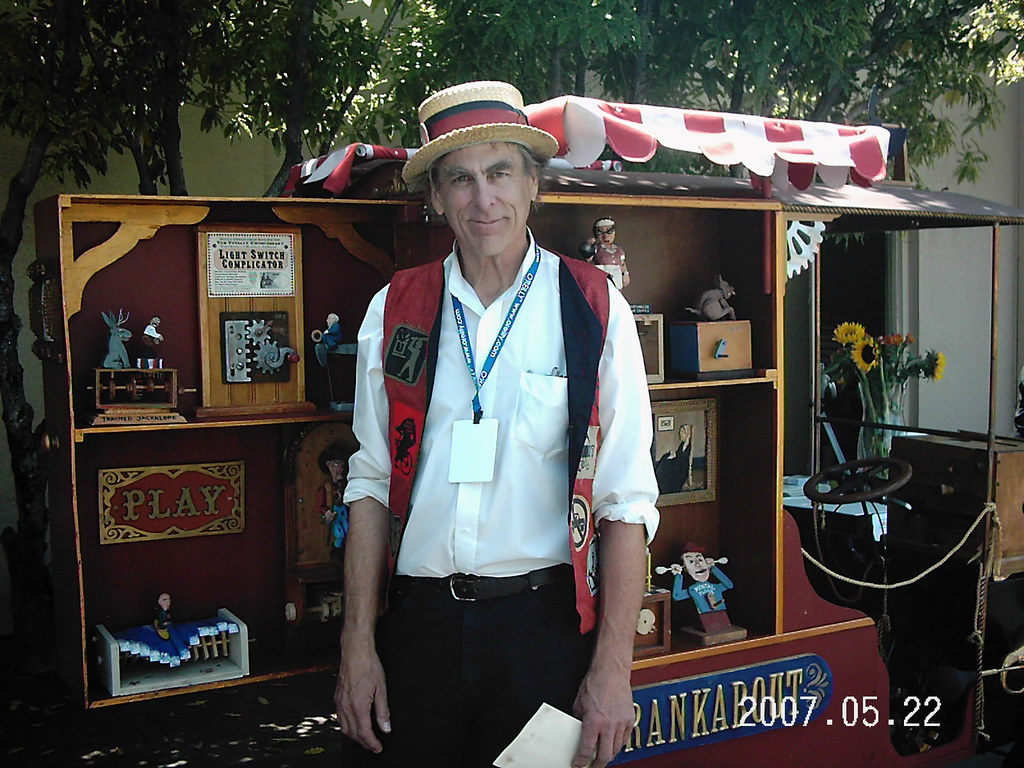 Does anyone remember this?

So I first saw this on HBO, when HBO was a box on your TV with a button on it. It wouldn’t come on until sometime in the afternoon, but if you turned it on before then, it would sometimes show something random before whatever movie would be coming on. One fine day, I was gifted with “Hardware Wars” and “Closet Encounters of the Nerd Kind”. The latter was one of the funniest things I had ever seen up to that point.