There are experts here?

##YOU BET THERE ARE!

There are (imperial) TONS of experts* in these forums on a regular basis, reading and posting away.

And they’d be HAPPY** to answer*** your questions!

* for certain, limited definitions of the term “happy”.

** answers may not actually resemble answers given by other experts in other places. YMMV.

So, who’s ready to ask questions (and answer them) as we play

Q: Why not bang my head against the wall while I’m at it?

A: As a method of relaxing, head-banging leaves something to be desired (once you are past the age of 18 months where it does release a parent-scaring amount of serotonin). As a method of driving nails, it also leaves something to be desired - namely, a callus thick enough to keep the skin from being damaged. In order to callous* your forehead, work your way up with a weekly regimin of chopping wood with a forehead-ax, digging with a forehead-shovel, hoeing with a forehead-hoe, and doing non-nail-involving forehead carpentry. Ted Williams used to callous his forehead by excessive forehead batting practice. Peeing on your hands, despite popular myth, will not assist in callus formation. In a matter of weeks, you’ll be able to bang your head against a wall – and hang that picture while you’re at it!

The so called medical experts at the hospital seem to think that my horn should be removed… (They just want to grind it up so they can keep their dock hard) I think that it is beautiful and elicits promises of rainbow farts. Experts of the BBS, what should I do?

A: You should probably listen to your doctors. A soft dock is no laughing matter, and you wouldn’t want to happen to the people that run the hospital, right? 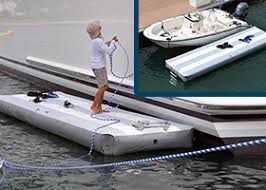 Why is it that pulling my hair out is so ineffective?

When I read about the exploits of wealthy people who’ve long since expunged every drop of compassion from their character, and who have a howling void in their souls where a conscience should go, it makes me want to pull my hair out.

But that never seems to change anything…

Dear BiB,
Don’t do it!
You are playing right into their hands… The ultra rich genetically engineered hair collecting nymphs that they employ to gather the massive quantities of follicles forcibly removed by the frustration of the proles. This hair is then turned into wigs and toupees for the fabulous rich.
They control you sheeple by adding massive quantities of fluoride to Baltimore’s water. The best thing that you can do for yourself and America is to join End Water Fluoridation Baltimore!
NOTE: the nymphs do have a sense of humor - they only collect Trumps hair from the gutters of horse stables.

Experts of the BBS, what should I do?

This topic was automatically closed after 538 days. New replies are no longer allowed.